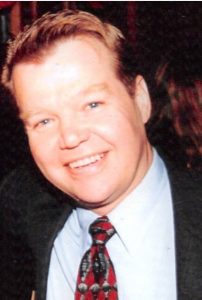 Prominent Glasgow Attorney, Timothy Justin Gillenwater, known by friends as “Tim”, died peacefully on Sunday, February 6, 2022. He was at his home in the South Fork community of Barren County, Kentucky, in the loving care of his devoted wife Kimberly Gillenwater. He was 70 years old.

A beloved father and husband, lawyer, storyteller, political leader, poet, rugby player, and mentor, Tim was born in Glasgow, Kentucky, on February 19, 1951. He was the eldest of three children (Tim, Emily, and Mollie) of James Edward Gillenwater and Marquita Peel Gillenwater, whom he called Judge and Keeta. He grew up in the Norris Court neighborhood, near his grandmother Lillian “Dede” Gillenwater, before the family moved to their farm on the South Fork Road in 1962.

In 1969, Tim graduated from Glasgow High School, where he was a multi-sport athlete, especially accomplished in track and field. He went on to study at Western Kentucky University in Bowling Green, where he obtained BAs in both English Literature and History in 1973. Tim’s studies at WKU cemented a passion for language and letters that would shape the rest of his life and the lives of all who knew him.

Tim followed his bohemian interests by moving to Paris, France in 1974, where he spent a year learning French and working on a ship moored along the Quais of the Seine. During that year, Tim trekked throughout Europe and Asia—including walking the Khyber Pass between Afghanistan and Pakistan—sparking a love of international travel and adventures that he would also pass on to his children.

After returning from Paris, Tim attended law school at Vanderbilt University in Nashville, Tennessee, graduating with his JD in 1977. At Vanderbilt, he picked up the sport of rugby, another lifelong pursuit and legacy Tim would pass on to his sons.

Tim began his legal career in Louisville, Kentucky, where he served as an Assistant U.S. Attorney under his friend and mentor Albert Jones, U.S. Attorney for the Western District of Kentucky. He continued his rugby career there with the Louisville RFC, where he played as a loose forward and served as the team’s poet laureate over the next decade.

Through rugby, he met his first wife Jeanette Brown. Their eldest son, Timothy Justin Gillenwater Jr., was born in Louisville in November 1980. Shortly after, Tim moved back to the family farm in Glasgow, where he joined his father Judge Gillenwater’s law practice, and where his second son, James Evans Gillenwater, was born in July 1983.

Over his 40-year career practicing law in Glasgow at the Gillenwater & Hampton firm, first as a criminal defense attorney and then predominantly as a personal injury lawyer, Tim tried cases around Kentucky in both state and federal court, and argued in front of the U.S. Court of Appeals for the Sixth Circuit, securing some of the largest verdicts and recoveries in Barren County history for his clients.

Tim was a political leader in the community, winning the Democratic nomination for County Judge/Executive in 1993 and serving as the longtime Chairman of the Barren County Democratic Party, which was headquartered at Tim’s office building at 103 East Main Street in Glasgow for years. Tim was passionate in his conviction that everyone was entitled to equal access to educational and economic opportunities.

Tim married his longtime partner Kimberly Harrison Gillenwater on April 3, 2013, in the Grand Cayman Islands. They frequently visited the Caribbean to pursue their shared love of scuba diving, and he traveled all over the world with his wife and sons—throughout Europe and from India to Argentina to Antarctica. Tim was also proud of his Scottish heritage and was active for decades in the Glasgow Highland Games, serving as the Chairman of the Clan Chisholm Society in America.

Tim personified intellectual curiosity. He was a lifelong student with an insatiable hunger for knowledge and stories, as anyone who listened to him recite one of the hundreds of poems (from sonnets to limericks), jokes, aphorisms, and anecdotes he knew by heart can attest. Poetry was truly his life’s language: the Romantics (Keats, Byron, Shelley, Wordsworth) were among his favorites, and he frequently quoted Khayyam, Shakespeare, Rossetti, Meredith, Yeats, and Millay as well.

Tim was also a lifelong mentor and teacher to many and had an outsized influence on all the lives he touched. He was a trusted advisor–a rock–to so many in the Glasgow community, and he was always ready to bring his analytical mind to bear, not just to offer legal counsel, but to help his friends find solutions to their day-to-day problems. Anyone who met Tim Gillenwater will recall books recommended, wisdom imparted, pranks played, toasts around the table at South Fork, and laughs shared.

His generosity and love of animals were also defining characteristics: over the years, he and Kim opened their home in South Fork to dozens of people and a multitude of dogs, cats, horses, goats, and other critters in need of shelter. They both were longtime supporters and donors to the Barren River Animal Welfare Association (BRAWA).

Tim was preceded in death by his sister Mollie, his father Judge, and his mother Marquita. He is survived by his wife, Kim; his sons, Justin (Nicole Sakai) and James (Chloé Bordon); his granddaughters, Gabriella and Camille Gillenwater who called him “Papa G” (daughters of Justin and Nicole); his sister, Emily Laird (Roger); nephew, Kirk (Emily) Laird; and nieces, Mollie (Jamie) Freeman, and Dayton (Matt) Parr; and beloved cousins, and great-nieces and nephews.

At his request, there will be no public service. A memorial gathering will be held at a future date for family members and a few close friends.

Any desired expressions of sympathy may be made to BRAWA.