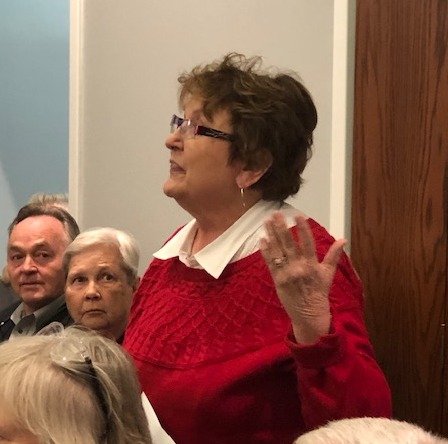 A special called meeting of the Edmonton City council was held on Monday, February 7th. The council room was crowded with locals to speak on behalf of saving the Mosby Ridge iron bridge.

The council, as of the meeting date, had not given an answer to the Kentucky Transportation Cabinet as to whether they want the bridge or not.

Carol Perkins spoke on behalf of keeping the bridge saying, “In other counties, they have done this. Individuals have done it, cities have done it. We have an opportunity here. Money seems to be the talk here, but let’s face it, all you sitting up there knows the city has a lot of money…vote for the future.”

Richard Hines and Dean Rowe spoke about the history of the Mosby Ridge truss bridge which was built in 1911 by the Champion Bridge Company in Wilmington, Ohio. It was shipped by rail to Campbellsville and then by wagon to Metcalfe County.

Rowe explained that all those types of bridges were used twice, first on the main highways, then reused on a rural road. Richard stated, “Right now there’s 4 truss bridges in District 3.”

Kay Harbison spoke next saying, “I don’t know that much about bridges, but I am for saving bridges…anything that’s related to our history.”

Former Judge/Executive Donnie Butler, “I do support the bridge, I think it would be something nice to have, but my reason behind it is a little different than some that have been expressed here. My reason is in-kind contribution…key to the whole project…there are other projects that will go along with this. Concentrate on one at a time. The first one is getting the bridge up.”

After all the discussion, the council approved the motion for the Mayor to accept the bridge from the KY Dept. of Transportation.

City Clerk Dawn Devore reviewed the list of grant possibilities plus match percentages for the Edmonton Memorial Park Project along with Precision Engineering LLCs cost proposals for the project which includes the option of reinstalling the iron bridge.

The project is in the beginning stages and the costs are all estimated at this point, however, the estimated cost of pouring bridge abutments/footings is $35,000, reassembling the bridge is $100,000 and painting it $45,000. The entire project estimate includes dirt work, buildings, amphitheater, lighting, walking trails, parking lot, drainage, water/sewer, plus the bridge is estimated at $2,368,700.

It was also noted that the original Edmonton Memorial Park and the City Hall building would be paid off in 2023 and 2024.

The council approved for Mayor Smith to sign the 3-year Extension Lease Agreement between the City of Edmonton and Community Action of Southern Kentucky, Inc. for their location at 404 N. Main Street, Edmonton. The lease extension is effective from March 1, 2022, through February 28, 2025.

Attorney Brian Pack reminded the council that any ordinance relating to mayor or council compensation would need to be read/voted at the next two meetings because of the deadline. No action was taken.

A copy of the job description for the position of Fire Chief was given to each council member for reading prior to the next meeting.

The Edmonton Fire Chief Jerry Clemmons presented the January runs as 1 wreck, 7 medical, and 5 lift assists for a total of 13 runs.

ABC Administrator Fred Ray reported that IGA and Dollar General’s licenses to sell alcoholic beverages have expired and they will need to refile with the city and state in order to sell the products. 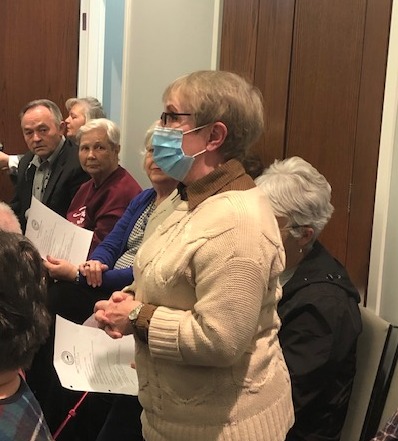