The Story of The Way Church 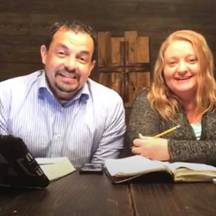 Paul and Angela Grider plan to continue bringing more events to their community through their ministry at The Way Church.  Photo submitted.

Paul and Angela Grider began attending Caveland Church in Cave City in 2008 where they quickly began serving within the church through the sports and youth ministries. Fourteen years later, they now lead their own church, though their path to get there was somewhat of a broken road.

“Our story is very different from many ministers,” explained Paul. “Our lives were a mess. Everything had spiraled out of control into a dark abyss of sadness, pain, and addiction. At the bottom of that pit that we had dug for ourselves, we had nowhere else to go, no hope, nothing left, and in the final moments as we were about to give in, give up, and be done with life itself, we cried out to Jesus and He shined His light into the darkness that was our life. Jesus set me free, set my wife free, and brought us into a New Life in Him.”

“When this all started I was reluctant because I didn’t think I fit the mold of a pastor’s wife,” said Angela. “I didn’t look or sound like the other pastor’s wives that I had been around. They all seemed so perfect and put together. So it was a struggle for me, but after much prayer, God revealed to me that if he wanted someone else, He would have called someone else. He knew exactly what He was getting and that is why He chose me for this calling. We have been challenged and blessed over and over through this whole thing, but God has always been faithful.”

Paul and Angela knew they wanted to “plant” a brand new church, which is a modern term referring to a new, local Christian congregation being established.

“Church planting is an amazing and challenging experience,” said Paul. “We did it without any help from any other churches or organizations, just an awesome God and a few incredible people. We always say we had 400 bucks and a prayer. Someone gave us $400 because God told them to, and we put it away until the right time. We used it to pay the rent for our first meeting.”

Paul and Angela inquired about the abandoned building previously known as both The Horse Cave Theatre and Kentucky Repertory Theatre, which closed in 2013 after 36 years of operation. Originally, the asking price was too high, so the Griders began meeting temporarily in Cave City.

“We actually started the Way Church in the Cave City Convention Center and are grateful for that opportunity,” said Paul. “We were there for 18 months, hauling everything in, setting it all up, and then tearing it all back down and carrying it back out every week. These are fond memories. Then as we knew our time of being able to use the Convention Center was drawing to a close, we were serious about finding a permanent home for The Way. We checked with the bank on the theater property and the price had fallen drastically, so after a lot of prayer and many conversations we agreed to terms on the purchase of the building.”

The Griders were excited to tell everyone their news, but their excitement was short-lived as they were soon presented with paperwork stating that no religious services of any kind could ever take place on the property of the former Kentucky Repertory Theatre.

In 1996, the theater had received a grant from the federal government for $500,000 to renovate the previous old barn into the modern theater it became. Included in that grant was a covenant which specifically stated that no religious services could ever take place on the property and that the covenant was intended to follow the real property. This meant that even if the property changed hands, or even if the building had been torn down and another built, the covenant would remain intact.

“We spoke to various agencies and lawyers, and they all told us the same thing: NO,” said Paul.  “The official I spoke to in Atlanta told me that a covenant like this had never been broken in the history of the United States of America. I remember him laughing at me when I told him that God was going to break this one…So we prayed and fasted a lot. Then we reached out to our United States Congressman’s Office and got a meeting set up. We explained the situation and they went to work for us. (They) went through all the proper channels to have the covenant revised.”

After the revision passed through the appropriate committees, The Way Church paid back a depreciated sum of the grant (10% or $50,000), and they were presented with a revised covenant that removed the stipulation preventing religious services, officially making national history.

“Our lives have changed drastically,” said Paul. “There was a time when God was the furthest thing from our lives and now He is the center. We base our marriage, our parenting, and our entire lives on the things of God and His ways. It is amazing to look back and see how far God has brought us and the incredible opportunities that He continues to present.”

The mission of The Way is very simple:  Love God, Love People.

“We hold that (mission) based on the words of Jesus in Matthew 22:37-40,” said Paul. “Having been down a path of sin and darkness in our past, God uses those experiences to give us the tools we need to be able to reach those who are far from God.”

The Way Church, which is located at 107 E. Main Street in Horse Cave, has two Sunday Services, kids classes for all ages, a Recovery Program which will relaunch this spring, a Sidewalk Ministry within Hart and Barren Counties, missions for the homeless, and participation in Mission 615, which is a mission for inner-city kids in Nashville. The Way also supports an orphanage in Haiti called Good Samaritan and a ministry combating sex trafficking.  There are various outreaches through the community and schools, as well as men’s and women’s monthly ministries. They have also hosted nationally-known Christian bands, such as Seventh Day Slumber and Union of Sinners and Saints, as well as two Christian Comedian Nights. The youth group at The Way is very active, preparing to attend Winter Jam, The Ramp, and The Send all before the end of May.

The Griders have no intention of slowing down, planning to bring more events to the community they love so dearly.

“We are so blessed to do the work of the Kingdom of God for this community and plan to do so for many years to come,” said Paul. “If we can tell the whole world one thing it is this: Love God, Love People. That’s what matters.” 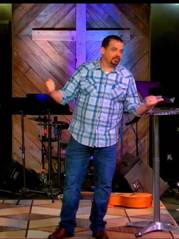 According to Paul Grider, Pastor of The Way Church, his story is very different from many ministers, saying “Our lives were a mess.” Photo submitted.

The Way Church has two Sunday services at 9:30 and 11:30 a.m., along with other programs and opportunities for individuals of all ages. Photo submitted.