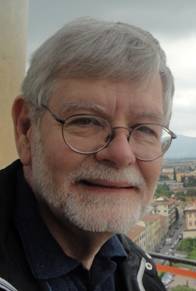 “I’m not upset about leaving. This was something I didn’t like doing, but I needed to do from the start.

Glasgow is not a wealthy town filled with wealthy people. The average household income is said to be about 28-thousand a year. We have a lot of citizens that are retired, fixed income, and on social security. Most of those working are working at minimum wage. The fact that those less fortunate were paying more per kilowatt-hour than I did bothered me.

Dumping higher costs of power on those that could least afford it is not fair and I don’t think anyone should want that.

This plant was bought and paid for by the citizens of this town who wanted a better deal on their electric prices and they expected that this could give them a better deal. It’s my view that the customers of this plant own it and they should share any benefits equally.

Since I won’t be voting after today there are some things that I would recommend.

Base Rate:  TVA indicated its gradualism would allow the residential base rate to be lowered further this year. I would like to see it dropped down to the $15 per month consistent with SCRTC. A low base rate keeps the price per kilowatt the same for everyone.

Internet Security:  I recommend that Internet and computer security be audited and email security enhanced. I don’t know about others, but I’m certain at times my personal email has been breached.

Community Relief:  I would recommend the $50-thousand a year contribution to the community relief be continued with regular audits to make sure it is the correct amount and only going to our customers who find themselves in desperate conditions and need it.

Rates:  I would hope the board never returns to timed, demand, or multiple rates for residential customers.

Having some people pay different rates for the same product, no matter how altruistically or thoughtfully intended, breaks the community into groups that soon resent each other.

This then exposes the board to a political seesaw and public derision and is a guarantee for disaster.

Getting and keeping good people on the board and in charge of the plant requires stability and a lack of conflict. No one of substance wants to work in an environment like that and the people really needing to participate (and contribute in making this plant effective for Glasgow) won’t come.”

After the meeting, Froedge told the Barren County Progress that his service on the board resulted in unintended repercussions.

“In participating on the Board, without question, I lost a number of friends,” Froedge said, “Some of which I do not regret; some of which I do. If your friends are intolerant of your views, however, they are not very good friends.”