Amy Brown Loyall has performed at the Lincoln Jamboree in Hodgenvill for over 40 years. Photo submitted/S&N Photography.

When Amy Brown Loyall was a young girl, she wasn’t always sitting at home playing with dolls and other toys. No, you could often find Amy singing and performing, something she has always enjoyed doing.

A native of Cave City, Amy began singing at the age of three. When she was just five years old, she entered a talent contest at the Lincoln Jamboree in Hodgenville.

“After that talent contest, Joel Ray Sprowls, owner of the jamboree (at that time), invited me to make guest appearances on the show,” Amy said. “I’ve been a guest entertainer for approximately 41 years now.”

Amy has performed in a variety of shows at the Jamboree and has also met many other talented singers.

“I have a lot of memories from singing. Some are funny, some are not so funny, and some are just memorable, “Amy said. “One memory from the jamboree, when I was about six or seven years old, Joel Ray Sprowls (former owner), invited me to sing at a revival at his church, Buffalo Baptist Church. When my family and I got to Hodgenville to meet him, Joel Ray had his limousine waiting to take us to revival. As a child, I thought that was really something to ride in a limousine.” 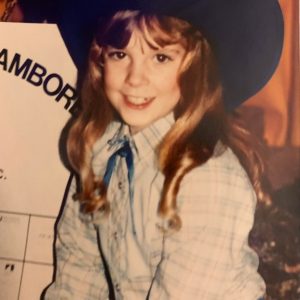 Amy Brown Loyall has been performing at the Lincoln Jamboree since the age of five. Photo submitted. 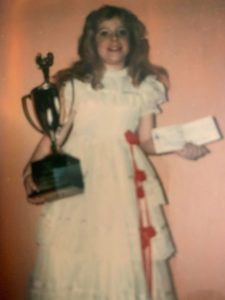 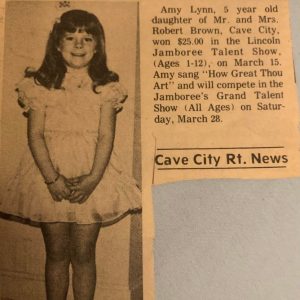 “One of my most recent memories is getting to be one of the entertainers to open for Grammy Award Winner and Grand Ole Opry star Rhonda Vincent,” Amy continued. “Also, a special recent memory was having my sister and two nieces join me on the Lincoln Jamboree’s Homecoming Show. The four of us sang, “Love Can Build A Bridge”.”

Although she does like various songs from most music genres, Amy’s favorites are country and gospel.

“My go-to country song when I perform is “Stand By Your Man”, which one of my close friends jokingly calls my ‘Ole Faithful’ song since I’ve sung it so many times,” Amy explained. “My most requested religious songs are “When He Was On The Cross (I Was On His Mind)” and “Beulah Land”. My favorite Christmas song to sing is “O Holy Night”.”

In December of 2021, Amy was part of a huge milestone for the Lincoln Jamboree.

“It was a great honor to be a part of the 4,000th show,” Amy said. “I’ve made many friends through the years and have a lot of memories. I enjoyed seeing some of those friends who I hadn’t seen in years. When I stopped and realized how many years I had been entertaining there, it seemed almost unreal to me to think that I had been singing there for that long.”

Amy’s talents have not only led her to the Lincoln Jamboree, but also many other entertainment venues and shows as well.

“I was selected to represent the state of Kentucky at the 1982 and 1984 World’s Fairs by showcasing the music of Kentucky and have made guest TV appearances on several different stations through the years,” Amy said. “I have been blessed to sing in many different states and many events throughout my life.”

“Singing is a hobby that I’ve enjoyed all my life,” Amy added. “It also gives me the opportunity to use the talent that God has given me. I sing regularly at my church, as well as the Jamboree. I plan to continue to sing at the Lincoln Jamboree as a regular guest as long as they will have me.”

On May 7, 2022, Amy is scheduled to perform at the Lincoln Jamboree as one of the entertainers opening for Grand Ole Opry Star Jeannie Seely and again on October 1, 2022, for Rhonda Vincent. Amy will also be a part of the 68th Anniversary Show on September 3rd, 2022.

The Lincoln Jamboree is the longest-running country music show in the state of Kentucky. It was voted Best Place for Live Music by Kentucky Living Magazine in 2021. 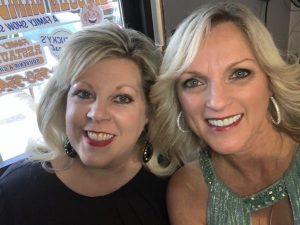 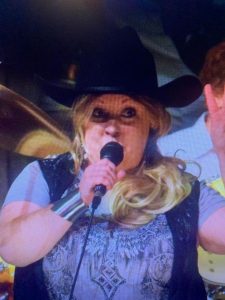 12. For over 40 years, Amy Brown Loyall has been performing at the Lincoln Jamboree. Photo submitted. 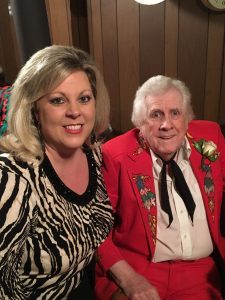 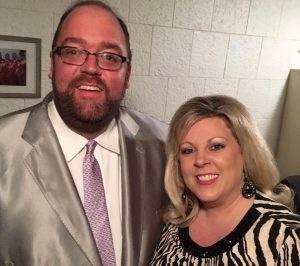