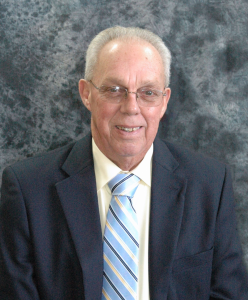 Philip was born on August 8, 1940, to the late Davis and Winnie Blaydes. He was also preceded in death by his brother, Charles H. Blaydes.

He was a faithful member and trustee of Pleasant Ridge Church. He was a retired foreman of the KY Department of Transportation where he worked for almost 30 years. Philip enjoyed camping, fishing, farming, and spending time with his family and friends. Philip and Anita Blaydes married on January 27, 1962, and were only a few days short of their 60th wedding anniversary.

Funeral Services for Philip Blaydes will be held at 1:00 PM, Thursday, January 20, 2022, at Butler Funeral Home in Edmonton with burial in the Metcalfe County Memorial Gardens. Visitation will be from 3:00 PM until 8:00 PM Wednesday and after 9:00 AM Thursday at the funeral home.

Butler Funeral Home is both honored and privileged to be entrusted to the care of Mr. Blaydes.  Please share your messages of condolence with the family at www.butlermemorials.com.