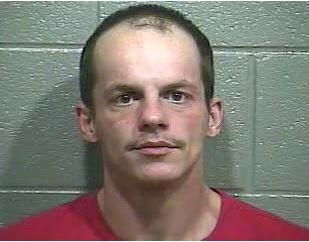 On Tuesday, January 11, 2022, at approximately 2121 hours, Deputy Jarrod Steele observed a 2006 Nissan Maxima traveling eastbound on West Stockton Street in the city limits of Edmonton. The vehicle displayed an expired registration plate. Deputy Steele initiated a stop on the vehicle for the violation.

Upon identifying the occupants of the vehicle, Deputy Steele was able to determine a passenger inside the vehicle, Kirk M. Hahn, was a fugitive from justice. Hahn had active arrest warrants issued by the state of Indiana for felony offenses. Extradition was confirmed and Hahn was placed under arrest and lodged in the Barren County Jail on the following charge: