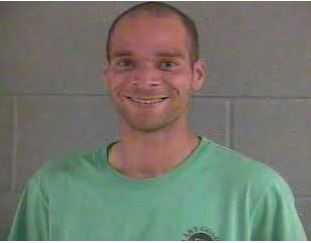 On October 8, 2021, Roth was arrested by the Metcalfe County Sheriff’s Office for being a convicted felon in possession of several firearms and ammunition following an investigation by Sheriff Lonnie Hodges.

On Monday, January 03, 2022, at approximately 0830 hours, Nathan Roth came to the Metcalfe County Sheriff’s Office insisting that his firearms be returned to him. Roth produced handwritten documents containing threatening comments and suggesting his intent to cause injury to the public. Additionally, Roth stated that he is allowed to go into “combat mode” on all law enforcement officers at his discretion and assassinate them. During the investigation, Roth was found to be in possession of another handgun.

Roth was placed under arrest and lodged in the Barren County Jail on the following charges:

This incident remains under investigation by Sheriff Lonnie Hodges.