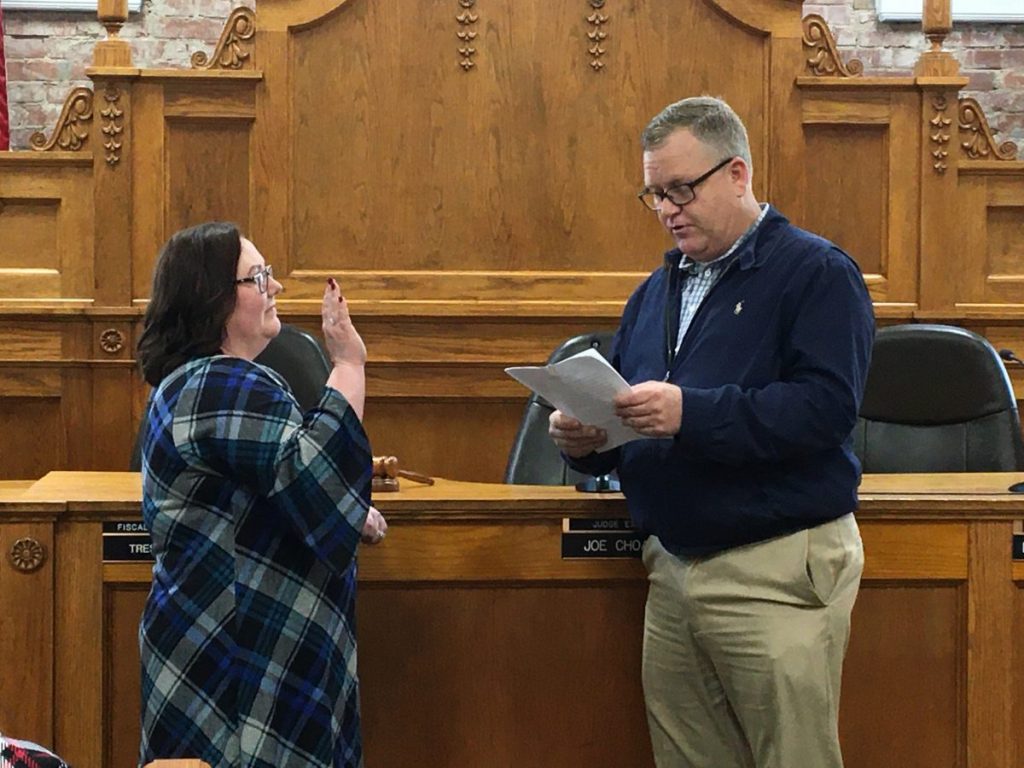 Felicia Shelton was appointed as the new County Clerk upon the retirement of Lisa Hensley Sanders. Shelton was sworn into the position by Judge/Executive Joe Choate. Photo by Jane Marsh.

By By B Jane Marsh

Although her appointment as County Clerk is new, Shelton is not new to the Hart County Clerk’s Office. She began working at the Clerk’s Office in 2000 at the age of eighteen, going on nineteen, under Doris Crain as a Deputy Clerk. She then continued on under Lisa Hensley Sanders in 2003 when Doris Crain passed away.

Shelton said of Sanders, “She is like a second mother to me.”

Sanders stated that she is looking forward to spending time with her family during retirement and that she wishes Shelton the best as the new County Clerk.

Shelton would like the county residents to know that the County Clerk’s office will once again be open on Saturdays from 9 a.m. until 12 noon. 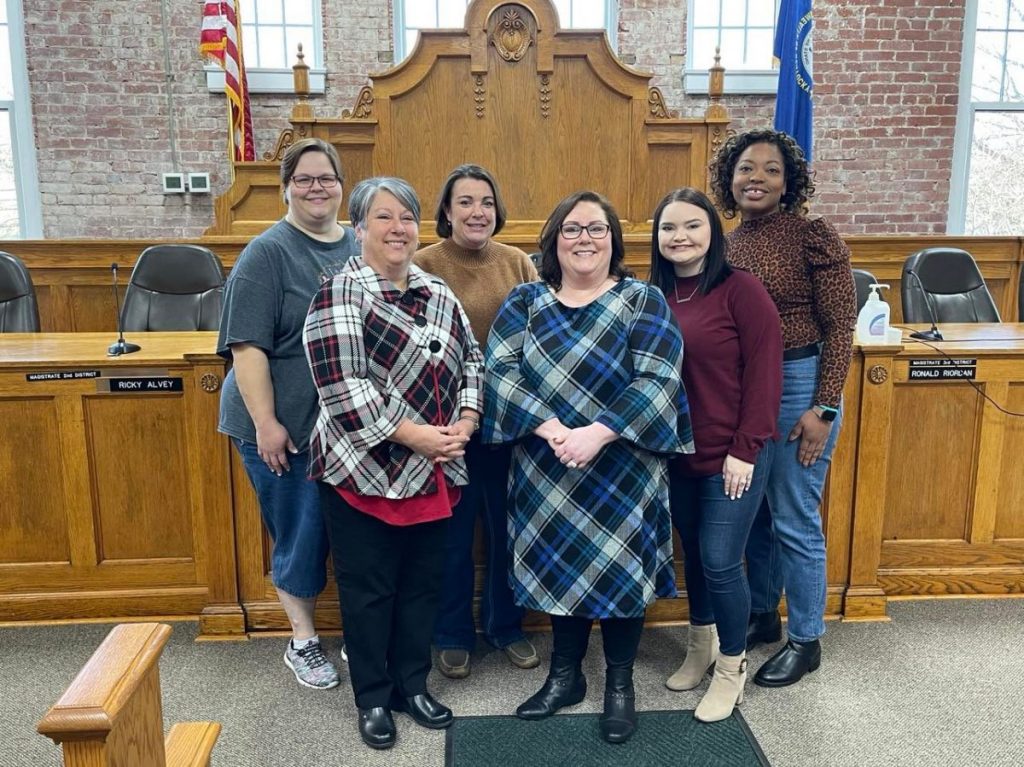