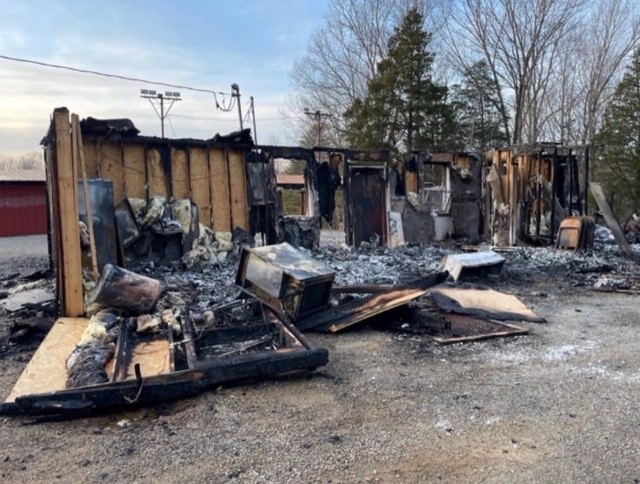 On Saturday, December 18, 2021, person(s) unknown attempted to commit arson on a county owned structure at the Metcalfe County Lake and Park. Deputy Jarrod Steele responded and was able to extinguish the fire with an extinguisher before severe damage occurred. Deputy Steele initiated a criminal investigation into the fire.

On Thursday, December 23, at approximately 1700 hours, several fire departments were dispatched to Metcalfe County Lake and Park for a structure fire. Deputy Logan Richardson also responded to investigate. The fire resulted in a total loss of another structure at the park. The fire was deemed to be arson.

Through investigation, Deputy Steele was able to gather enough information to develop suspects. Deputy Steele’s investigation eventually lead to the issuance of arrest warrants for the individuals responsible.

On Tuesday, January 4, 2022, the arrest warrants were executed for the three individuals responsible for the fires. The adult was lodged in the Barren County Jail. The two juveniles were lodged in a juvenile detention facility on the following charges: