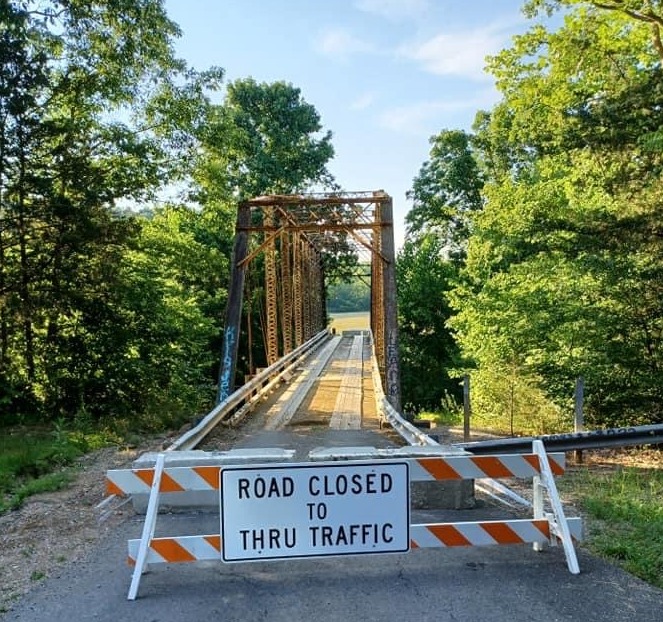 The Mosby Ridge bridge, the last iron bridge in the county, is due to be dismantled soon. Photo from Facebook

The Edmonton City Council met for the first time in 2022 on Monday, January 3, with all members present.

The second reading was held for Ordinance No. 2021-22-05 Increasing the arrest fee from $10 to $30 in the City of Edmonton. The ordinance passed unanimously.

City Attorney Brian Pack advised that the request from Verizon to extend the contract for a couple of months discussed at last month’s meeting was valid. It refers to the relocation of their temporary tower to a more permanent location. This in no way affects the 5-year contract previously signed with Verizon.

Pack also advised the council members that they have from January until May to pass any compensation changes for the mayor or council members which would take effect January 1, 2023.

It was noted that the council members received an increase just 2 years ago, but no one could remember the last date the Mayor’s position received a pay increase. Councilmember Faye Word questioned if they should consider increasing the mayor’s pay?

Councilmember Curt Estes asked if the city could afford to increase the mayor’s pay. Clerk Dawn Devore answered that yes, with available funds it is possible.

It was discussed that increasing the compensation for the Mayor’s position might bring in more candidates for the job. Currently, the mayor receives $100 per week or $5,200 per year.

Ideas were thrown about, however, everyone agreed to hold the topic until the February meeting.

Mayor Doug Smith stated that he would be meeting with the Engineers on January 5th concerning the Edmonton Memorial Park Project. Devore added that the KY Transportation Cabinet had contacted the city concerning the Mosby Ridge iron bridge. The city has the option of receiving the bridge components to use at the park, however, there are strict guidelines concerning how it can be used. No decision has been made pending the meeting with the engineers.

It was also noted that the Land and Water Conservation Grant for the Edmonton Memorial Park was approved and should be bid soon.