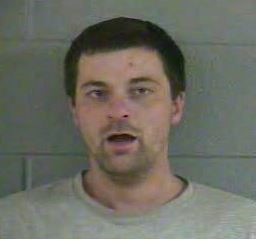 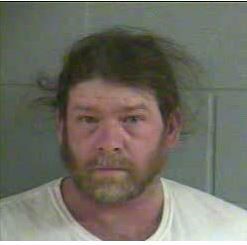 On Thursday, December 23, 2021, at approximately 1330 hours, the Metcalfe County Sheriff’s Office was notified of a suspicious vehicle near the 7000 block of KY 70 in the Knob Lick community of Metcalfe County.  Someone had left the vehicle abandoned on private property at that location. The vehicle was located by members of the Barren County Sheriff’s Office who were looking for Billy J. Johnson, a fugitive from justice.

Preliminary investigation indicates that Billy J. Johnson was observed leaving the vehicle/area in a silver in color Saturn Vue. During recovery of the abandoned vehicle, the silver in color Saturn Vue was observed traveling westbound on KY 70. The vehicle then fled to ECG Road where Sheriff Lonnie Hodges initiated a traffic stop. The occupants of the vehicle were identified as Anthony T. Williams, Billy J. Johnson, and Jessica R. Logsdon. A search of the vehicle resulted in locating a .12-gauge shotgun and drug paraphernalia. A search of Johnson’s incident to arrest resulted in locating suspected methamphetamine. Jessica R. Logsdon was served a Barren County arrest warrant by deputies with the Barren County Sheriff’s Office. Williams and Johnson were lodged in the Barren County Jail on the following charges:

This incident remains under investigation by Sheriff Lonnie Hodges. Sheriff Hodges was assisted at the scene by Barren County Sheriff’s Deputies James Duff and Brian Crain.