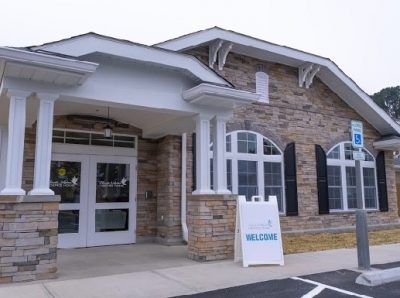 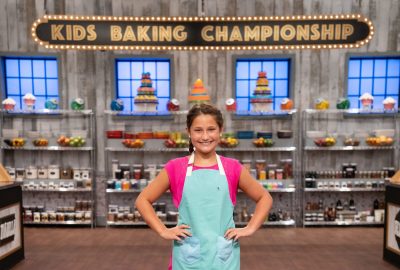 Haylin Adams she placed 4th on a Food Network Challenge. Photo courtesy of the Food Network

In January, the community mourned the passing of businessman and leader O. Wayne Gaunce, welcomed the new Shanti Niketan Hospice Home, and fought the tide of changing times when the homemakers were asked to rename their annual “Christmas Bazaar” with a more All-inclusive title.

In February, what eventually became controversial discussions about a new courthouse began. GEPB continued discussions about rates, ending in the mid-February retirement of CEO William “Billy” Ray, with a $250,000 severance package.

A total loss fire took out Hughes HVAC on Main Street, and icy roads were the catalyst of a car crash that resulted in a power outage for a large portion of Glasgow.

In April, the family of Jeremy Marr filed a lawsuit in the taser death of Marr, and the officers involved in the incident were cleared of charges, following the release of body cam footage.

The city mourned the loss of a longtime employee, Tommie Birge.

In Cave City, the historic Wigwam Village number 2 was purchased by new owners and renovations began.

In May, after much consideration, the Bounty of the Barrens Farmers’ Market made a return to the Square.

The community showered BRAWA with love and support after flooding had a negative impact on the facility.

On June 1, the GEPB “infotricity” rate structure came to an end after years of upheaval and drama.

The top of the Town music venue downtown announced its debut.

TJ Samson was named in the top 100 hospitals in the nation, and the community showered BRAWA with love and support after flooding had a negative impact on the facility.

In July summer fun was had by all when the 67th annual Barren County Fair came to town with rides, agricultural activities for all, and an endless supply of carnival food. The fair served as a gathering place for people from counties around, as many of the other local counties did not host a fair.

GEPB began the process of interviews for a new superintendent, entertaining local options and candidates from afar.

Downtown, a local artist brought some artistic flair with a new mural on the ReStore building, and a huge crowd gathered at the Blue Star Marker unveiling.

In early August, the county gathered for the South Cooper Groundbreaking Ceremony at the much anticipated new industrial Park.

David Puskala, an account executive from Michigan’s Upper Peninsula, was hired as the new superintendent of GEPB.

In September, prominent local businesswoman Betty Jean Gentry died of COVID 19, there was a double murder in the heart of Glasgow, and conversations about the soon-to-be-constructed new Judicial Center to replace the courthouse continued.

In early October, Hiseville man Jeff Williams made history as the first black man to ever be named world grand champion.

A controversial mural project on the back of City Hall was approved, and the Chamber of Commerce and IDEA officially joined forces and rebranded themselves as Barren, Inc.

November kicked off with veterans gracing the downtown in honor of Veterans Day. Barren County Fiscal Court tapped the brakes on “premium pay” employee payouts, and the county was deemed “non-compliant” on procurement procedures.

December brought hard times throughout the region, when a catastrophic late-season tornado ripped across the country, affecting many regionally. In Barren County, the worst of the destruction was in the Cave City Community.

On a lighter note, 40 local women were honored by the BP&W organization, and young chef Haylin Adams was the grand marshal of the Glasgow Christmas Parade. 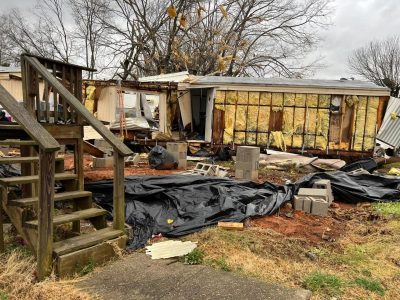 Damage from the tornado that swept through Cave City. Photo by Mary Beth Sallee 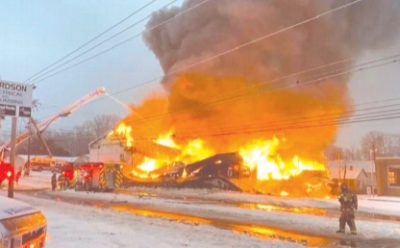