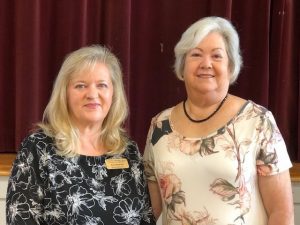 After surviving a disastrous 2020 most all had hopes of a more ‘normal’ 2021, however, the pandemic did not disappear as expected and wreaked havoc on events yet another year. Despite causing the cancelation of the Pumpkin Festival for the second straight year, 2021 held many other changes.

In July, Chamber Executive Director Gaye Shaw announced her retirement at the end of 2021, stating that she intends to spend more time with her nine grandchildren. She will remain in the office part-time while mentoring her replacement Kim Harwood.

After 22 years serving as Metcalfe County Clerk, Carol Chaney handed in her resignation stating that she “plans to spend more time with family.” With the midterm resignation, a new clerk had to be appointed to finish out the 2022 term. Shannon Fields, a long-time employee of the clerk’s office was chosen to fill the remaining portion.

Lanetta Shive retired after working more than 27 years with the Metcalfe County school system. For the last 16 years, Lanetta held the position of Superintendents’ Administrative Manager.

In June, Jenny Stotts-Lundy was named as the new Metcalfe County Middle School principal. Stotts had been working for the school system for 21 years and was a kindergarten teacher with the elementary school.

Also in June, Mielle DiStefano was named the new head coach for the lady Hornets volleyball team at the Metcalfe County High School. She had previously served as an assistant coach and was head coach from 2015 until 2017.

Metcalfe County Schools announced in July, the addition of Rachael Dial as the new assistant director of athletics. Dial also serves as the assistant principal at the high school.

The school system also selected Tiffany Riggins as the new band director after serving as the assistant band director for two years. Riggins also teaches art and humanities at the high school.

In October, Metcalfe County Schools announced the addition of two mental health counselors. Heidi Coleman and Sherry Phelps. Coleman is a Licensed Professional Clinical Counselor and Licensed Clinical Alcohol and Drug Counselor. She has spent the past five years with Rivendell Behavioral Health Hospital. Phelps graduated from WKU with a degree in social work and has devoted more than 15-years to the social service field. Phelps will work primarily at the elementary school, while Coleman will work at the middle and high schools.

Last year saw a lot of business changes as well.

In January, Barn Lot Theater announced plans to expand with the purchase of the TOPPS Safety Apparel building on the square. The theater’s plan includes a large community arts center and consolidating the theater’s many operations under one roof. The hope is to offer educational classes and rental spaces as well.

The Metcalfe County Public Library Board of Trustees and staff announced plans to expand in 2021. The new library addition plans have a new rear entrance, a 1,196 square foot community space equipped with a kitchen, a study/reading room, a family restroom, and more storage. The current library space will be renovated to include a multipurpose meeting space for programs and activities, a small conference room, a larger children’s area, and a seating space.

In May, the Metcalfe County Farmers Market held the ribbon cutting for its much larger pavilion space. The pavilion is just phase 1 of the project which began back in 2020 with a grant from KADF. Phase 2 will renovate the older and small pavilion into a community teaching and commercial kitchen facility.

At long last, it was announced that Pennington Stave and Cooperage would become a reality in Metcalfe County after securing the last necessary grant to move forward. The first announcement was made in early 2019 along with the news of at least 60 new jobs coming to the county.

Kentucky Senator (R) Dr. Rand Paul made a stop in Edmonton in August to take part in an informal roundtable discussion held at the Metcalfe County Justice Center. Local officials had a chance to discuss important local topics with the Senator.

The Edmonton-Metcalfe County Chamber of Commerce once again held its Christmas Banquet on November 29th. The 27th Jim C. Coleman Community Service Award was presented to Ken Childers who has volunteered many hours to help the youth of the county.

The weather in 2021 was just as dramatic as all the other changes that took place.

The worst tornado damage seen in many years hit the state on December 10 and into the early hours of December 11. A record-breaking tornado traveling a reported 275 miles destroyed the towns of Mayfield and Dawson Springs.

Closer to home, Bowling Green was also hit with hundreds of homes and businesses destroyed near the I-65 corridor. Cave City, Horse Cave, Munfordville, and Campbellsville were also damaged by the tornadoes. Luckily, Metcalfe County was spared.

February saw snow and ice unlike the area has seen in years. Schools, businesses, and roadways were all shut down as ice followed by sleet and then 4-8 inches of snow hit some areas of the county; however, few residents experienced power outages and it didn’t set any records.

Large amounts of rainfall fell during March which caused major flooding to Metcalfe and surrounding counties. According to officials, the north end of Metcalfe received over 9 inches of rain. 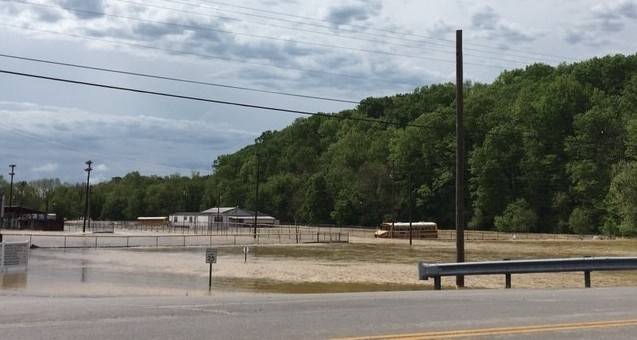 Metcalfe County Emergency Management reported 4 water rescues, but no one was seriously hurt. There were 3 low-water crossings completely destroyed, many road tiles displaces, and multiple roads had to be temporarily closed. Several homes received water damage, but none were destroyed in the county.

Again in May, extensive rainfall hit the area causing many road closures and extensive damage to park facilities in the area.

2021 was a good year for sports and the marching band.

The Metcalfe County Band performed at the state competition on October 30th at Kroger Field. Their performance won them 7th place in Class A out of 22 bands competing.

The Lady Hornets won a historic four-overtime game over the Lady Scotties for an 83-79 win in the 4th Region All “A” Regional basketball tournament in January.

March madness hit Metcalfe and for the first time since 1997, both the Lady Hornets and Hornets earned the title of District 16 Champions. 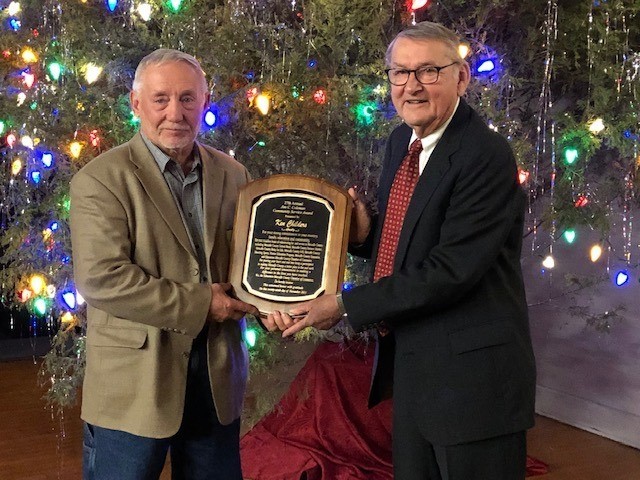