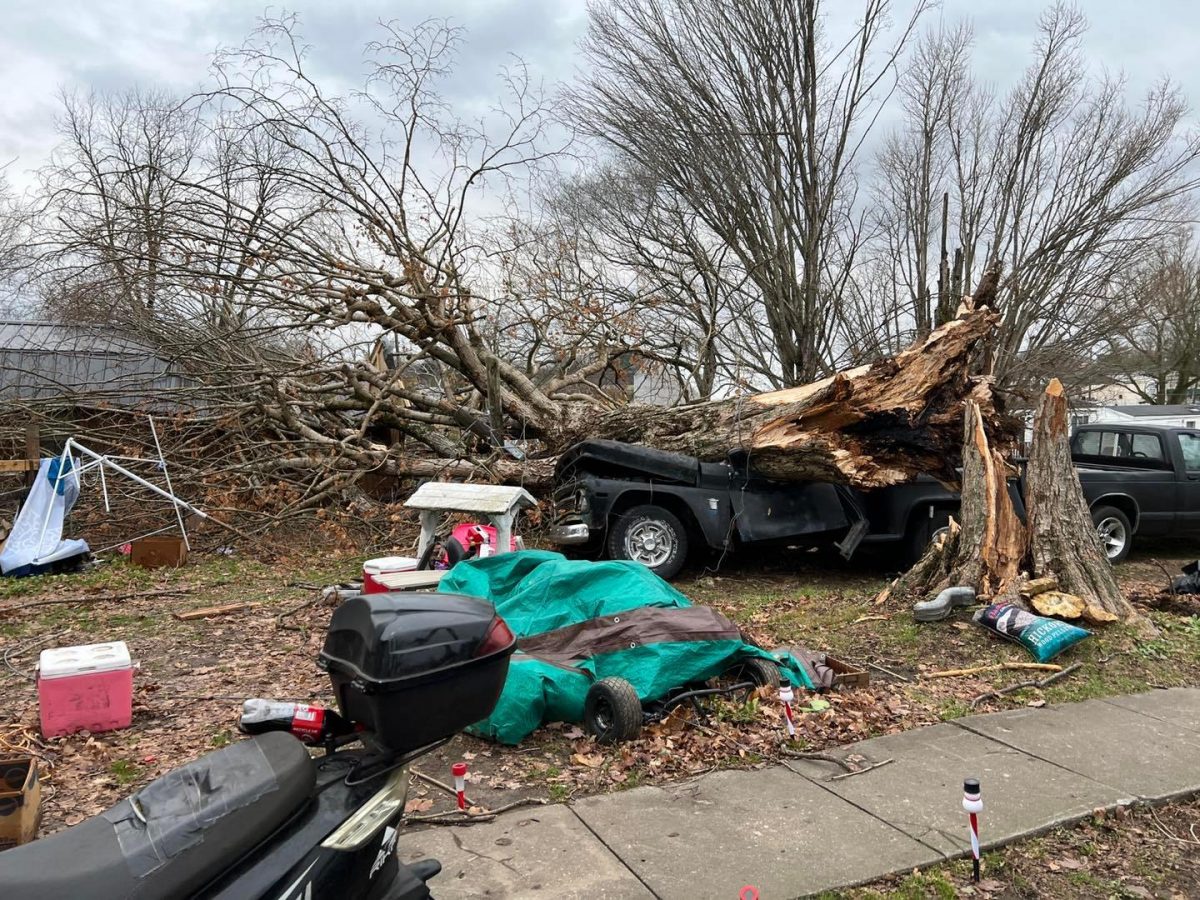 A deadly late-season chain of tornados left parts of Kentucky and several other states with catastrophic destruction and a death toll that’s still being calculated.

The deadly twisters began on the evening of Saturday, December 10th, and in the darkness swept states into the wee hours of December 11th.

The western portion of the state received the greatest swath of damage. Dawson Springs, a small town situated at the divide of Hopkins and Caldwell counties, was flattened to an unrecognizable heap of rubble. A Mayfield candle factory where employees had been working around the clock in preparation for Christmas was leveled along with much of the town. Eight people in Mayfield have been confirmed dead, and several are still missing.

The Mayfield tornado will likely become the longest track tornado on record, traveling at least 275 miles. It was one of fifty deadly tornados wreaking havoc across eight states.

After the Mayfield destruction, it traveled northeast through the towns of Benton, Princeton, and Beaver Dam.

More locally, Bowling Green saw hundreds of homes and businesses damaged and destroyed near the I-65 corridor. Cave City, Horse Cave, Munfordville, and Campbellsville were also affected by the deadly tornadoes. Thus far, Bowling Green’s Death Toll is a dozen people. In Campbellsville at least one person is dead, and 70 homes are destroyed. Statewide, the count is approximately 70, but officials expect the number to be more than 100 in the coming days as recovery efforts continue.

“I don’t think we have seen damage at this scale, ever,” said Governor Andy Beshear, in a press conference following the tragedy. On Sunday, in the aftermath, President Joe Biden approved a disaster declaration for Kentucky which provides federal aid to those in at least eight Kentucky counties left with few homes, businesses, and power.

The death toll, which is still rising, has been hard to calculate due to the mass level of devastation. The Kentucky National Guard, volunteer helpers, and first responders are still sorting through the rubble to find any sign of life.

As Christmas approaches, with so many Kentuckians displaced without homes, power, or places to work, the situation is grim. Although recovery efforts are underway, the road to recovery is not a short one.

Mayor Chris Smiley of Dawson Springs described the devastation as “the worst thing” he has ever seen in his 63 years there.

Governor Beshear says there is “no lens big enough” to show you the extent of the damage left in Kentucky.

People across the country have traveled to Kentucky to help with recovery efforts, and still more have donated money to help the state recover.

Beshear says the first portion of those funds will be used for funeral expenses.

Next, the funds will go to rebuilding efforts.

In the meantime, the state struggles and strives to provide immediate help.

“Housing is a tremendous need as we continue to go forward,” said FEMA Administrator Deanne Criswell.

Beshear has opened up state parks in the areas impacted to take shelter. He hopes the parks can provide a two-week stay for displaced people and first responders.

These photos show a small sample of the damage in Cave City. 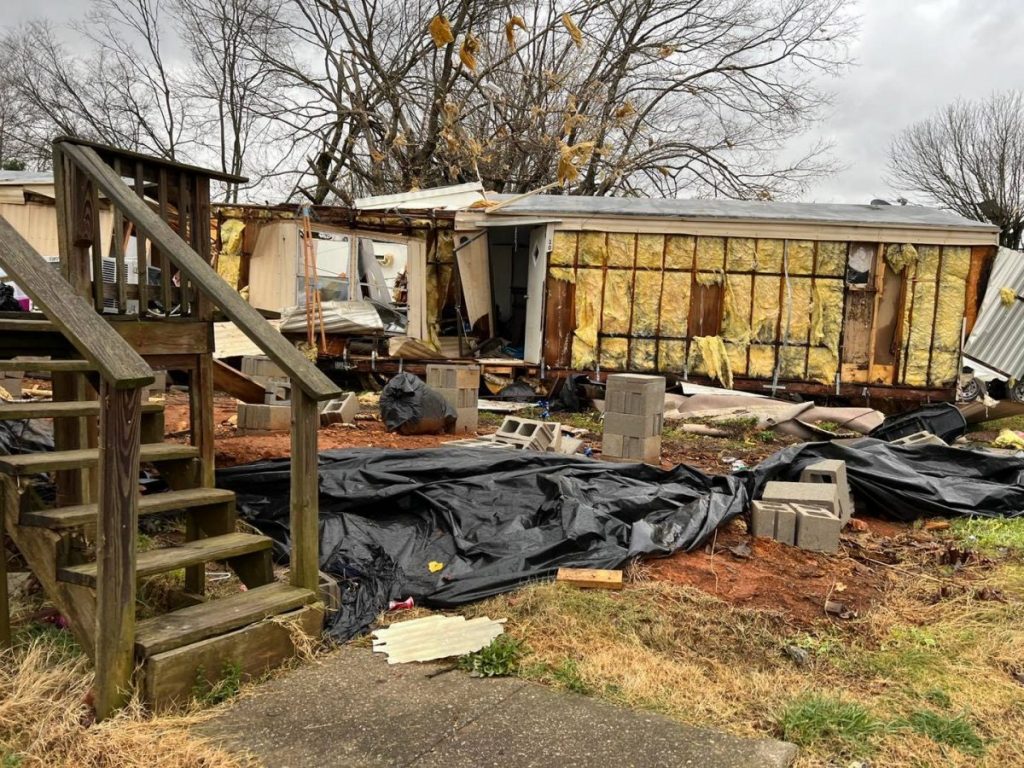 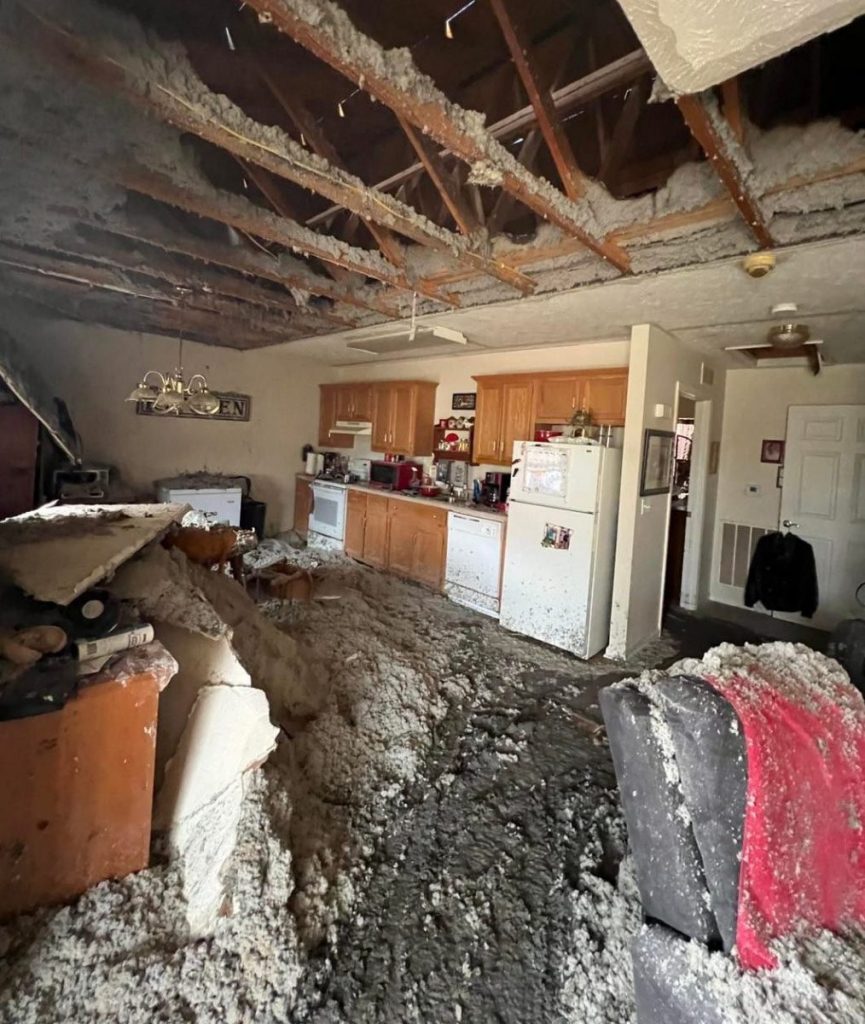