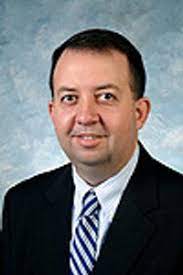 Frankfort, Kentucky (December 10, 2021) – State Representative Bart Rowland of Tompkinsville announced Friday that he will not seek re-election to represent the state’s 21st District in the Kentucky House of Representatives. Rowland currently serves all of Hart, Metcalfe, and Monroe counties and a portion of Hardin County.

“I’m extremely honored that the people of this district have allowed me to serve them in the state legislature. With their support, we have been able to accomplish some good things for our Commonwealth, and I am proud of the work we’ve done to defend Kentucky values,” Rowland said. “However, after almost a decade in Frankfort, I am looking forward to returning home to move on to the next chapter of my life. I want to spend more time with my family and look forward to more time in our insurance agency and on the family farm as well.”

Rowland was elected to the Kentucky House in a special election on February 7, 2012, and will serve until the end of his term in December of 2022. In addition to chairing the House Banking and Insurance Committee, he serves as a ranking member of the House Small Business and Information Technology and House Economic Development and Workforce Investment committees. Rowland is also a liaison member of the Budget Subcommittee on Economic Development, Public Protection, Tourism, and Energy. He is an active member of the Kentucky Sportsmen’s Caucus, the Aerospace/Aviation Caucus, Pro-Life Caucus, Louisville Metropolitan Caucus, and Western Kentucky Caucus.

“While I am extremely disappointed that Bart won’t be running for another term, I appreciate the work he has done on behalf of his district and our state and wish him the absolute best,” House Speaker David Osborne added. “You can count on Bart Rowland to do the right thing every time, and you know he’s more interested in solving a problem than getting credit for the solution. We need more leaders like him in Frankfort.”

Rowland was invaluable to creating the legislature’s approach to COVID-19, which placed an emphasis on keeping the state safely open for business. As chair of the House Banking and Insurance Committee, he crafted legislation that has positioned Kentucky as a leader in insurance technology. Rowland also plays an active role as a member of the executive committee of the National Conference of Insurance Legislators (NCOIL). In that role, he has helped draft model legislation used across the country.

When asked about his tenure in the House, Rowland shares that one of his greatest accomplishments was passing HB 114 during the 2018 Regular Session. The bill reallocated a portion of the payments made by the Tennessee Valley Authority (TVA) in lieu of paying taxes. Instead of going to the state, the funds now go to the 39 counties that purchase power from the TVA or have TVA property and are earmarked for economic development. Under the provisions of HB 114, $2 million was divided between eligible counties in Fiscal Year 2018-2019, $4 million in Fiscal Year 2019-2020, and $6 million beginning in 2020-2021 and for each fiscal year going forward. Each eligible county currently receives $150,000 towards realizing economic development opportunities as a result of HB 114.