With the general election filing deadline just a few weeks out there seems to be several open spots.

Conversations with exiting Barren County Magistrates indicate six of the seven districts will be open and in need of new candidates. This is an office that may have a primary if two Democrats and/or two Republicans file.  The top vote getters of those races will face off in the fall General Election.  This position is on a four-year election cycle.

Magistrates have a compensation package of $11,404.82 annually.  This is one of the few part-time jobs in state government that provides full health benefits valued at $6,600.00 annually and each of the seven magistrates have a $3,420.00 expense account.

Another entry-level position for individuals with a desire to get involved in their community is a city council position.  Glasgow boasts nine positions and like magistrates there are few individuals who have shown interest at this time.

This position has a meeting two times a month and offers compensation of $8,614.56 annually.

This in a non-partisan office with a two-year term.  The top nine vote getters coming out of the November 2022 General Election will have a seat on the Glasgow City Council.  As of Monday December 6, 2021, there have been no filings.

Also, the top two spots are open for anyone wishing to file by the January 7, 2022 deadline.  Glasgow City Mayor has a compensation package of $59,600.00 with health benefits and life insurance.  This full-time position also comes with a $5,200.00 auto allowance.  This is also a non-partisan position with a four-year term.

Among the top paid positions open for individuals wishing to file by January 7, 2022 is the Barren County Judge-Executive.

This elected office is a partisan position, which will have a May Primary election if two or more Democrats or two or more Republicans choose to file.

The top vote getting Democrat and Republican candidates exiting the May Primary will face off in the November 2022 General Election.  This is a four-year term.

The office of Judge-Executive has a current compensation package of $104,909.00.  It is also considered full-time and provides health benefits valued at $9,045.00. A company vehicle is provided by the taxpayers for this position along with gasoline and repairs.

There are no educational or work experience level requirements for these positions other than living in the districts in which they serve, having two registered voters witness their filing documents and paying a $50.00 filing fee. 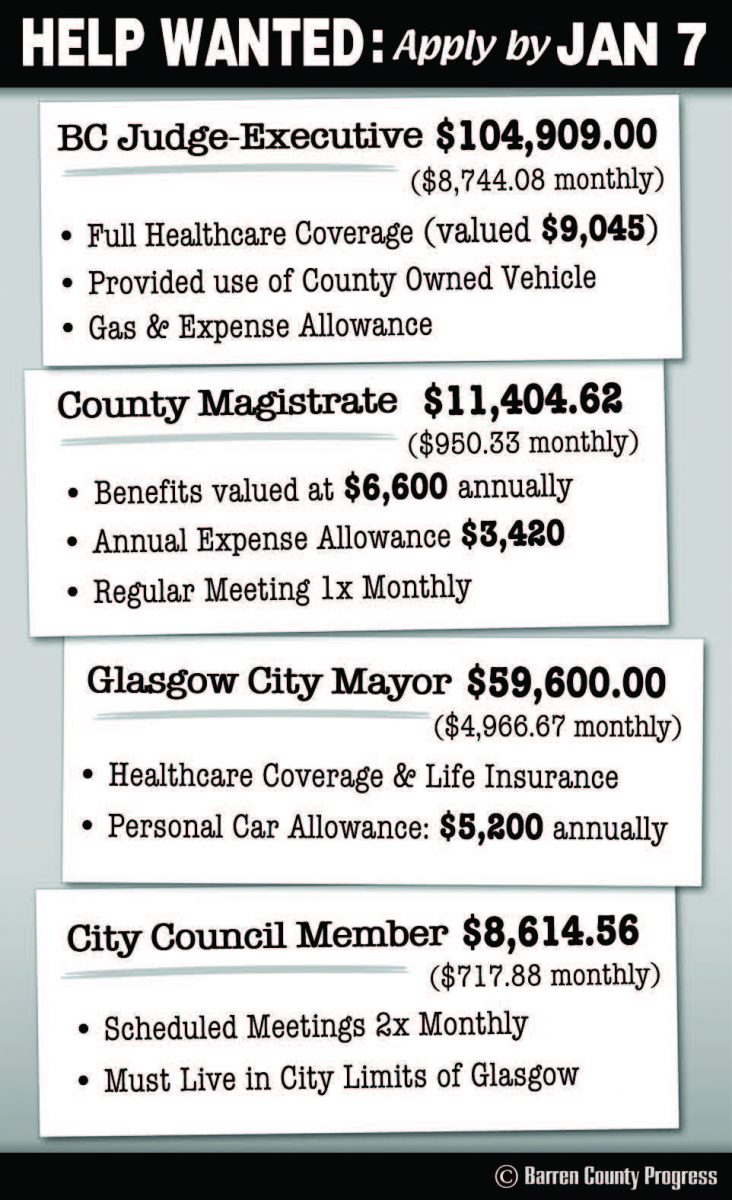 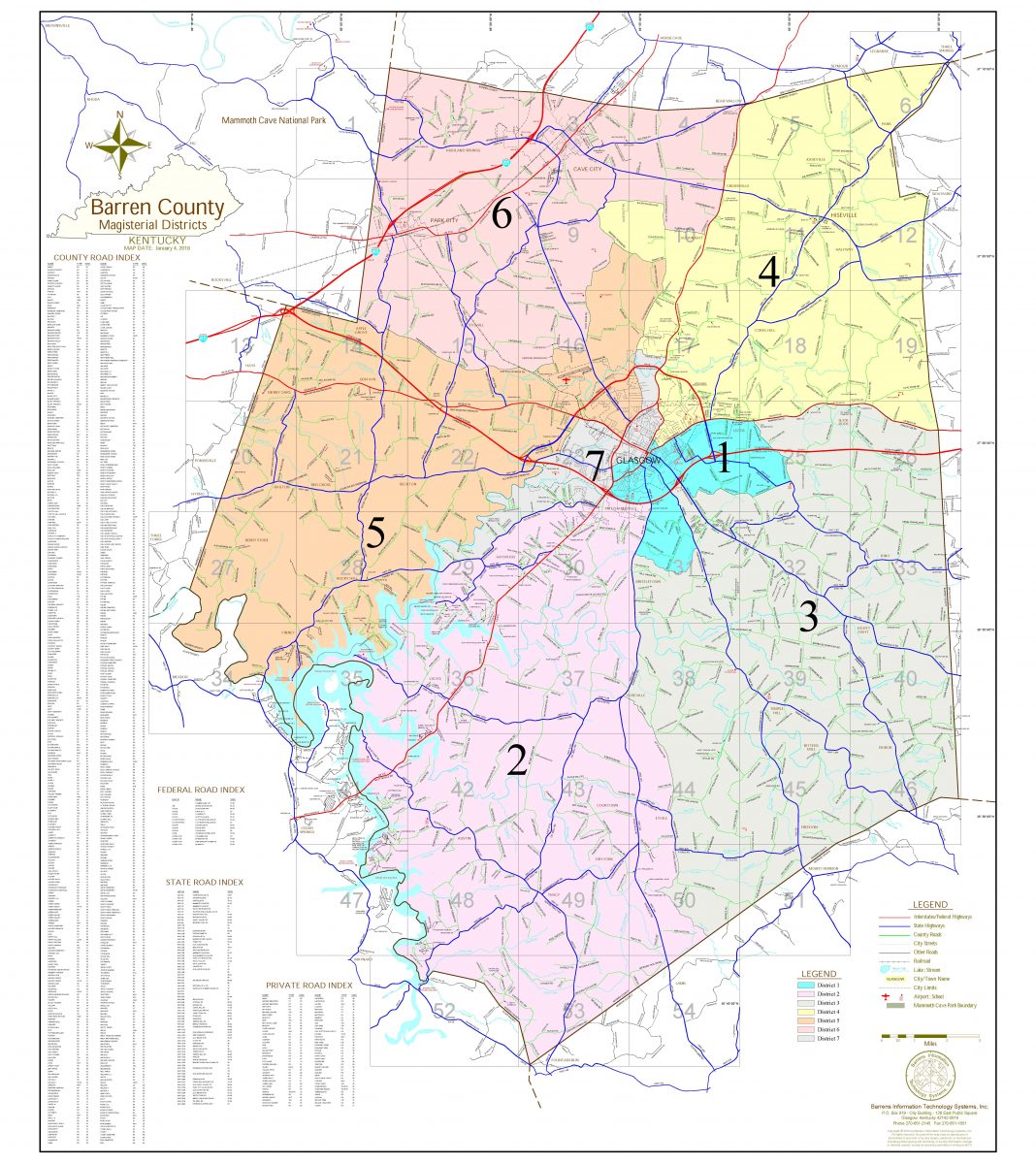