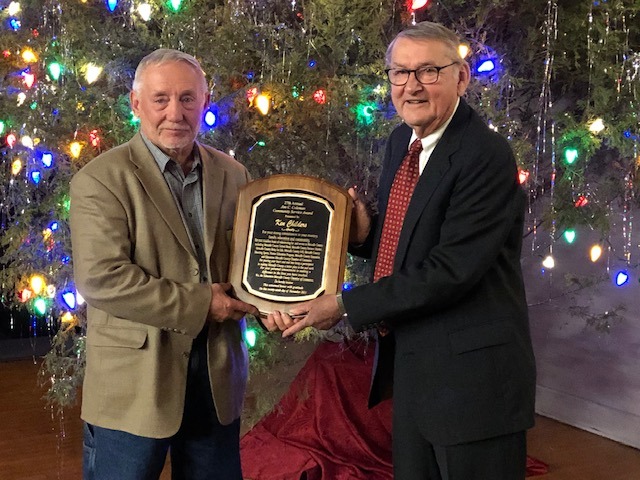 After taking a year off because of Covid, the Edmonton-Metcalfe County Chamber of Commerce Christmas Banquet made a return on November 29th.

The evening began with songs performed beautifully by members of Barn Lot Theater with a little Christmas season humor mixed in for good measure. As with past events, Diane’s Cakes and Catering served up a delicious meal. This year the Metcalfe Garden Club created beautiful centerpieces for the tables with fresh greenery.

The event was held in the old school gym complete with a huge live Christmas tree provided by the school’s maintenance team. The tree brought back many memories for the attendees who graduated from MCHS.

The highlight of the evening was the announcement of this year’s Jim C. Coleman Community Service Award which went to Ken Childers. Herbert Sparks presented the award to Childers. This is the 27th year of the award.

Childers has volunteered many hours to help the youth of Metcalfe County over the years. He contributed to the start of the little league in the county, the creation of the Metcalfe County Farmers Market, and assisted with its growth. He was one of the creators and is a leader for the Youth Shooting Sports team. He also continues to drive a bus for the school system.

Ken and his wife Judy own and operate Valley View Orchard and have been instrumental in the blueberry market in Metcalfe. Both have been active as band parents and now band grandparents. They have both been heavily involved in the county’s Relay for Life events as well.

Last, Osbon noted that the end of the year brings the retirement of Gaye Shaw who has filled the role of Executive Director for 27 years. Gaye who is always modest and likes to stay out of the limelight agreed to say a few words of gratitude.

“I’ve had a lot of changes in 27 years, but through the good and the bad I have loved this job, and I’ve tried my best to give it 110%,” Gaye stated while getting very emotional. She went on to say, “I’ve met so many friends that I would never have known if it had not of been for this work. I’m very grateful for that. I am officially retiring December 31st.” 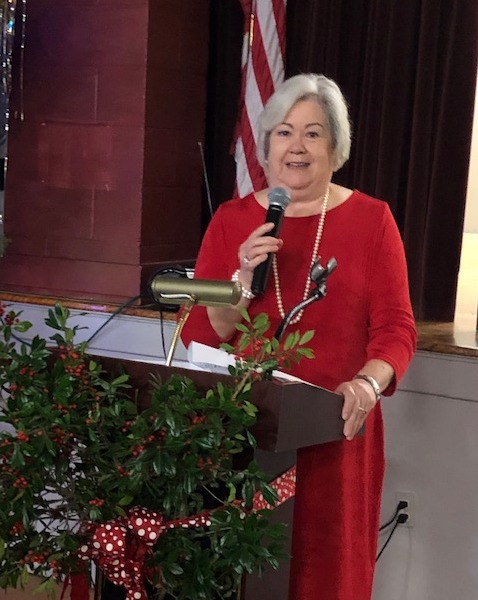