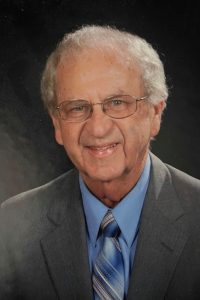 The Glasgow City Council opened their meeting with a moment of silence for the passing of former council member Eldon Smith.

Smith passed away on Nov 13 at the age of 89 in Iowa City, Iowa, where he resided.

Glasgow Mayor Harold Armstrong announced that Smith was a member of the city council for 15 years. “He was an educator, an administrator, and all-in-all, a great man.”

Smith graduated from Glasgow High School in 1950 and subsequently earned both Bachelor’s and Master’s degrees by 1958 and Rank I ten years later. He was also a veteran, serving two years in the U.S. Army. He began teaching in 1956 and served as principal in Ohio and Florida. Smith returned to Kentucky in 1962 as principal of Le Grande Elementary School in Hart County. He continued to serve in the Glasgow Independent School District as principal and Director of Pupil Personnel before serving 14 years as Superintendent. He was a council member during the 1990s and 2000s.

The council passed the second reading of an ordinance that allows for the City’s ordinances to be published online and searchable. The service also checks to ensure city ordinances are not superseded by changes in state and federal law.

Armstrong announced the Glasgow Christmas Parade is Dec. 4th starting at 6:00 PM beginning at the Glasgow High School to Columbia Ave to Broadway at East Main St. The parade will go around the square before continuing onto South Green Street and end between West Brown Street and Leslie Avenue.

The next council meeting is scheduled for Dec. 13 at 7:00 PM in the City Hall Council Chambers.