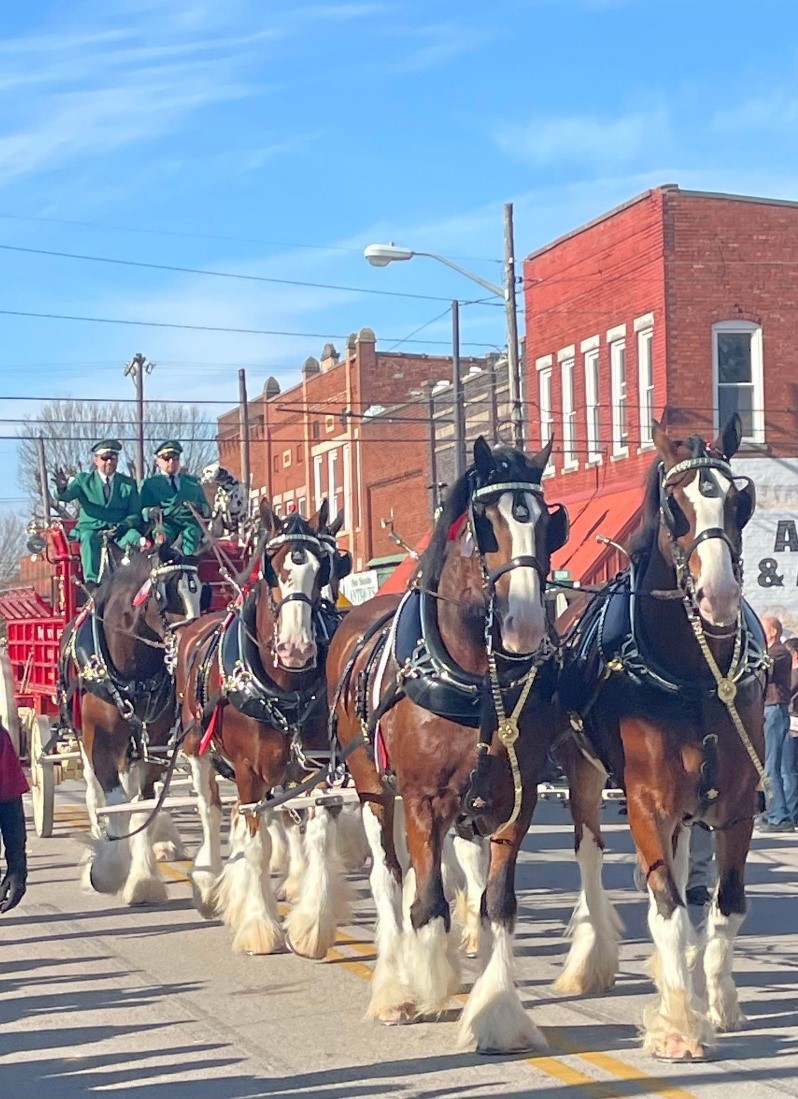 The Budweiser Clydesdales were the ending exhibit to the first-ever Hometown Heroes Parade in Cave City. Photo by Katrina England

Cave City chose to honor our First Responders, Veterans, Active Military, Teachers, Nurses and Doctors, Frontline Workers, and Local Businesses with a downtown celebration of food and music, and a parade down Main Street.

Among the participants of the parade were the Budweiser Clydesdales.

The Budweiser Clydesdales are a group of Clydesdale horses used for promotions and commercials by the Anheuser-Busch Brewing Company. There are several “hitches” or teams of horses which travel around the United States and other countries.

Each horse weighs in at nearly 2,000 pounds and will carry 200 pounds of gear while pulling the wagon.

“The idea really came about because we just wanted to honor the people in our community that work endlessly and most of the time for free to keep us safe.” said city council member and business owner, Leticia Cline, who was the driving force behind this event. “Everyone has had a rough year and a half. However, there are some who were affected more, and those people are our first responders, school teachers, students, military, and small businesses. We’re all hometown heroes, and it’s nice to give respect where it’s due. Plus it helps boost the morale of the community and the workers. I feel we should do a lot more things like this. These men and women should know how proud we are of them.”

The hitch of Clydesdales stopped in front of The Dive, where parade-goers could get photos before they loaded back up in their three tractor-trailers and headed to their next stop. 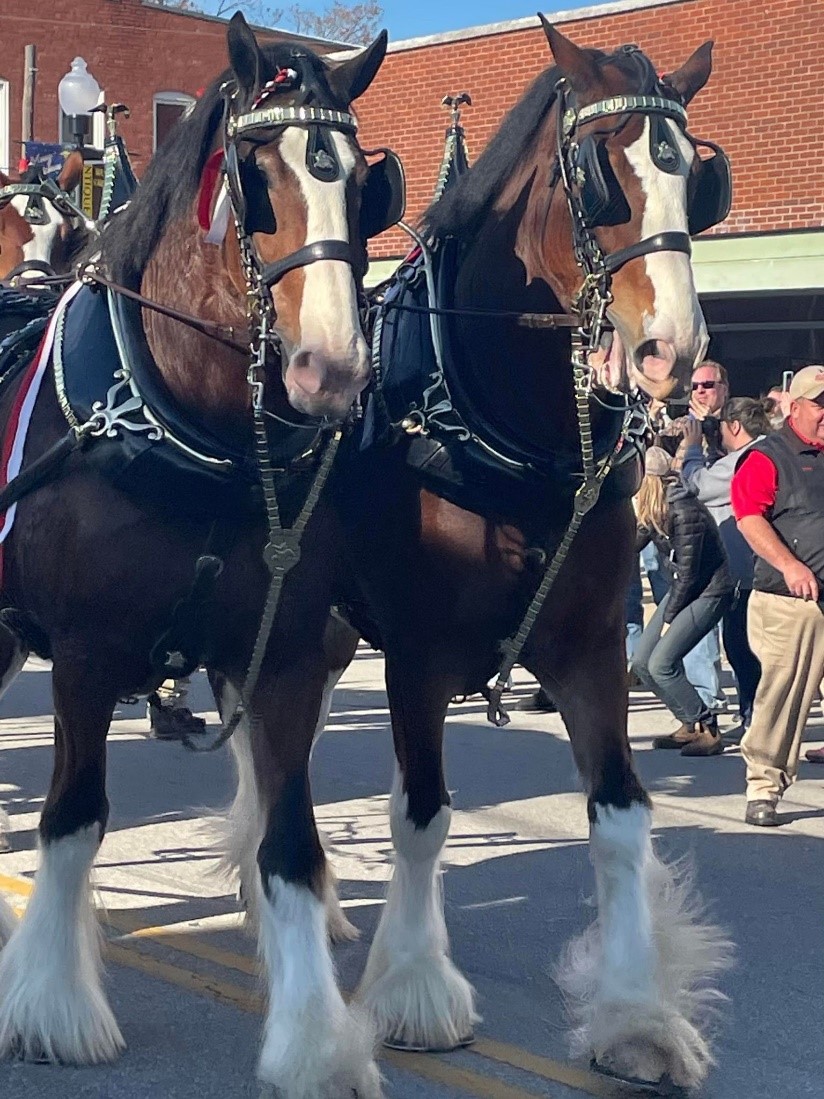 Each horse weighs in at nearly 2,000 pounds, and will carry 200 pounds of gear while pulling the wagon. Photo by Katrina England