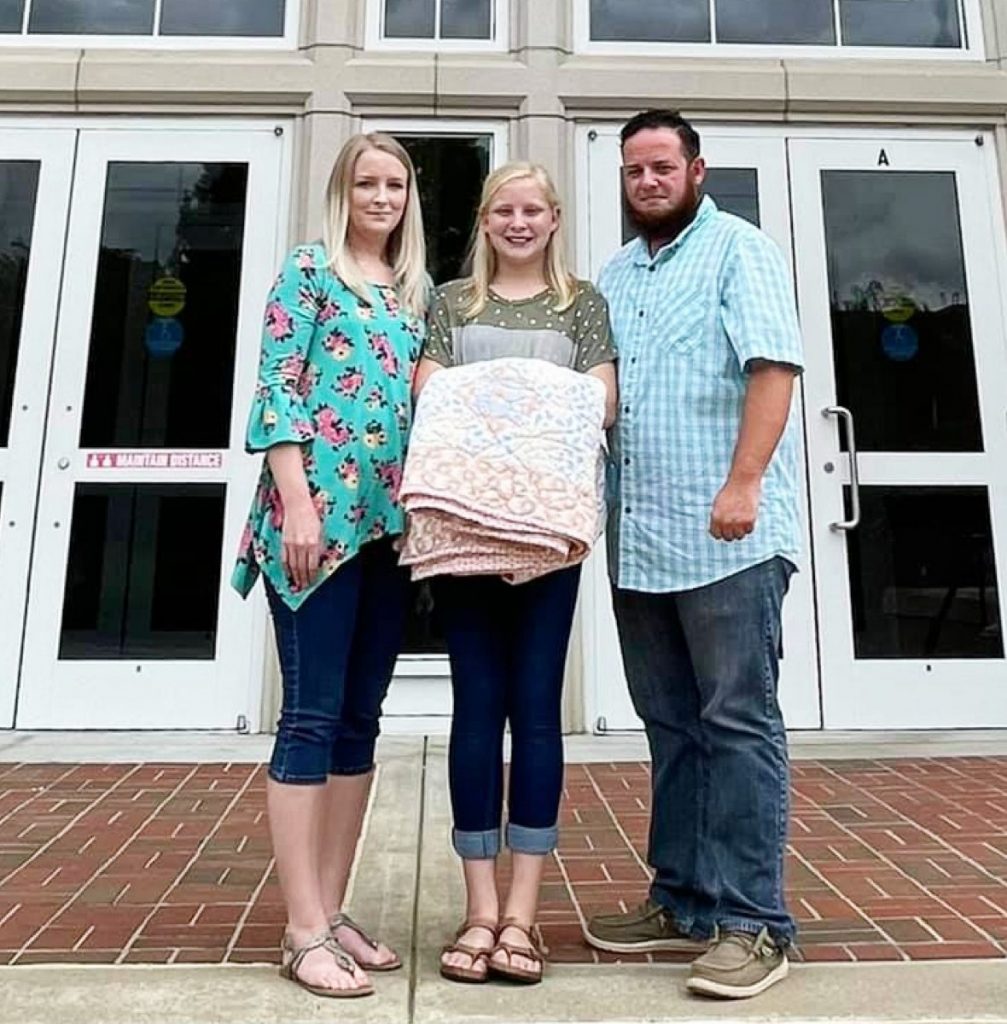 Buffy, Chloe, and Everett Tweedy are pictured on August 17 as Everett officially adopted Chloe as his own. Photo submitted.

November is National Adoption Month. On behalf of Jobe Publishing, the Hart County News-Herald is sharing the following stories in celebration of local families and adoption.

Everett Tweedy first met Buffy when he was just 18-years-old. Buffy, at the time, was 21-years-old, but she didn’t come into Everett’s life alone. She had a 3-year-old daughter named Chloe.

“Meeting Chloe for the first time was a joy,” Everett said. “She was a bright blue-eyed little girl, always running around giggling with her bowl haircut. She had given herself a haircut.”

Everett described having Chloe in his life as “exciting and fun” as he was getting to know Buffy. They often enjoyed doing family activities together. But having just graduated from high school, Everett did experience hesitation stepping into such an important role as a father-figure at such a young age.

“I was more worried (at the time) about running around with friends and just enjoying life,” Everett explained. “I never had to care for a child in my life, so it was a learning process…Having a child that isn’t yours by blood can be difficult at first, especially when you are as young as I was.”

“When I stepped into the role of being a father figure, I learned that it was no longer about me, that my number one priority was now a little girl,” he continued. “I had to make sure she was happy, healthy, and felt loved…I quickly fell in love with Chloe just like I did Buffy. The love a child gives is unexplainable and the best feeling in the world. I had to grow up really fast. I had to learn that this life was no longer about me.”

As Everett and Buffy’s relationship continued, they married and had two additional children together.

“I didn’t realize what I had missed (with Chloe) until Buffy and I had our other two girls,” Everett explained. “Looking back now, I wish I could’ve seen her (Chloe) crawl, walk, and talk. Those are some of the most precious memories in a child’s life.”

However, despite Chloe not being his biological daughter, Everett said that everyone always looked at Chloe as being his.

“She has always been treated as my child,” Everett said. “ Even when Buffy and I were just dating, my family absolutely loved Chloe, and (she) was always treated as family.”

Everett had always told Buffy that if he ever got the chance to adopt Chloe, he would.

“What made it a reality is one day when I came home from work, I sat down on the couch to relax a minute,” Everett said. “And Chloe came out of her room, sat beside me, and asked if I would adopt her and be her dad.”

On August 17, 2021, after a long six-month process, the adoption was finalized.

“The day Chloe officially became my daughter, I was anxious and nervous,” Everett said. “It kinda felt like a dream. I couldn’t believe the day had finally came that Chloe would legally be my daughter. I remember trying my best to keep myself together emotionally because I was just so happy. I could hardly hold back the tears knowing that something I had wanted for so many years had finally become reality. Knowing that she trusted me enough to be her dad filled my heart with joy.” 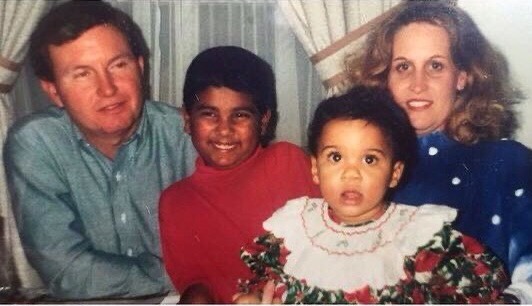 Luke and Jo Avery adopted their son Dale in 1987 and their daughter BonniJill in 1993. Photo submitted.

Siblings Dale and BonniJill (BJ) Avery do not share the same biological bloodline. They weren’t born in the same town or even the same country. But what they do share are two parents, Luke and Jo Avery of Canmer, who have always loved them as their own.

“…We are twins actually, just six years and a few thousand miles between us at birth,” BJ joked of she and her brother Dale.

“It was a long process for them (my parents) to get me over here, took just about six months, and I was flown to Louisville Airport with a flight nurse who was ready for me to get off the plane. I cried most of the way, I think. Our parents were close friends with a missionary family who had recently been in Nigeria (Pastor Travis and Kerri Collins). I think at first they helped look into a few different countries to try to adopt, but were unsuccessful. That’s when they found me.”

BJ was born in 1993 and was basically adopted before she was born.

“My birth mother lived with my family while she was pregnant with me,” BJ said. “My parents met my birth mother through a mutual friend. They talked with her and began to visit and support her. Then she came to live with them and got to know them and my big brother and realized that this is where I needed to be with this family. Praise God!”

Although their ethnicity is different than that of their parents, Dale and BJ said they were never treated any differently.

“We both were taught that skin color did not matter. Love was all that matters,” Dale said. “…Our church, family, and friends all accepted us with open arms, with love.”

“It was always obvious that our parents weren’t our biological parents due to our ethnicities,” BJ added. “I was completely oblivious to color or knowing anything different until I got to college. We grew up in a loving home.”

Both Dale and BJ often think of how different their lives could have been if their parents had not adopted them.

“Every day I think how differently life could be for me or even would I be alive,” Dale said. “I believe there was some sort of civil war going on in India back in the 80s. Our parents have given and continue to give us the same open arms and love since day one. ”

“It wasn’t until 2020 when I met my biological father and realized they did the very best for me,” BJ said. “I’m scared to death to think of the life I could of had. I couldn’t of asked for better than what I have.”

Today, Dale works in Bowling Green for DHL Shipping as a shipping and receiving logistics coordinator. In an effort to give back to his community and help others as his parents do, Dale continues to volunteer as a firefighter and emergency responder. He also has a love for weather, often keeping others updated on social media when storms occur. Dale’s significant other of seven years, Maria, is also adopted.

BJ is currently employed with Rivendell in Bowling Green. She resides in Glasgow with her blue heeler, Mary Jane.

Not only this Thanksgiving but always, both Dale and BJ are grateful to have parents in their life that chose to love and protect them as their own.

“Thank you so much for loving us unconditionally and always being there for us,” Bj shared as a sentiment to her mom and dad. “I don’t know what we would ever do without you both.”

“The only way to return the thankfulness and love to our parents, I would think, is by showing love to others as they do and try to follow how they taught us to be growing up,” Dale said.

“My sister, even though we aren’t blood and are both adopted, we are brother and sister. We fight, we love, and do just about anything for one another,” Dale said. “…There are so many kids in this world who have little to nothing. The greatest gift would be to adopt and try to give them a better life. To the ones who are adopted, cherish what you have and the ones who adopted you.”

“Adoption is a beautiful thing,” BJ added. “I know in some cases, that isn’t always true. Being a mental health professional, I see some pretty sad situations, but in our case, it was the biggest blessing my brother and I have ever received.” 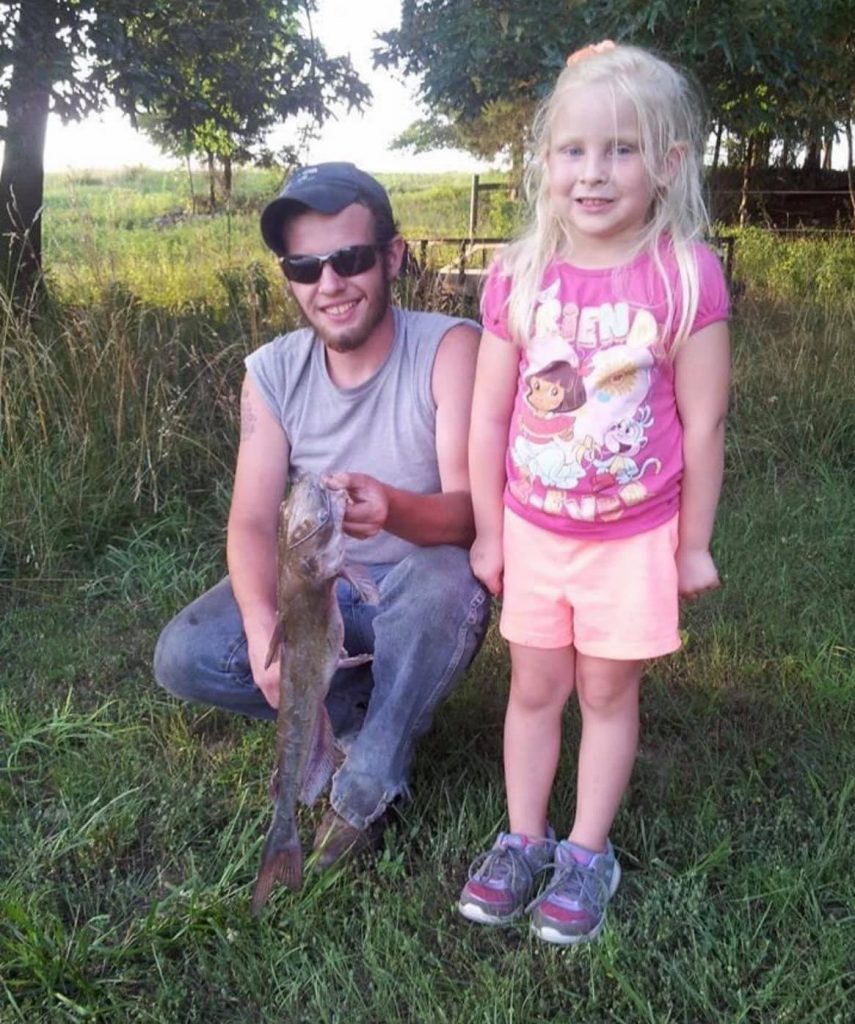 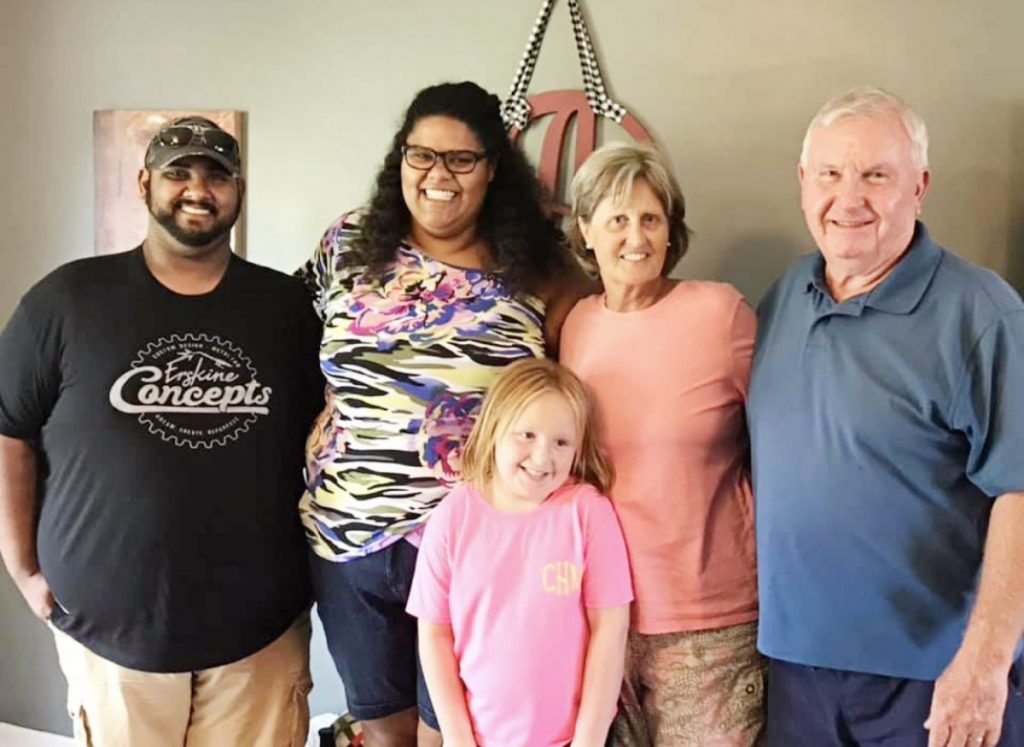 Dale and BonniJill Avery were adopted by their parents, Luke and Jo Avery. Their parents are also now caring for their cousin, Chloe. Photo submitted.