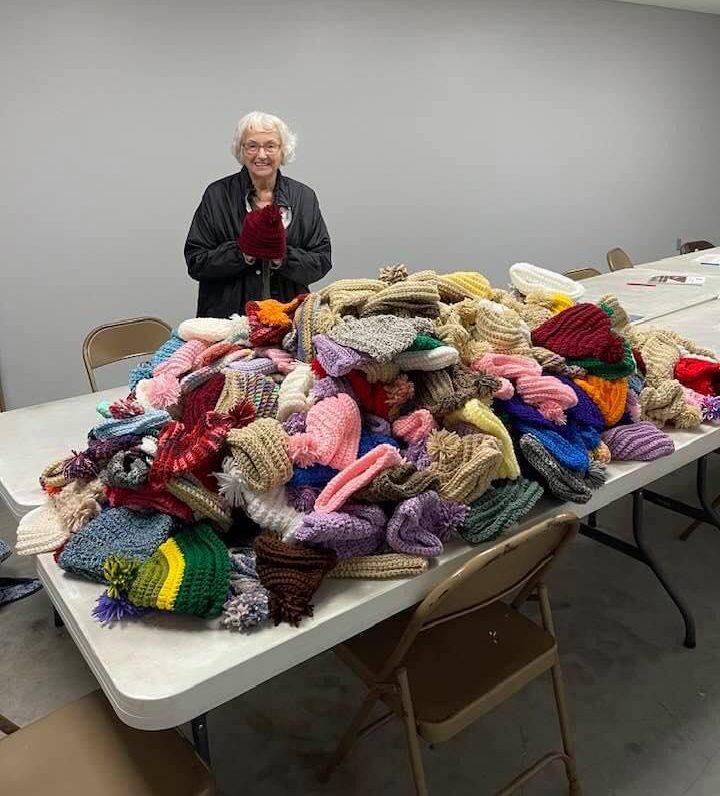 At the young age of 83, Ruby Meredith has been staying busy, putting her hands to work for a good cause.

The Samaritan’s Purse project, Operation Christmas Child, collects shoeboxes filled with toys, school supplies, and hygiene items. These boxes are then delivered to children in need around the world as a way to demonstrate God’s love in a tangible way.

“I can make five per day, but I usually do at least three per day,” Ruby said.

Ruby has performed this specific act of kindness for the past two or three years, but she learned to crochet when she was just 17-years-old.

“I saw somebody else doing this and thought it was pretty,” Ruby said. “…I wanted to learn something new.”

Now, 66 years later, Ruby is continuing to put her crocheting skills to good use by showing love and kindness to children she has never met.

“I thought it would keep some little heads warm,” Ruby said. “…It will keep them warm and show that you care about them. It shows God’s love. I have seven kids (of my own), and I always wanted to keep them warm in the winter.”

Ruby said she hopes she can make more toboggans for the shoeboxes next year. 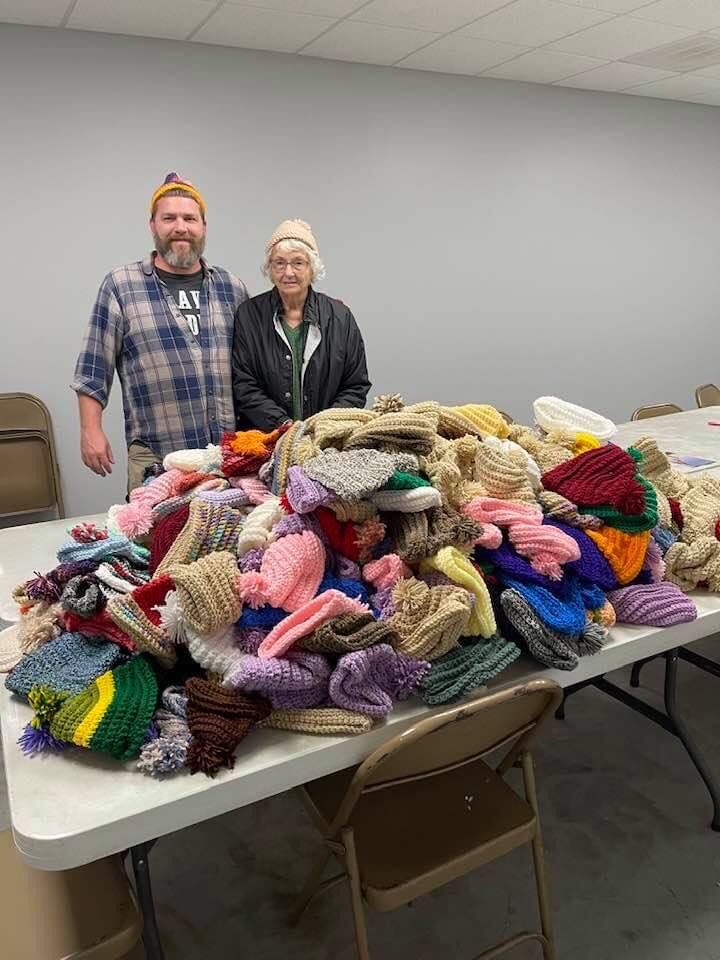 Ruby Meredith and Bro. Scott Coats of Rowletts Baptist Church stand among the 540 toboggans crocheted by Ruby herself. Photo submitted. 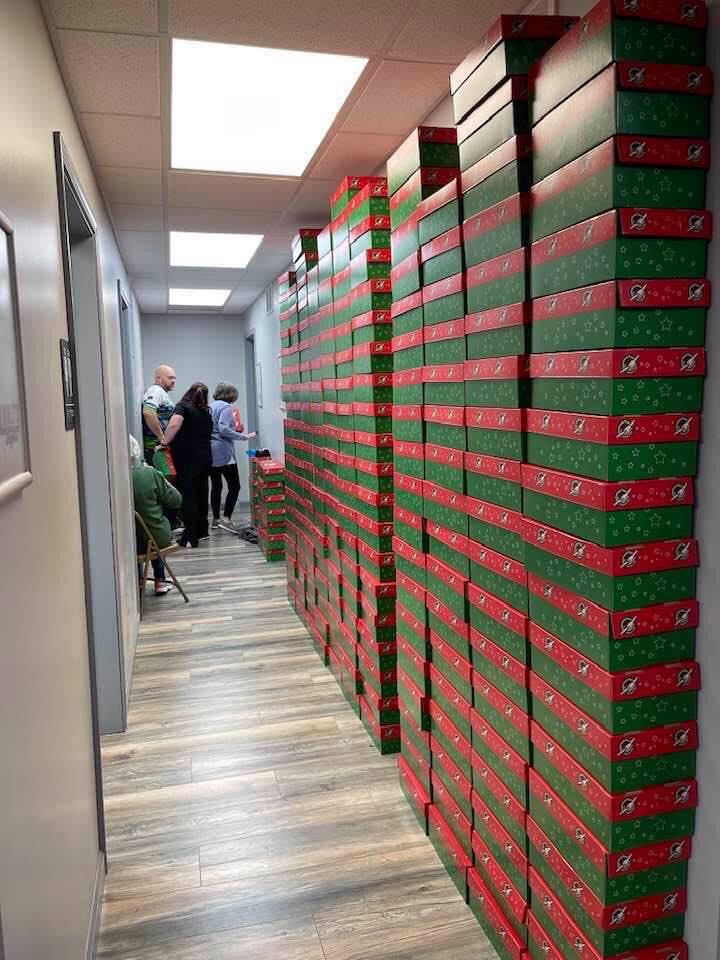 Pictured are some of the 400+ boxes already finished by Rowletts Baptist Church. All of these boxes contain Ruby Meredith’s toboggans. Photo submitted.