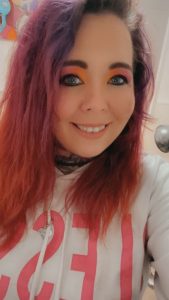 Back in 2006, Sammy Jo Freeman, known then as Sammy Jo Jessie, was just a senior BCHS. Even so, she embarked on an artistic career path as a tattoo artist at Soul Stained Tattoos. The owner Brian Kirby, who opened the doors in 2003, welcomed her aboard to the Glasgow location on North Green Street. Sammy Joe didn’t know it then, but she was destined to become the owner of the tattoo parlor.

From the beginning, Sammy Joe says that her inspiration was her drive and desire to do something creative.

“Canvas is great, but it can get damaged at any time. Other mediums are equally fantastic, but to me, skin was so much more personal,” Sammy Jo said. “I saw my boyfriend at his first tattoo and I was hooked. Tattooing became my main focus even before I completed my apprenticeship.”

Sammy Jo has now been a tattoo artist with soul stain for 15 1/2 years.

“The customers I’ve had through the years are more family than clients. I have listened to their stories of triumph, happiness, sorrow, and loss,” she said.

Sammy Jo is also proud of her story of personal triumph.

“When I started out in 2006, a lot of people didn’t think a woman would do as good of a job tattooing as a man,” she said. “From the beginning, I had to fight through barriers and stereotypes but I never let it stop me.”

Over the years, the business grew and thrived. The young proprietress now has a client list so big that she has an appointment-only policy.

This year, the business outgrew its original location and is now located in Cave City at 212 Broadway.

“I always dreamed of getting to have a bigger location and bring more artists onto the team,” Sammy Jo said.

“The Glasgow location gave me so much and I was able to hone my skills there, but it was time to expand.”

Having lived in Cave City for three years, she felt it was the perfect place to seek a new location.

“Bringing my shop here felt like a good move,” she said. “Cave City is starting to grow so much and there are so many positive changes in restorations here. The shop is in walking distance of the new businesses opening downtown. I am proud and I’ll be a small part of its growing history.”

At the new location, Sammy Jo says clients can expect spacious tattoo booths, a large lobby, and quality work. The hours are Tuesday through Saturday 11 AM to 6 PM. 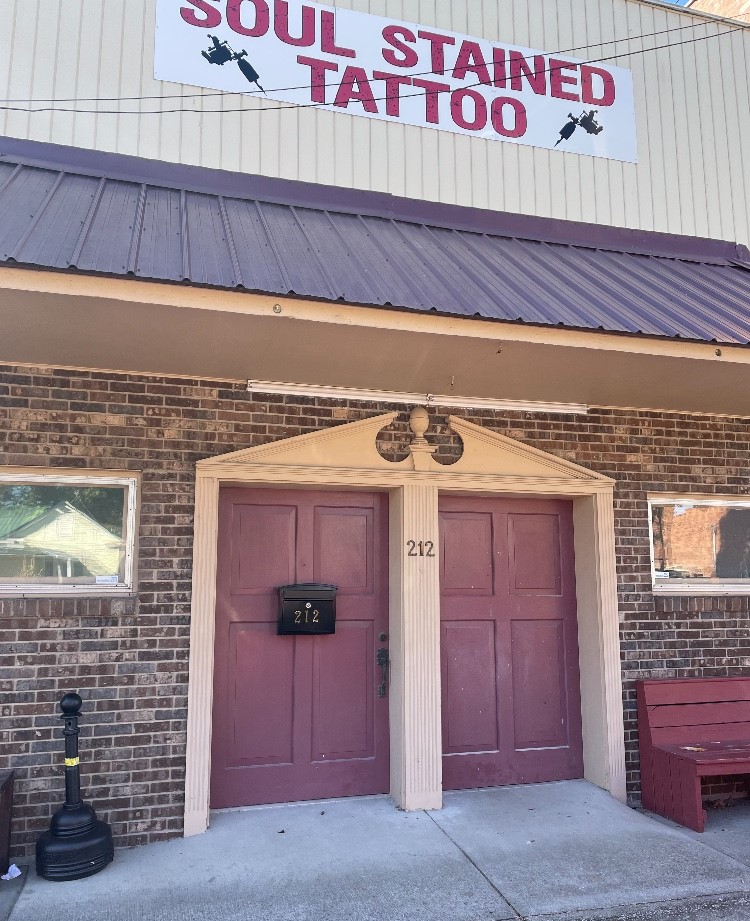 The new location in Cave City at 212 Broadway. Photo submitted 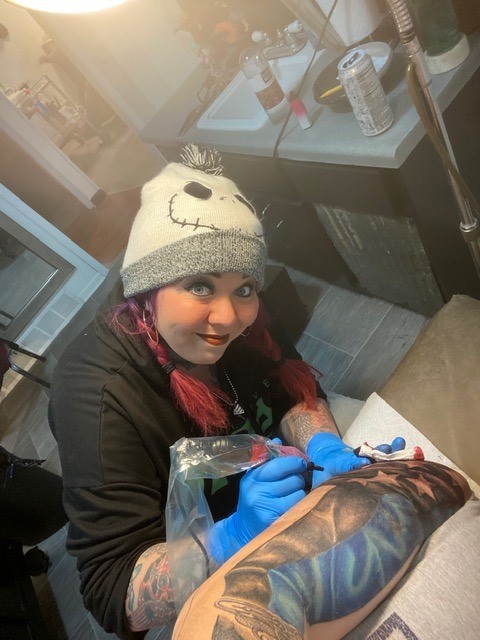