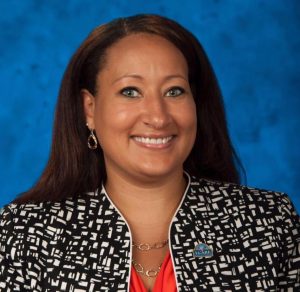 When Crystal Mills White made her first trip to see an Air Force recruiter, it wasn’t for herself.

“I went to a recruiter in Elizabethtown to support a friend, Robert Kidd, who was thinking of joining the service,” Crystal said. “While there and listening to what the recruiter said, I decided that I wanted to further explore joining for myself. There was something very attractive to me about being able to travel around the world, gaining hands-on experience, and having my education paid for all at the same time.”

But before joining, Crystal discussed the opportunity with her family.

“After speaking to my mom, of course, she made me write a paper and do a presentation on the reasons why I wanted to go to the Air Force instead of directly to college, especially since I had cheerleading scholarship offers to several colleges and universities,” Crystal said.

After receiving family support, Crystal immediately went to her close friend, Amanda Mabe Staggers, and told her she should join as well.

“To my pleasant surprise, her response was an immediate, ‘OK’ and that was that,” Crystal said. “…I (also) told the recruiter the only way I was going in (the Air Force) was if I had a guaranteed career in the medical field.”

Crystal joined the United States Air Force in January of 1997 at the age of 18 on the delayed entry program.

However, Crystal and her friend Amanda were sent down two different paths.

“Little did I know we would leave on different dates and be sent to different locations because of my criteria of a guaranteed job in the medical field,” Crystal explained. ‘I figure, the two of us in basic training together would have just been too much for the drill sergeants and those around us.”

“I left Munfordville looking forward to experiencing the world and eager to see and experience all of God’s creations which I knew expanded far beyond my current exposure,” Crystal added.

When it came time for boot camp, Crystal stated that certain aspects were fun.

“Running track for Karen Shelton and Mindy Daniel and cheering under Tammy Witt certainly prepared me for all the running and physical activity components,” Crystal explained. “Growing up a brown girl in a small country town, having five brothers and sisters, and starting my first job the day after my 15th birthday prepared me for the mental challenge. No one was going to get in my head anymore than anyone who was already there.”

Crystal graduated basic training at the 331st Training Squadron in San Antonio, Texas where she served as Element Leader for her unit. After six weeks of vigorous Air Force basic training, she completed 14 weeks in Medical Service Specialist Course which included eight hours a day of classroom training, another eight weeks completing a clinical rotation at Andrews Air Force Base, and additional time getting certified as a National Emergency Medical Technician, all before getting to her first duty assignment at Barksdale AFB, Louisiana, working in OBGYN. From there, Crystal went back to Andrews Air Force Base and was assigned to the Surgical Squadron.

While completing clinical rotations at Andrews Air Force Base, Crystal met “the other person from Kentucky” who, unbeknownst to her at the time, would later become her husband and father of her children.

“Although we are no longer together, we shared 16 years, all of which were while either or both of us were serving on Active Duty,” Crystal said. “We have four children: Lauren, Taylor, and Jordan (twins), and Isaiah… They are good kids with good hearts who will serve as good citizens and neighbors who will make strong contributions to the communities in which they will serve, just like their grandmother Mary Mills-Turner.”

Although Crystal enjoyed her time in the military, there were times that were difficult.

But perhaps the most difficult moment was the loss of a close friend. While stationed at Rhein-Main Air Base in Frankfurt, Germany, Crystal worked with the pre-teen and teenage programs at the Youth Center on Base.

“Through the work, I did there, I had the pleasure of meeting a wonderful young man,” she said. “…His smile lit up every room, and his spirit exuded warmth, strength, and kindness. He was the son of a military couple who were also stationed at Rhein-Main. His father would soon retire from the Army. He (the young man) wanted to go to the Army and serve just like his father, his uncle, and his cousin. Although I tried to get him to join the Air Force because of my experiences, he joined the Army. Right after basic training, he was sent straight to Iraq, and within a year we were being informed he lost his life to an IED explosion.”

The young man wrote a letter to Crystal from Iraq a couple of months before the accident. In the letter, he talked about all the things he was going to do when he returned.

“He said he wanted to visit Munfordville of all places,” Crystal recalled. “He said that the people of Munfordville had to be good people if that’s where I grew up. I have always and will always be proud of my hometown. There is no place like home, and Munfordville will always be the place I call home.”

For any young woman interested in joining the military, Crystal does have a few words of encouragement.

“Everyone’s journey is different. If you are a female interested in joining the military, do it,” she said. “Keep your guard up like you would anywhere, report anything inappropriate, and go be a badass. Work harder than anyone else, and do you! Do your thang, girl! I would be happy to talk to any young person considering pursuing a career in the military. Please don’t hesitate to reach out.”

Crystal stated that she sometimes thinks about who she would be if she had not joined the Air Force.

“…What I would be like? Would I be as grateful for and as appreciative of life as I am now?” Crystal said. “I believe that what makes us who we are is (1) who God made us to be a birth; (2) how we were raised; and (3) life experiences that have been thrown at us. I know this is true for me, and the military is a big part of who I am.”

“It wasn’t always peaches and roses,” Crystal added. “In fact, there were many rough days, but overcoming hard times is what makes us who we are. Everything we do in life is a choice. Choosing happiness is a gift from God which cannot be mistaken. Having joy, peace, and love are so important. God commands that above all these is love.”

After separating from the military, she had a burning desire to work for the Department of Veterans Affairs (VA).

“It was my way to continue to serve,” Crystal said. “I started out as a scheduler in the eye clinic at the Roblex Rex VA Medical Center in Louisville, Ky. After 22 years of Federal Service, I now work at VA Headquarters in the Office of the Secretary, Veterans Experience Office, as the Lead Strategist and Risk Practitioner.”

“Although I initially joined the military for certain reasons, I continue to serve because of love and service to my country,” Crystal continued. “I show love by being the best at my job. I service by connecting the dots, illuminating barriers, listening, taking action, and implementing processes that impact the lives of Veterans and their families across the country. ”

Crystal said she is honored to have served her country and that the camaraderie shared among Veterans cannot be matched.

“I have so many brothers and sisters, who are not blood-related, but people who have my back,” Crystal said. “And I have theirs – forever – without questions…Military friends become your family. Everyone is away from home, serving and surviving together. The culture is that everyone helps everyone, all the time, with whatever is needed, and you don’t blink an eye. You don’t judge, keep count, or hold grudges. You love, support, and deliver because it’s the right thing to do.”

“…Life is not promised or guaranteed,” Crystal added. “Make sure those around you know how much you love them. We are all God’s children. Be kind.”

The Hart County News-Herald would like to thank Crystal Mills White for her service to our country and her dedication to her fellow servicemen and women. 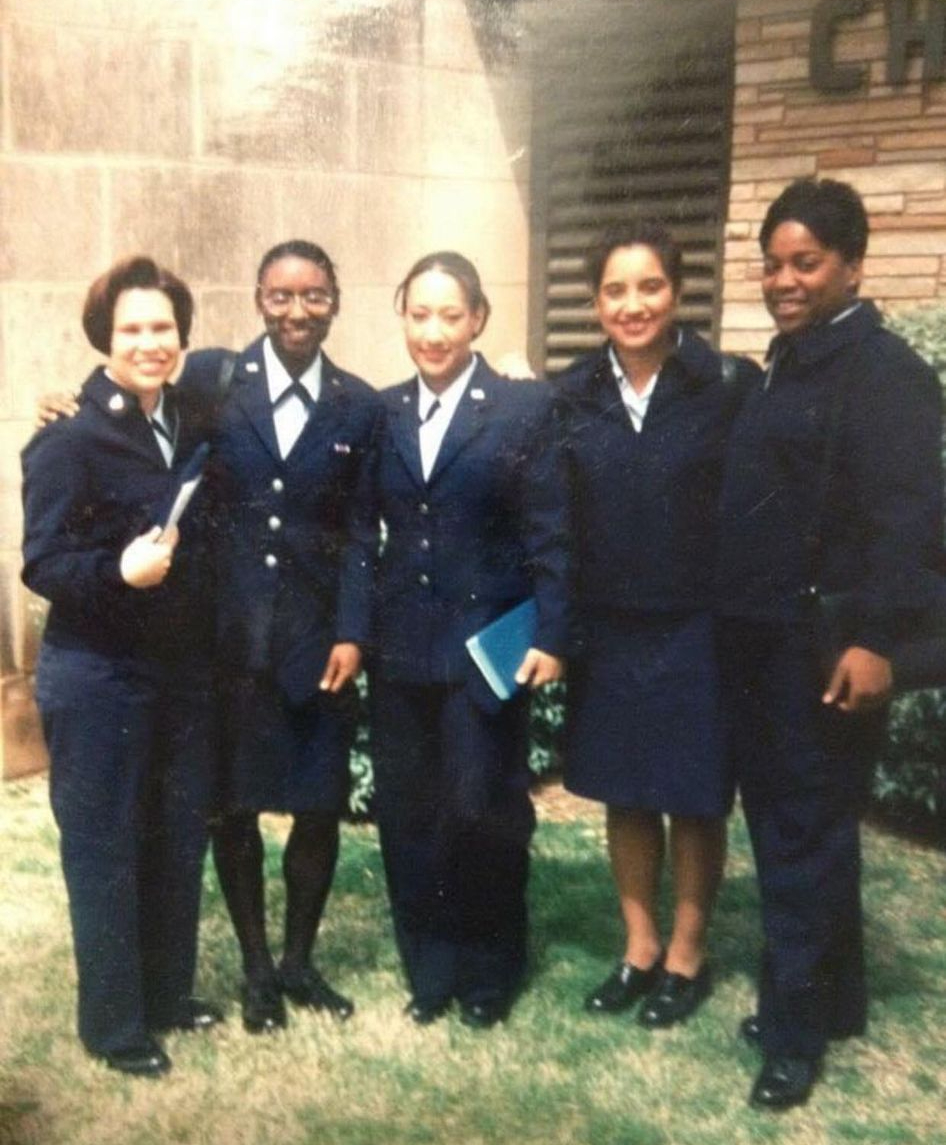 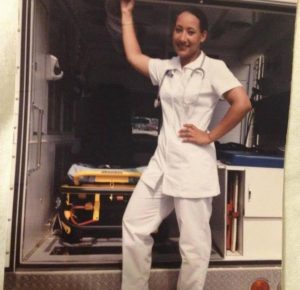