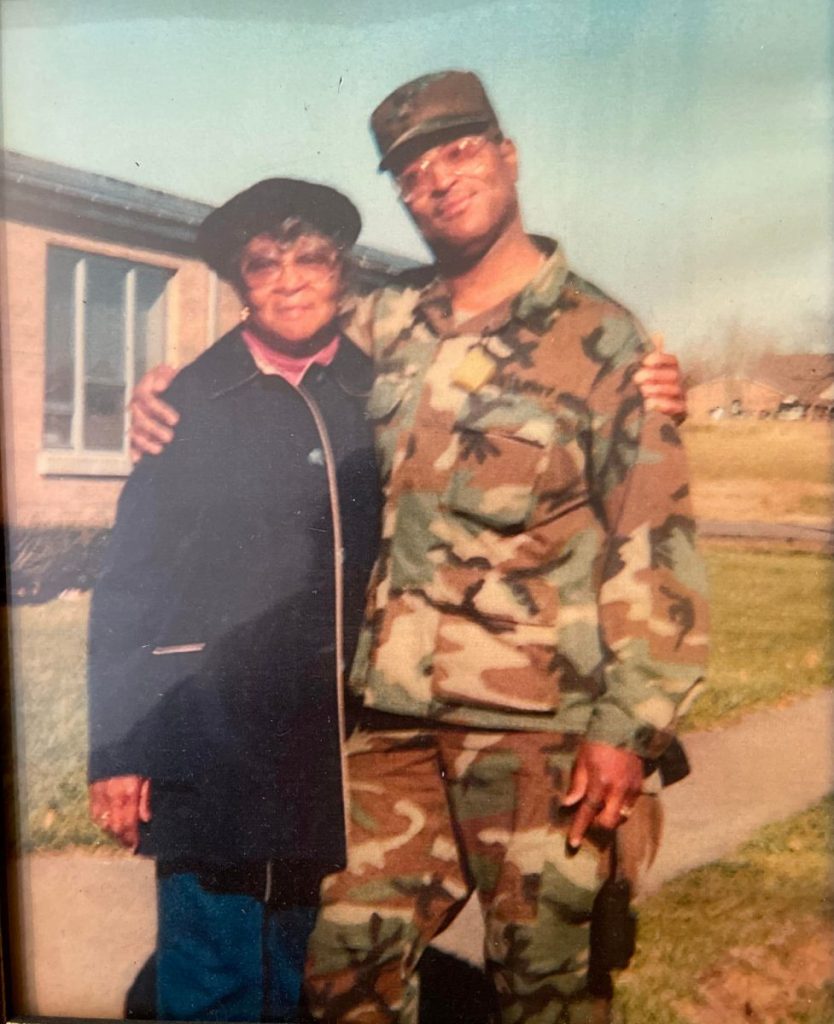 Veteran Earl Hatchett served his country for 28 years. He is pictured with his mother, Dellar Mae Hatchett. Photo submitted.

“We’re all in this together. It makes a man out of you, and it makes you closer together as one. You don’t see no color. You see survival.”

In 1940, the United States enacted the Selective Training and Service Act, otherwise known as the draft. The draft required all men between the ages of 21 and 35 to register for the draft. At this time, the first national lottery was held.

As World War II progressed, the draft age was lowered to 18. Men were then called to service, not by a lottery number but instead by age, with the oldest going first.

In 1964, Earl Hatchett received his draft orders to the United States Army.

“Uncle Sam…he made me do it,” Hatchett said. “I didn’t volunteer…I didn’t have no choice once I was one age. They put you in there, and you raise your right hand…That was the law, so I made the best of it with my ability to learn all I could and see all I could see on his (Uncle Sam’s) expense when he feeding me and putting money in my pocket, and taking care of me… But I was a grown man when I went in there. I was 22-years-old.”

In 1965, Hatchet was deployed to Germany for additional training.

Hatchett spent 19 months in Germany. He said that the way Americans lived was a “360 degree turn around” from how may Germans lived during that time.

“Those German people, they was living kind of rough where I was,” Hatchett recalled. “…They’d have their cows and farming stuff in the basement, and they be living upstairs in a pretty, big home, brick and stuff, but the cows would be in the basement, milking it, that kind of farming and stuff.”

“At night time, when we would have chicken, you know, you don’t eat all your chicken, you throw it in the garbage can,” Hatchett continued. “…We’d be going down the street by the mess hall, and you’d hear a boom, boom, boom. What is that over there? That was when we first got to Germany. We didn’t know nothing about the German life either, and we’d hear the noise…It was those German people, knew we had chicken that day…When they didn’t have nothing to eat much, they would get that chicken out of the garbage can.”

During Hatchett’s time in Germany, a war was raging nearly 6,000 miles away: the Vietnam War.

“I was in Germany for that purpose of going into the Vietnam War,” Hatchett said. “You had to have had a tour of duty for a year before they would send you.”

“My buddies were leaving out. It was hard,” he continued. “…Your buddies got to go, and I don’t go. Because you want to go with them for real, but then you don’t…I ain’t never been to no war (at that time). I don’t want to go, but if I got to go, I just as soon go with you ‘cause you my buddy…A lot of buddies didn’t make it back.”

Fortunately for Hatchett, he was not sent to Vietnam. He spent 19 months in Germany, earning the rank of Sergeant E5 of the U.S. Army, and returned home to the states in 1967.

“At that time, you had a six-year obligation, but when my two years was up, you could get out, but still if they need you those other four years, they could call you up and you had to quit whatever you were doing and go back to active duty,” Hatchett explained. “…When my six-year obligation was up, well, I thought I was through with the service…I got out and got me a job. I’m going on with my normal life and stuff, and then I went to work on the road and then at Ford Motor Company, and then I got laid off at Ford Motor Company and didn’t have no job. That was back in ‘82. Wasn’t no jobs no where.”

That’s when Hatchett chose to once again serve his country by joining the Kentucky National Guard.

“After I went back to Ford, I just stayed in the Guard and made a career out of the Guard,” Hatchett said.

During his time in the Guard, Hatchett was deployed to Desert Storm.

“Here we go to war now. We go into the real war,” Hatchett said. “All this time we’ve been practicing, weekend drills, and you’re learning how to do all this stuff. Now, we get deployed to Desert Storm. Real people. Real fighting.”

“For the young kids that never had been through nothing, it was like wow. If you ain’t never been in it, you just got in it,” Hatchett added. “Some of them think just get in, go to college, now you got to go to war…I had been deployed before, but some of them guys hadn’t.”

Just as he had done during his time in Germany, Hatchett once again found himself in service and brotherhood: serving his country and and forming a bond with those fighting by his side.

“We’re in this together now,” Hatchett said. “You teach them what you know to help you and you helping them, too. We’re all in this together. It makes a man out of you, and it makes you closer together as one. You don’t see no color. You see survival.”

Hatchett didn’t disclose details of his time in Desert Storm, stating, “It’s not easy to have to do the things we do…”. He further explained that others would not understand unless they had experienced it as well.

“I never got hurt too much, just mind things and see things you don’t really wanna talk about when you’re in the war unless you’re with your buddies,” he said. “All those years I’ve been through, the stuff I’ve been through, it’s a blessing. I ain’t mad about it.”

Hatchett continued to serve his country until he retired from the National Guard in 2002 at the age of 60. The young kid born in Rowletts, who at one time made a dollar a day doing farm work, spent 28 total years in service to his country and fellow Americans.

“All them years, I enjoyed it…I enjoyed my stay in the service,” Hatchett said. “…You make the best out of situations and keep on going if that’s your motive.”

Hatchett, who was often referred to as Daddy Rabbit by his buddies, stated that he missed being in the service after retirement.

“It really bothered me not being with your friends every month,” Hatchett said. “…In the service, it’s a lifelong bond…Once you been through it, go through it, and understand it, you got friends everywhere even when you’re out of the military…I really miss the guys because we had a good camaraderie.”

Hatchett, who has resided in Glasgow for the past several years, received many honors for his service. He was presented with Army achievement medals, the Bronze Star Medal for exceptional military achievement in Desert Storm, several certificates of recognition, stripes, marksmanship skill awards, and many more.

For Hatchett, serving his country alongside his fellow soldiers was truly an honor for the now 79-year-old Veteran.

“…You just did what needed to be done and did the best you could and come out victorious,” Hatchett said. “…It’s an experience if you can live to tell it…I’m blessed and enjoyed my time that I’ve been here.”

On behalf of Jobe Publishing, Inc., we thank U.S. Army Veteran, Sergeant Earl Hatchett for his unwavering dedication and service. 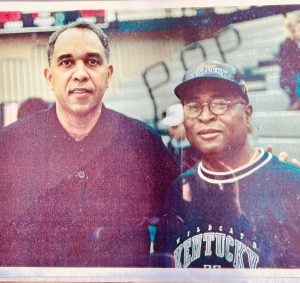 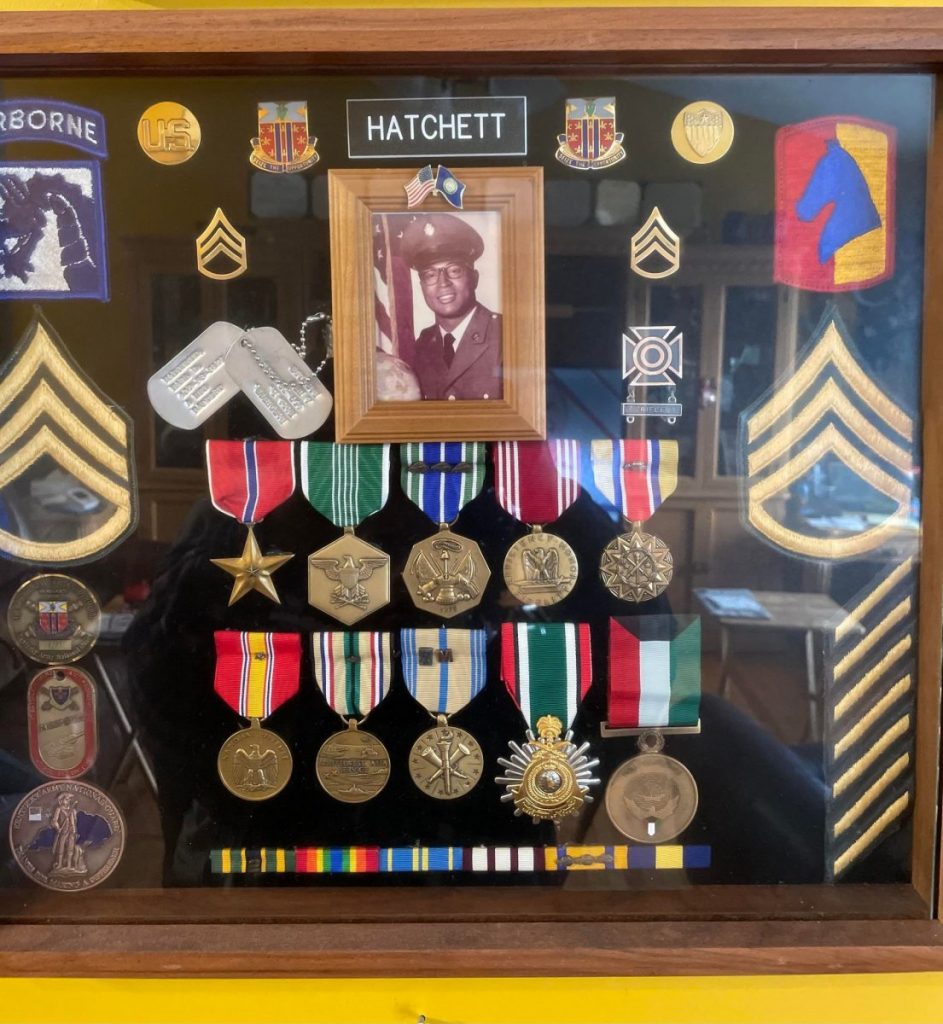 Earl Hatchett received many awards, medals, and honors for his service. Photo submitted. 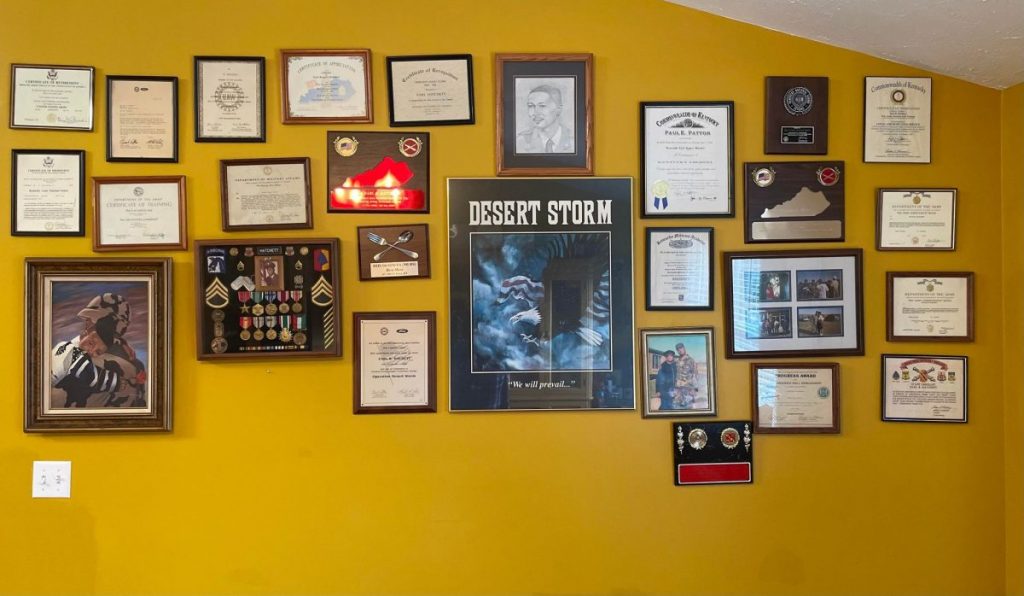