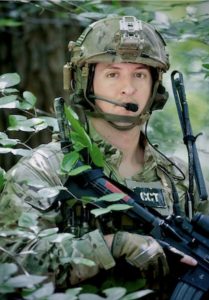 Every service in the military has its unique, elite force. For the Navy, it’s the SEALS. For the Army, it’s the green berets.

But in the Air Force, it lies with the Special Operations Command’s combat controllers, otherwise known as the scarlet berets.

Veteran TSgt. Nicholas P. Jewell is among this class of elite airmen.

Jewell, a native of Canmer, joined the military when he was 20-years-old after spending two years playing baseball at Spalding University.

“I learned about Air Force Special Operations during my time at college from a friend, and I quickly learned that it was what I needed to challenge myself,” Jewell said. “I chose the Air Force to follow the career path of a USAF Combat Controller (CCT). Being a Combat Controller requires discipline, leadership, and skill sets that physically and mentally force you into growth, and that was enough for me join the Air Force Special Operations team.”

Jewell explained that combat controllers are among the most highly trained personnel in the U.S. military. They maintain air traffic control qualification skills throughout their careers. Many qualify and maintain currency in joint terminal attack control procedures, in addition to other special operations skills like infiltration skills and combat diver and demolition qualifications. Their motto, “First There,” reaffirms the combat controller’s commitment to undertaking the most dangerous missions behind enemy lines by leading the way for other forces to follow.

To earn the scarlet beret, you must make it through the rigorous training pipeline. According to Jewell, the wash-out rate for the CCT pipeline and training is upwards of 90 to 95%. Only about 500 Active USAF CCT serve at any period of time due to the high failure rate and length of training required.

It took over a year of commitment of Jewell training his body to get into the correct physical conditioning to be ready for CCT training.

“Being an athlete growing up, I understood what it would take, but this included swimming very long distances, potentially around 10km, and underwater swimming over 50 meters at a time repetitively,” Jewell explained. “Not growing up swimming competitively or having a swim team in high school, it took a long time to master the art of this endurance.”

Training for Jewell included two and a half years of twelve, very intense military schools and courses. He also had follow-up training as a Joint Terminal Attack Controller after earning his beret.

“Even after graduating such a long pipeline of schools and courses, I still had more training while serving, such as USAF Rescue Jumpmaster, NAVSPECWAR Combat Dive Master course, and Explosive Breaching courses,” he said.

After becoming a SOF team member, Jewell served in the Kentucky Air National Guard and Active Duty Units during deployments. He served in Afghanistan and Iraq.

“Some of the most positive moments while serving as a USAF CCT is knowing that I could reshape an entire battlefield or fight in the matter of moments bringing air power to the enemy,” Jewell said. “One moment it could be complete chaos and the next moment it was silent.”

Jewell contributes much of his personal and professional growth to what he has gained during his military tenure.

“I have had the opportunity to be surrounded by strong leaders and mentors, push myself to the limit, and watch life come and go before my eyes,” he said. “I have been privileged enough to travel the world, immerse myself into other cultures, and understand that there are people and places far beyond my reach and understanding. I have gained so much appreciation for life due to my experiences and learnings. I am a stronger man, leader, and overall, a better person for serving…I would not be where I am without those who have shared my path and the experiences that have shaped me into the person that I am today.”

Jewell’s service and education have both additionally impacted his life as a professional. He now has the capacity to participate in and support non-profit organizations, as well as be a strong leader in his own businesses.

After serving his country, Jewell founded Special Operations Supply (SOS) in 2019 with a team of former special forces operators. He also serves as the Chief Executive Officer of the company.

“We were on a mission to increase awareness and accessibility of innovative products in the SOF community,” he said. “Our purpose is to continue serving our community by providing the most leading-edge innovative technical gear and education so that those in uniform can operate with precision and confidence. We are a value-added reseller and distributor. We partner with some of the most reliable manufactures and vendors to curate and kit products that align with our customer’s needs.”

In early 2021, Jewell was invited to join The Milieux Project as a member of the Board of Directors. Based in Jacksonville, Fla., The Milieux Project, Inc. is a charitable organization and outreach program dedicated to increasing awareness and improving access to opportunities in aviation for girls.

“Having two daughters of my own, this was a no-brainer to assist a great organization with a great cause,” Jewell said.

For anyone interested in joining the military, Jewell said that there is no doubt that serving one’s country can have its difficult moments.

Of course, the most difficult part is watching the lives of those around you struggle and/or be lost.”

However, just as there are difficult moments, there are also positive and defining moments, opening the door to many opportunities.

“There are sacrifices to be made, hurdles to clear, and a lot of heartache if you’re not prepared for the fight and the outcome,” he said. “I am a better and stronger person because I served my country. I have a greater sense of pride and appreciation for this country and my home. If you take it seriously, the military can be a career path that serves you just as much as you serve your country. Like anything, you’ll get out of it what you put in.”

As of 2021, there are over 19 million Veterans in the United States, making up less than 10% of the country’s overall population.

“I appreciate those that served before me, those serving with me, and those who will serve after me,” Jewell said. “Know that veterans do sacrifice. They do devote themselves to protecting and serving every individual in this country. Some are gone, some are lost, and some are just trying to make it through the day just like everyone else. I ask that they are appreciated, recognized, and that others extend their gratitude for their service. Their time and sacrifice need not go unnoticed or underappreciated.”

Jewell concluded his interview by stating that he is proud of his hometown of Canmer and thankful for those who have played a special role in his life.

“I talk about my childhood hometown and how great the people are from there often throughout my travels,” Jewell said. “I appreciate everyone that has had an impact on my life, especially my brother Josh and Aunt Stain.”

The Hart County News-Herald would like to thank USAF Veteran TSgt. Nicholas P. Jewell for his service to our country. We are proud to call him one of our own.

ANG Outstanding Airman of the Year

Kentucky ANG Airman of the Year 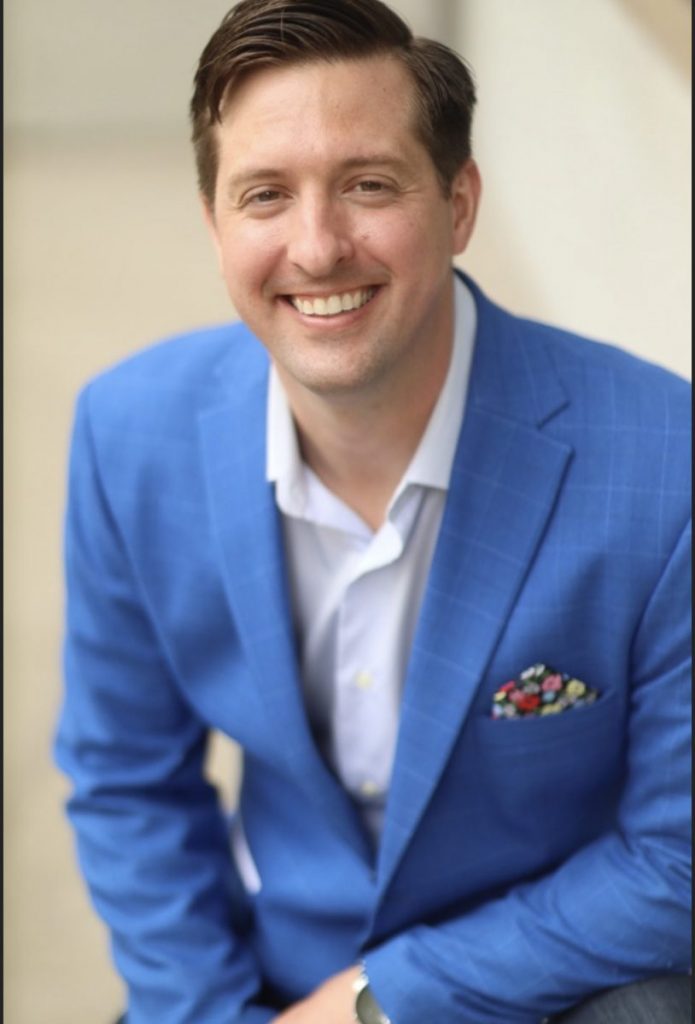