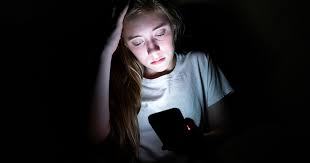 Statistics clearly reveal that teenagers who spend time on social media are more likely to suffer from depression, anxiety, and sleeplessness.

Whether or not social media can be considered a “good” thing is up for debate, but one thing isn’t: It enables the dark side of human nature, leaving society forever changed.

In September Facebook made national news when it was likened to big tobacco, at a senate hearing where Republicans and Democrats alike questioned Facebook’s global head of safety, Antigone Davis.

Antigone was questioned about the impact of social media on mental health, and Facebook’s marketing appealing to children and teens.

The hearing was held in response to the Wall Street Journal’s series that revealed that Facebook and Instagram are not in the dark when it comes to understanding the negative impact on mental health in young users, but choose to appeal to them anyway.

Senator Ed Market was especially outspoken at the hearing, saying, “Facebook is just like Big Tobacco, pushing a product that they know is harmful to the health of young people, pushing it to them early, all so Facebook can make money.”

So, how many underaged people are using social media, what are the mental health effects, and who is it affecting the most?

A survey from the National Center for Health Research found that 97% of American teens, ages of 13 to 17 have at least one account.

According to Instagram’s company documents revealed by the Wall Street Journal, teenagers, especially girls, are the most heavily impacted by time spent on social media. An internal investigation by Instagram proves that not only were they not protecting teenagers from harmful content, but were actually promoting pages that influence eating disorders, body obsession, and other neurotic behaviors.

By 2015, 92% of teenagers owned a smartphone, and as smartphone use increased so did depression and bipolar diagnoses.

Here are more staggering statistics gathered by the National Center for Health:

As for adults, body obsession is just as bad, if not worse. Elective procedures, even amongst people who cannot afford them, are at an all-time high.

The American Academy of Facial Plastic and Reconstructive Surgery (AAFPRS) did a study in 2013. The annual poll of 752 of the organization’s board-certified facial plastic surgeons found that there was a 31% increase in requests for surgery as a result of social media mirroring behaviors. These procedures can be as drastic as nose jobs, breast augmentations, and facelifts, and as non-invasive as Botox and chemical peels.

The existence of social media has also exacerbated and elevated the way people commit certain crimes. The three most prevalent are pedophilia, stalking, and identity theft.

According to the National Center for Victims of Crime, 1,006,970 women and 370,000 men are stalked annually in the United States. Social media has made it all the easier, because even so-called private profiles for the major platforms like Instagram and Facebook, make extensive knowledge accessible. When that information is manipulated, stolen, or used the wrong way, the effects can be devastating, even dangerous.

Most people however are not even attempting to protect their information, with 63 percent of profiles are visible to the public, and 55% of teens sharing personal information with the general public.

Identity theft, the world’s most common cybercrime, is more prevalent than ever before. According to Business News Daily, social media users are 30 % more likely to be a victim of identity theft, and users of Snapchat, Facebook, and Instagram have a 46% higher rate of incidents.

Perhaps the worst unsavory use of social media is by pedophiles. Most pedophiles go unconvicted, unknown, and operate quietly. Such predators frequently use social media platforms to contact children and foster relationships. In fact, social media make such easier than ever before.

Teens are not the only concern, however, and sometimes parents themselves are their children’s worst enemy when it comes to sharing too much information.

The For Every Mom website warns against using common hashtags followed by pedophiles.

“It is estimated that parents will share more than 1,500 photos of their child online before they turn 5. Experts are warning parents against using these common hashtags which make their kids targets,” said the site.

Although many parents choose to share photos of their children, the data detailing reasons not to is ample. As for teenagers with social media accounts, they often share content that makes them a target. Predators look for individuals who have body image problems, complain of family issues, and express loneliness online. Experts suggest that if you allow your teens to interact this way, you strictly monitor their account, its content, and its contacts.