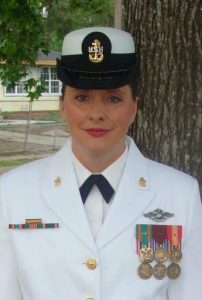 Sonya M. Hamrick is a retired U.S. Navy Chief Petty Officer who has received many honors for her service. Photo submitted.

At the age of 21, Sonya M. Hamrick of Hiseville made the choice to serve her country by joining the United States Navy.

“I wanted to see the world and to leave Kentucky,” Hamrick said of why she joined. “The Marine Corps does not have a medical department, so I joined the Navy. The medical branch of the Navy cares for Marines.”

Hamrick stated that for her, boot camp was “not terrible”. It also provided the opportunity to make lifelong friends.

“It (boot camp) involved both mental and physical strength,” Hamrick explained. “Friendships were made very quickly. I still keep in touch with three of the ladies that I went to boot camp with.”

Hamrick’s time in the Navy allowed for her to serve all across the country. Two of her favorite duty stations were in Mechanicsburg, Pennsylvania, and Camp LeJeune, North Carolina.

Hamrick also served in Operation Iraqi Freedom and Operation Enduring Freedom. She was in Iraq in 2003, Kuwait in 2004, and Iraq again in 2005.

Although there were a lot of times that she felt stressed, Hamrick never feared that she wouldn’t make it back home. However, she has lost several friends to war.

“My camp was hit with missiles on multiple occasions, and there was the constant threat of biological and chemical warfare,” Hamrick said. “I have lost multiple friends throughout this conflict. We lost our neighbor who was a Marine. I felt like anyone else would feel. I mean, it’s death.”

For Hamrick, there were also some positive moments during her time of service to her country.

“I met my husband,” she said. “I got to travel. My children experienced many different cultures that they never would have gotten to experience by living in Kentucky.”

Serving in the Navy also allowed Hamrick to learn so much about other parts of the world, as well as life lessons.

“I thought that I had experienced poverty, growing up in rural Kentucky,” Hamrick explained. “The most poor of people are still wealthier than the many people that I cared for in Iraq. I have learned to take nothing for granted either. Life is short. Don’t spend your time worrying about what your neighbor is doing and trying to keep up.”

For any female interested in joining the military, Hamrick said that it can be tough for anyone but can be quite the challenge for a female.

“Find a female that you can trust that has been in for while and listen to her,” Hamrick said. “Work hard and do not allow anyone to take what you have earned away from you. You are just as valuable as any male that serves, and your job is just as important. Do not let anyone tell you otherwise.”

She also encourages those interested in joining the military to know fact from fiction.

“Most people think that when you are in the military that you are making a good salary. This is a misconception,” Hamrick said. “We do not go to college for free either. We pay into the GI bill during boot camp. Medical and dental are not free but are a part of the benefits that we receive as service members.”

The Navy Veteran also wants others to know that each veteran is different.

“We have our own unique stories,” Hamrick said. “Our political views are not always the same. We come from every walk of life, too. Please do not assume that you know how a Veteran would feel about a specific topic to include political views.”

Retired as a U.S. Navy Chief Petty Officer, Hamrick now works as a site supervisor for a security firm.

“I never would have imagined working in the security industry before the Navy,” Hamrick said. “I always wanted to be a mortician when I was growing up. I don’t want to do that anymore.”

Jobe Publishing, Inc. would like to thank Navy Veteran Sonya M. Hamrick for her service to our country. 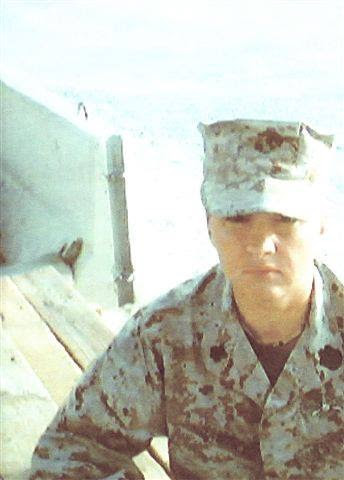 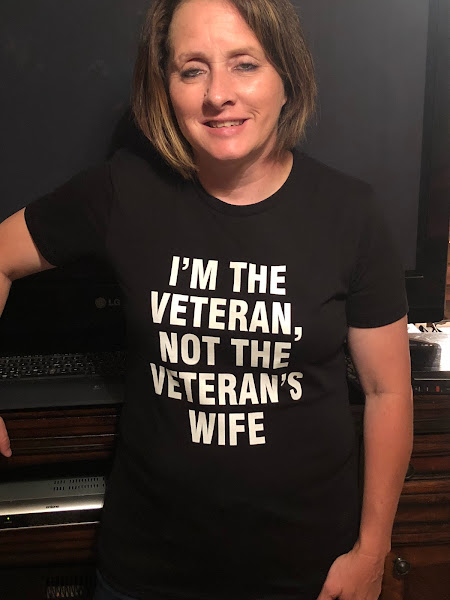 Sonya M. Hamrick, a native of Hiseville, is retired from the United States Navy. Photo submitted.