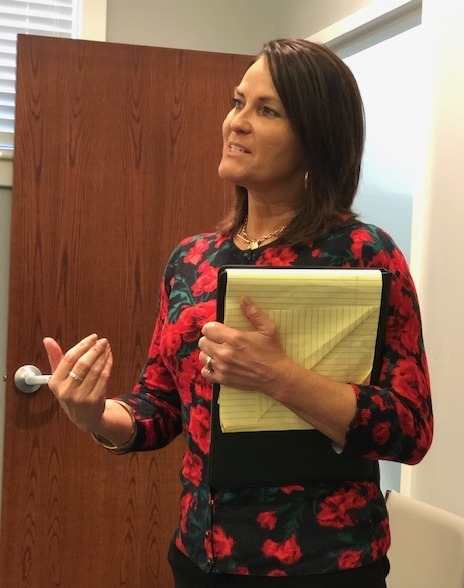 The Edmonton City Council met in regular session on Monday, November 1 at City Hall with a very short agenda.

Public Works Superintendent Moe Hensley presented a rundown of the routine work done in October, but did add that the crew was ready for leaf pick up to begin soon.

He was asked by Mayor Doug Smith about the water tank status. Hensley replied, “They’re ready to disinfect it, put the stuff in it and seal it up, then we’ll fill it up.”

When asked about the unusually large number of non-injury accidents, Chief Wilson noted, “Believe it or not, it didn’t have nothing to do with the 3 lanes [formerly 4 lanes].”

Parks and Recreation Director Brian Garrett stated that the drive-through trick or treating went very well this year. He also advised that the Pedigo Park restrooms have been winterized and closed for the winter.

City Clerk Dawn Devore added that about 600 trick or treaters came to through the park during the drive-through.

The Director of Business Development Kathy McGuire at Precision Engineering LLC stopped by to let the council know that they have an office in Tompkinsville if they required engineering services.