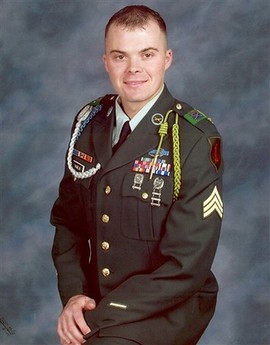 Special to the Barren County Progress

The annual Barren County Veterans Day Parade is scheduled for Saturday, November 6, 2021, at 11 a.m., according to Chairman Darrell Pickett.

“We regret that we again had to cancel the dinner due to Covid, but with the number of people who usually attend and with it being inside we were advised that it was best to cancel the dinner this year and hope that next year we will be able to hold the dinner as has been our custom for many years,” he said.

As in previous years, the parade will line up along South Broadway in front of the Farmers RECC Building. The parade will proceed down Broadway, turn left onto Main Street, and continue around the square to the Veterans Park, where official ceremonies will be conducted.

SSG Christopher Johnson started his military service when he enlisted in the Kentucky Army National Guard with 1/623d FA BN. He served the next 8 years in various positions as a 13M HIMARS Soldier. He started in a full-time position with A Battery 1/623d in 2016. He is a graduate of the Field Artillery 13M Course, Army Warrior, Advanced, and Senior Leader Courses. He deployed from January – September 2013 in support of the 1/623d FA mission in Jordan.

He earned his Bachelor of Science degree from Western Kentucky University.

The DAV Auxiliary will be providing bag lunches for the veterans at the front of the South Central Cultural Center following the parade.