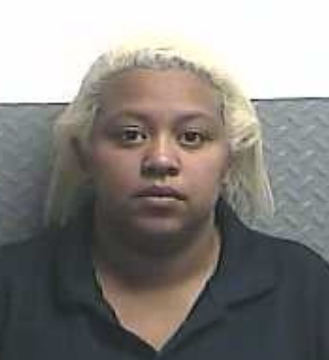 Glasgow woman Danyita Brownsmith, 22, an employee of Kellwell Food Management, Inc. has been arrested by the Kentucky State Police, for bringing methamphetamine into the Barren County Detention Center.

Jailer Aaron Bennett reported the incident to KSP and an investigation ensued.

“I receive some information telling me that it was suspected that methamphetamine was coming into the jail,” said Bennett. That is when he contacted KSP.

“This is not the first time we’ve had a problem with this,” added Bennett.

Kellwell Food Management, Inc. is a food service company that works specifically with correctional facilities, and their employ is a cost-saving measure for the county. Bennett states that he has no firing or hiring abilities when it comes to Kellwell employees, but will not allow contraband to enter the faculty because of the arrangement.

“And issues have come up in the past, I cannot terminate their employment with Kellwell, but I can say that employer cannot work in this facility,” he said.

Brownsmith has been lodged in the Hart County Jail.