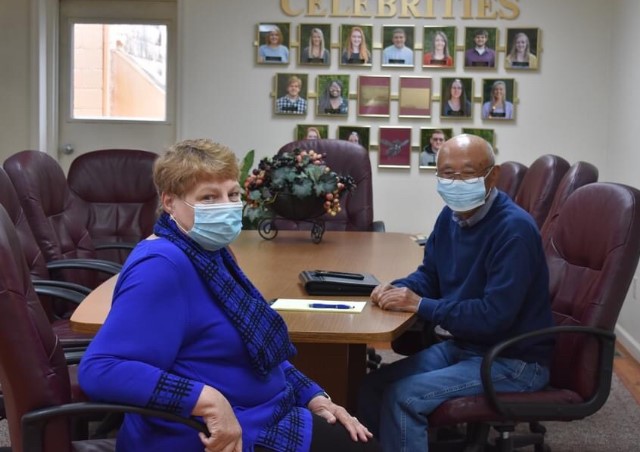 Metcalfe County Public Library and the Chamber of Commerce hosted a book signing for author Jim Tsukagoshi. This is Tsukagoshi’s first published work…in English that is.

“Two books in Japanese were published in Tokyo,” said Tsukagoshi.

Like most artists, tragedy was interwoven with Tsukagoshi’s creativity.

“I started writing this book while my late wife was at NHC after she was stricken by a stroke,” he said. That was December 2015. In 2019, he retired from his job as a CPA to complete the book.

The book is a collection of four short stories. Each has similar themes of spiritual love between a man and a woman transcending time, location, and background. The inspiration was personal.

“I visited my wife every day for three years and nine months until she passed away in September of 2019. I thought about a lot what love meant between men and women,” said Tsukagoshi.

“Even my visit to my wife inspired me to write something about the love between us I wanted to send the readers some other messages, which I hid behind the stories.”

He says one of them is the insurance systems control of medical treatments for patients (Pearl Harbor). Another he describes as the plight of “income inequality” (The Woman with the Flaxen Hair).

The book is self-published and sold by the net book stores, such as Amazon, Barnes & Noble, Bookbaby, Scribd, Gazelle Book Services, and other net book stores. 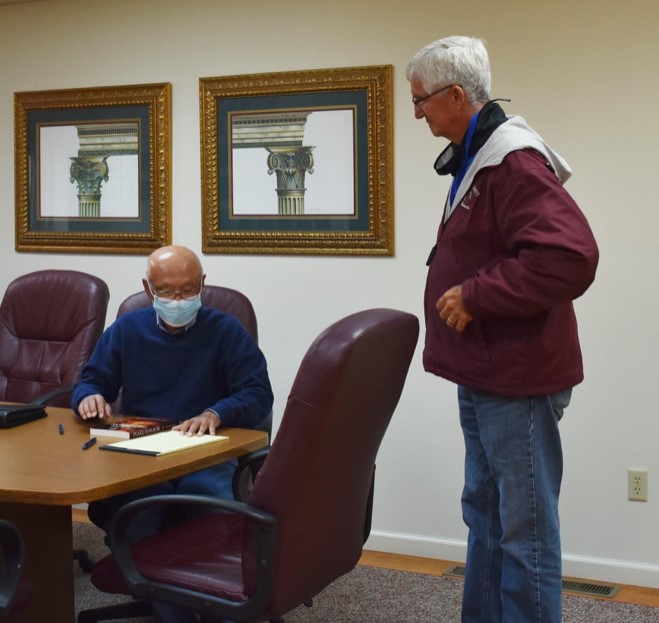 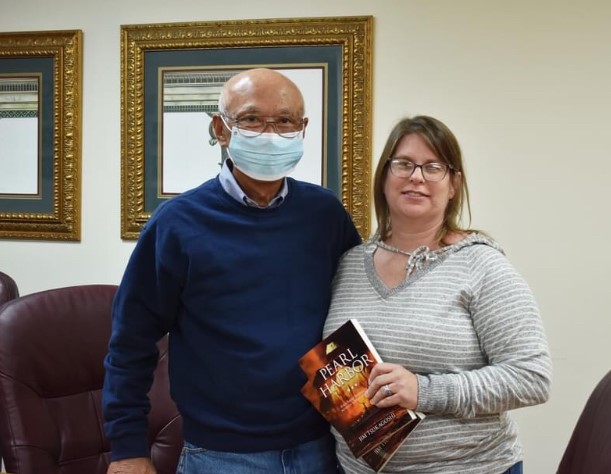 Jim greeted many people who attended the book signing to obtain a signed copy of his work. He is proud to have published his first work in English.