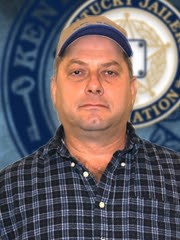 For several months Metcalfe County Jail or Randall Shive has questioned whether or not he and his deputy jailer are eligible for raises at this time. He further stated that Robert Brown of the Department of Local Government (DLG) had indicated to him that a raise may be possible, on the premise that he is a jailer without a jail in the county.

In a meeting of the Metcalfe County fiscal court in September, Page Edwards the County Treasurer presented an email to the court from Robert Brown stating that he did not recall a conversation with Shive. Shive was not present at that particular fiscal court meeting.

Shive then decided to send an email to Mr. Brown to clarify the situation. It said, “The Metcalfe treasurer reported it to fiscal court that she emailed you and you reported for the record that you had not spoken to the jailer and we was not eligible for raises. I was wondering what was going on and why it was told you haven’t spoken to me. I was unable to attend the fiscal court meeting and had to read about this in the paper. I have attached a copy of what I have read…”

That email was sent on October 13th. Brown replied later that day:

First, let me apologize for any confusion I have caused relative to our conversation regarding salary raises. We, indeed, I have spoken and I mistakingly got you mixed up with another dealer. I work with 118 counties and sometimes issues overlap that’s causing confusion. I think we talked while I was traveling the state about a month ago. I apologize that this mishap appeared in your local paper.

As to the question at hand and as I have stated, the only increase in your salary is the cost of living adjustment (CPI) in which the fiscal court must vote to give it to you. Thanks.”

The communication continued, and eventually on October 22, Robert Brown sent the following email to jailer Shive.

“After thoroughly researching your inquiry, we are advising that the deputy jailer’s salary can be reviewed and adjusted annually by the first Monday in May of each successive year during the term. For further explanation, please have your county attorney review with you KRS 64.530. He/she may also review the attached case law, as well. Please know that we are only advising and that any action from your fiscal court is independent from our advisement. Thanks.”

Shive states that he hopes his deputy jailer will have a salary adjustment next year.