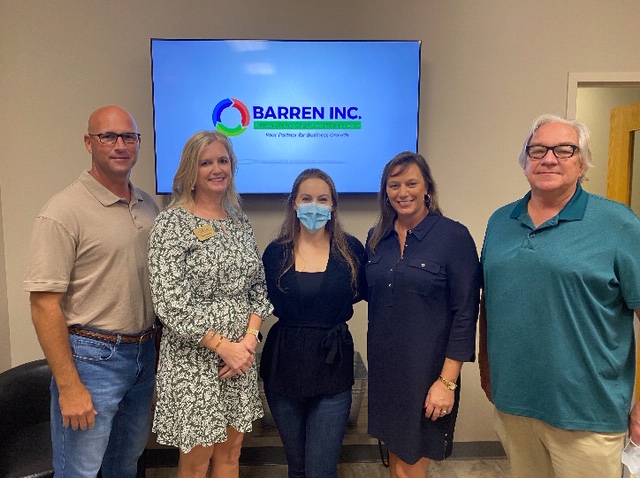 Friday morning the Barren-Metcalfe Chamber of Commerce held a brand reveal party complete with  a confetti cannon to reveal its new logo and branding.

They chose a new logo that reflects a more modern look a and captures their mission to be “Your Partner for Business Growth” as the premier business membership organization in Barren County.

“We are proud to announce the launch of our new logo as part of the on-going evolution of our brand,” said Treva Shirley, 2021 Chamber President. “We have created a new logo to reflect who we are today and to symbolize our dynamic future.”

At the gathering, Shirley further described the new logo as being representative of new synergy. Before it was revealed Shirley detailed the symbolism of the colors used: red, green and blue.

“The arrows are representative of the chamber’s forward motion,” said Shirley.

In the upcoming months you will see the new brand anywhere the Chamber has a presence including social media, marketing materials and our new website, which will be launched in January 2022.

“We worked with BRIX Brand Management. The logo was part of an overall branding development project with a total cost of $1,500, this included the creation of several marketing pieces, business cards and letterhead,” said Maureen Carpenter.

“Today marks the beginning of a new chapter in our story. With this new foundation in place, we will launch a whole new brand campaign the first of the new yea,” said Maureen Carpenter, Executive Director of the Barren County Economic Authority, and future President & CEO of Barren Inc. “At the heart of it will be our members and the benefits they reap from Chamber membership. We can’t wait to bring new life to all the amazing things the chamber does.” 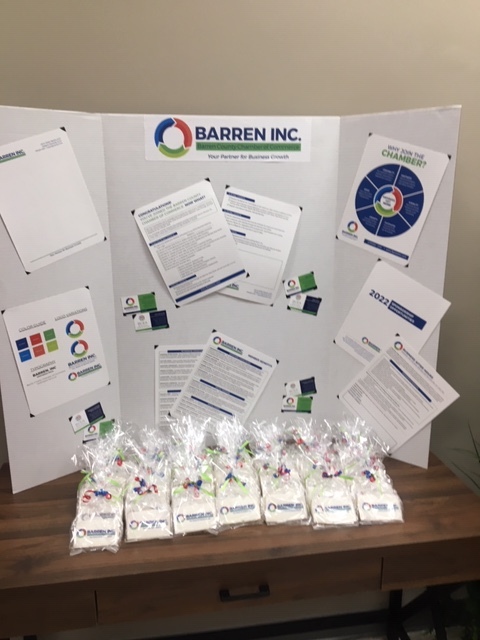 Logo and other marketing materials are part of a branding campaign to modernize the image of the chamber, now that it has joined forces with BCEA. 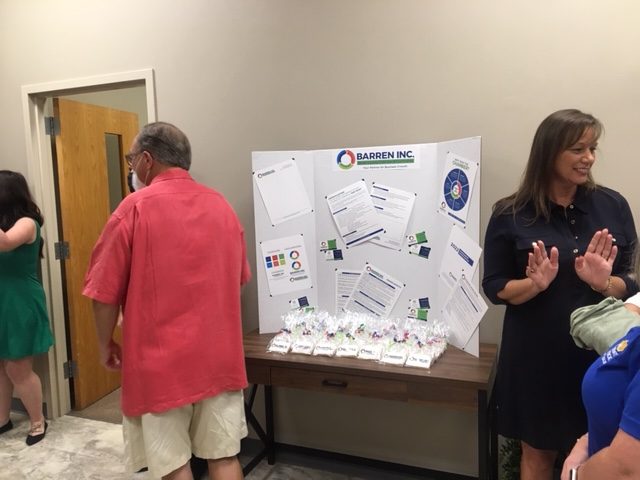 Mingling after the announcement. 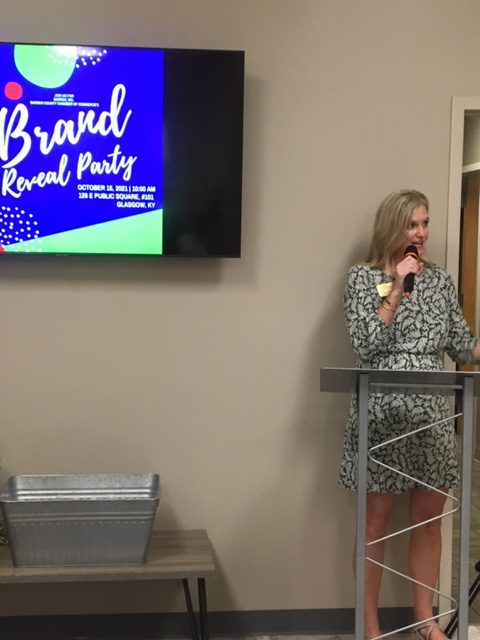 Shirley, president of the chamber, reveals the new logo.