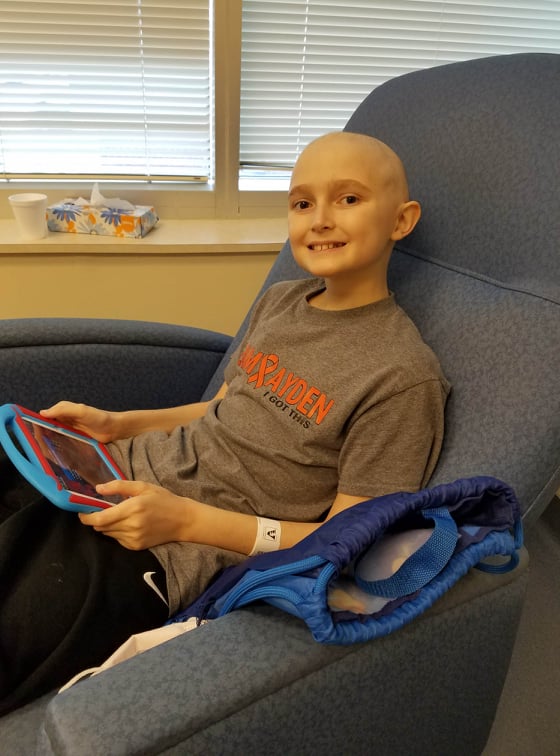 Ayden Morris was diagnosed with leukemia when he was just 11-years-old. Photo submitted.

Last week, The Hart County News-Herald shared Aniston’s story. This week, we bring you the journey and story of Ayden Morris.

Ayden was 11-years-old when he was diagnosed with Acute Lymphoblastic Leukemia (ALL).

“We took Ayden to the Norton Children’s Hospital on July 15, 2017. This was the summer between his fifth and sixth-grade year at Cub Run School,” said Ayden’s mom, Leslie Hatfield. “Ayden had an appointment with his primary care physician scheduled for the following week. However, his father and I decided that he needed to be seen sooner.”

A few weeks prior to diagnosis, Ayden was very tired and also experienced several headaches and nosebleeds, which were attributed to allergies.

“I couldn’t quite pinpoint what was wrong, but as his mother I knew in my heart something was wrong,” Leslie said. “…Going into the ER visit on the 15th (July 2017), my worst-case scenario was Rocky Mountain Fever or Lyme Disease.  I had removed a tick from Ayden several weeks before, and that was all I could think about in terms of more serious illnesses.”

The illness, however, was much more serious than Leslie had anticipated.

“I remember stepping out in the hallway to place a phone call, and that is when the doctor pulled me aside,” she recalled. “He said that a team of oncologists and hematologists would be waiting for us upon arrival to the ICU at the downtown location. I remember just asking, ‘He has cancer, doesn’t he?’ The doctor nodded his head and said that the preliminary labs indicated that Ayden had Leukemia…Nothing can ever prepare you to hear that your child has cancer…Knowing that Ayden had cancer running through every drop of his blood in the form of Leukemia was devastating.”

From that point forward, Leslie’s guttural instinct kept her level-headed and allowed for her to care for Ayden without grieving in front of him.

“I vowed to remain positive, and from that point forward Ayden and I began regular positive affirmations,” Leslie said.

“I remember hearing the word cancer for the first time,” Ayden said. “I was confused and scared and looked at my parents and asked them if I was going to die. After the initial shock wore off, I knew the fight would not be easy. I also knew that I would win, that I would beat cancer. I never doubted or questioned that… I learned early on that being positive on the most difficult days helped a lot.”

Leslie described the treatment plan to get Ayden into remission and ultimately cure him as being “…punched in the gut”.

“The goal with leukemia patients is to achieve remission within the first 29 days of treatment, which Ayden was blessed enough to achieve,” Leslie explained. “You think that the treatment would become easier from that point. It doesn’t.  The eight months that followed his first 29 days would be the scariest time of our lives. Ayden received 16 different chemotherapy drugs over the course of 30 months. All except two were within that first nine months.”

Leslie stated that although leukemia is the most common childhood cancer, it only makes up 28% of the cancer diagnoses in children each year.

“The survivability rate is currently at 90% for children diagnosed with leukemia,” Leslie said. “What most people don’t know and fail to understand is that they have a 90% chance of surviving for five years after treatment, not surviving period but surviving for five years. Leukemia patients are at a higher risk for being diagnosed with secondary cancer as a young adult. Children treated for leukemia are maxed out on some of the more common chemotherapy drugs. The options for treatment down the road if the need arises becomes limited.”

What is also limited, Leslie learned is the amount of funding that pediatric cancer receives.

“When being thrown into the childhood cancer world, you learn very quickly that the treatments our children are put through are something that most adults could never survive,” Leslie said. “You learn that it isn’t the cancer that will kill your child, it is the treatment. It is the increased risk of infection. Even though each day 43 children in our country will be diagnosed with cancer, only 4% of our federal budget for cancer research is dedicated to childhood cancer. Over the last 25 years, the FDA has approved roughly 190 new cancer treatments for adults while only approving 3 for children. As a parent of a child that now has the word cancer in bold red letters in his medical file, that is concerning.”

“To those of you looking for ways to support our Childhood Cancer Awareness cause, I urge you to consider contributing any donations to Alex’s Lemonade Stand, St. Baldrick’s, or the Child Life program at your local children’s hospital,” Leslie added. “You are guaranteed that 100% of your donation will go toward pediatric cancer research or a pediatric cancer patient and their family with those organizations.”

“I received more information and education from some of the parents ahead of me than you could imagine, Leslie said. “Our brains are vaults of information.  We spend every spare moment researching childhood cancer, treatment options, side effects, and prognosis reports. While Ayden finished treatment on January 6, 2020, I remain a strong advocate for more research and funding for our cancer kids. My door is always open to any family with a recent diagnosis. The navigation process is easier when it is explained by someone who genuinely understands the place in which you are coming.”

Ayden’s last treatment was over a year and a half ago. The now 15-year-old is still cancer-free and thriving.

“I look back and sometimes forget that I spent 30 months fighting for my life,” Ayden said. “I was blessed to have been able to finish in 30 months rather than 39 months….I have straight A’s in school and am even working. I have been working at El Mazatlan in Munfordville since April of 2021. I am looking forward to my 16th birthday in January…I received so many cards from all over the country. The cards and our Team Ayden prayer warriors gave me confidence in my battle…I owe everything to my parents and every single person who prayed for me over the last four years.”

Next week, The Hart County News-Herald will share the journey and story of Ryan Rutledge.

Now at age 15, Ayden Morris is cancer free and thriving. He is pictured with his best work friend, Salvador. Photo submitted. 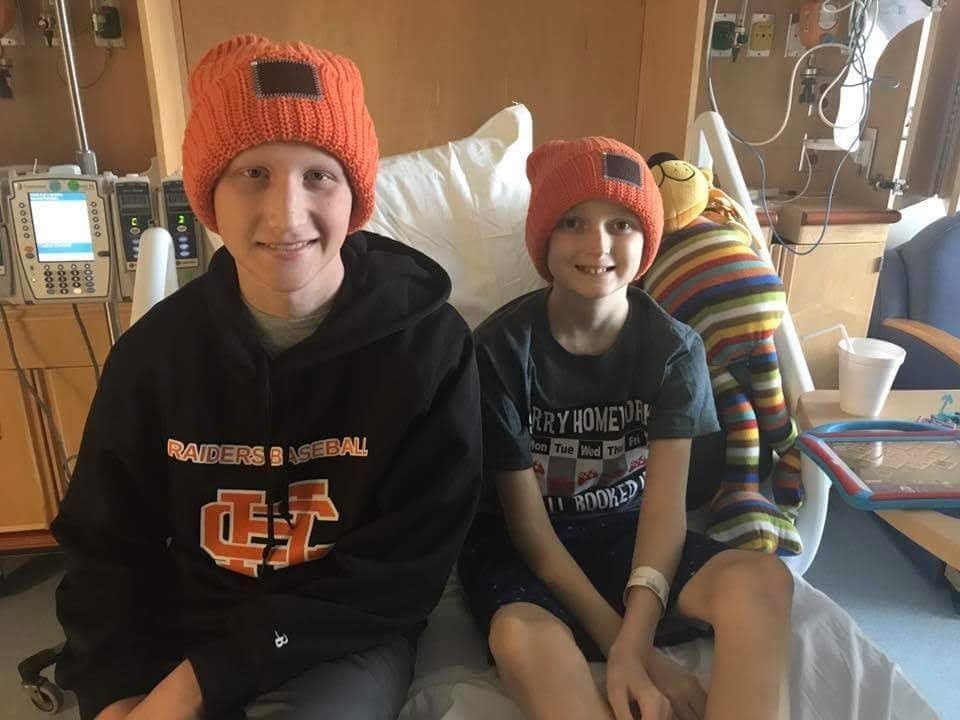 Ayden Morris, right, is pictured with Ryan Rutledge. They were hospital room neighbors as they were both undergoing treatment for cancer. Photo submitted.