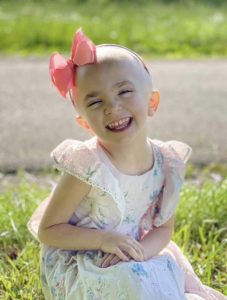 Aniston Roten is staying strong and sharing smiles during her battle with cancer. Photo submitted.

When a child is diagnosed with cancer, the entire family is affected. An overwhelming and difficult journey begins, but it is also a story filled with hope of better tomorrows.

Today, The Hart County News-Herald shares the journey and story of Aniston Roten.

On February 19, 2021, Amber Roten noticed her daughter Aniston’s stomach slightly sticking out on the left side while sitting on the floor after her bath.

“I remember rubbing her belly and noticing that it was hard,” Amber said. “My first thought was she must be backed up and needs to use the bathroom…If I hadn’t decided to sit down on her level and get her ready for bed, who knows how long her tumor would have gone unnoticed.”

The next morning, Aniston became sick and was immediately taken to the emergency room.

“As I expected, Aniston was constipated, but they wanted to get an x-ray to see how bad she was backed up,” Amber explained. “Once the x-ray was done, they needed an ultrasound. Once the ultrasound was complete, they wanted a CT scan. At this point, I remember asking, ‘Why do we need all these tests if she is no longer constipated? Have you seen something?’ I then told them I wouldn’t move forward until I had some answers.”

It was then that the doctor let Amber know that something was seen on the ultrasound. Amber agreed to do the CT scans.

“Waiting for the results felt like a lifetime,” Amber said. “The CT scan results showed that Aniston’s left kidney had a mass. We were told that we had to leave the emergency room and head to Louisville to Norton Children’s Hospital right away.”

Two days later on February 22, Aniston was in surgery to remove the tumor and her left kidney.

“It was the longest four hours of our lives,” Amber said of her and her husband Justin waiting during the surgery. “The tumor was 10 cm big. It had consumed her whole kidney, attached itself to her spleen, pancreas, and colon. They were able to get in and remove the tumor but not before it ruptured on the way out.”

“This means that her cancer is very aggressive and her chances of relapse are higher,” Amber explained. “Aniston started chemotherapy and radiation on March 8, 2021. She did six rounds of radiation, and she is currently receiving chemotherapy. We hope for Aniston to be done with her treatments the middle of December.”

For both Amber and Justin Roten, although watching one of their children battle cancer has been devastating, they are thankful for the love their family shares.

“Your whole world as you once knew it, no longer exists,” Amber said. “We sometimes wonder if it will ever be like it was before February 29, 2021. There have been many tears, worries, thoughts of the what ifs, and anger, but there has also been a lot of love. You start to see life in a different way. You take in all the little things and hold them close to your heart. We pray all the time for strength and you thank God for each day. Cancer is a battle fought by everyone in the family.” 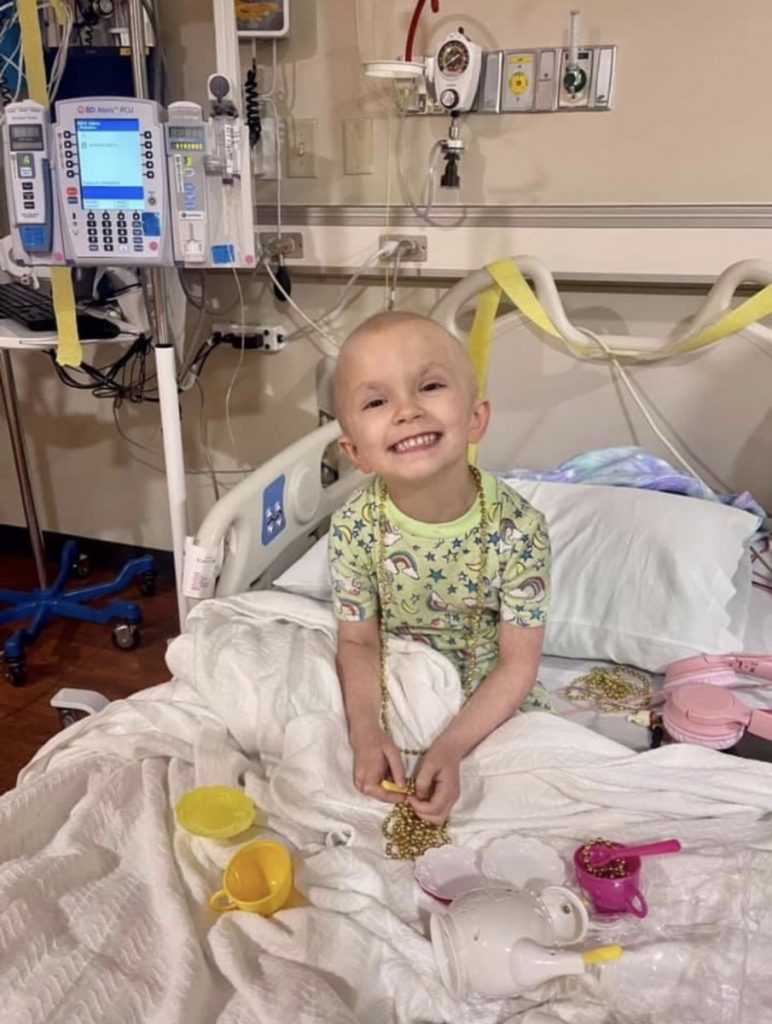 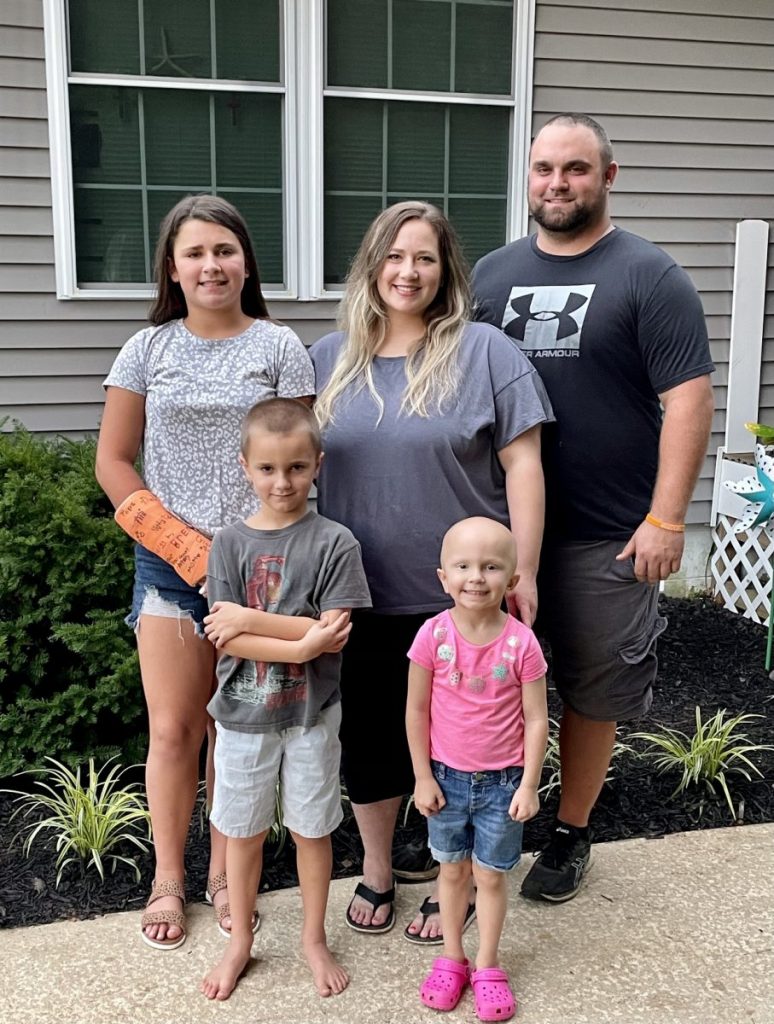 Aniston Roten, front right, has the love and support of her family along her journey. Pictured with Aniston are parents Amber and Justin Roten and siblings Abby-Rose and Aidan. Photo submitted.