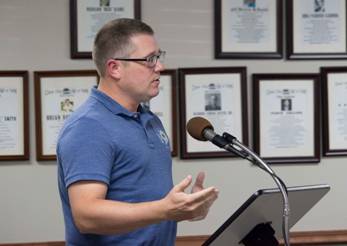 The Cave City Council was divided with a 2-4 vote last Friday evening regarding proposed changes to the city’s zoning ordinance.

In a special called meeting, council members met for the second reading of Ordinance #21-13-9A, as well as other ordinances on the agenda.

The amendments being considered to Cave City’s zoning ordinance included:

Councilman Mike Houchens pointed out his understanding was that if this ordinance passed it would not affect the current halfway house that is in progress for Cave City.

Before a vote, Kevin Myatt, Planning Director of the Joint City-County Planning Commission of Barren County, explained that public hearings have already taken place and any other changes other than what was being presented would require another hearing.

“If they have filed the paperwork and it has been approved through whichever entity that approves that, prior to the adoption of it, they’re considered grandfathered in,” Myatt said. He said these would be considered a nonconforming use until ceasing for a period of six months then reverts back to what the current text says.

“Anything going forward would have to adhere to this ordinance as it states,” Myatt concluded.

The second reading for Ordinance # 21-13-9 passed in a 5-1 vote, with Cline opposing. The ordinance changes approximately 1.5-acres at 612 N. Dixie Highway from R1 to B2 classification.

In essence, the location will be changed from a residential zoning district to a general business district. Property owners James and Diana Proffitt, Rafferty Development, LLC, requested and applied for the zoning change.

A vicinity map attached with the ordinance displays this property location as being directly across the street on US-31W/N. Dixie Highway from the Historic Wigwam Village.

Binding elements included in the ordinance are as follows: the development shall be designed in a manner to alleviate any light pollution on to adjacent properties; vegetation buffer adjacent to the parking lot for car lights facing N. Dixie Hwy to be blocked; and all major signage to be dimmed or extinguished after store hours.

The council did vote unanimously for the first readings of two other zoning related ordinances:

– Reclassification of 602 Mammoth Cave Street, Owner Judy Austin, from an agricultural to a general business district classification passed. Approximately 21 acres are included in this zoning change.

-Reclassification for an approximate 1 acre of land on the corner of Chapatcha Drive and Mammoth Cave Street also passed. The change rezones this property, which is owned by Cave City Properties Corp., from a heavy industrial district to a general business district. 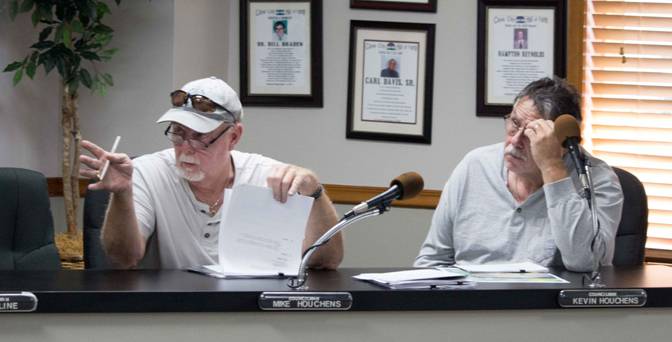