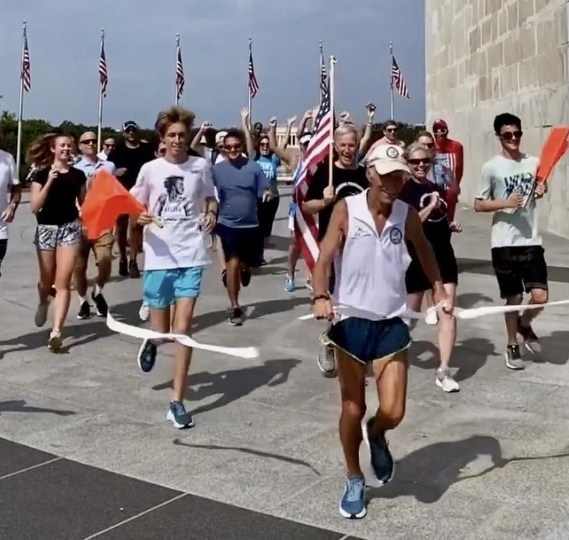 1. Stan Cottrell made his third trek across the United States, running from Los Angeles to Washington, D.C., in 100 days. Stan crossed the finish line in D.C. on August 14, 2021. Photo submitted.

Stan Cottrell is a lifelong runner who continues to push the limits. But for the Hart County native, perhaps there aren’t any.

Over the course of his life, Stan has clocked in over 270,000 running miles on his own two feet. Of those miles, over 9,000 have come from Stan running across the United States on three separate occasions.

Stan’s first trek from New York to San Francisco landed him the Guinness World Record in 1980 when he ran 3,103.5 miles in 48 days, averaging 66 miles per day.

As Stan continued to build upon this success and make an even greater name for himself with many other running accomplishments, he soon became known as the “real-life Forrest Gump”.

Now, at the age of 78, Stan has completed his third trek across the U.S. This particular “Friendship Run” journey began on May 7 in Los Angeles.

Stan compared his run across America to a kaleidoscope, a continuous change of landscape and people. He ran over mountains, through Death Valley, and even faced high winds and a hail storm.

One of the highlights of Stan’s latest run was making his way back to his home state of Kentucky as he crossed the Ohio River into Louisville and then continuing on into the county he was born and raised in: Hart County.

Stan was welcomed back home with a huge turnout along the square in Munfordville. He was presented with a key to the city, as well as several proclamations in his honor. There were also several children in attendance who have greatly benefited from WLOC Clothes for Kids, a hometown charity that Stan holds dear to his heart. 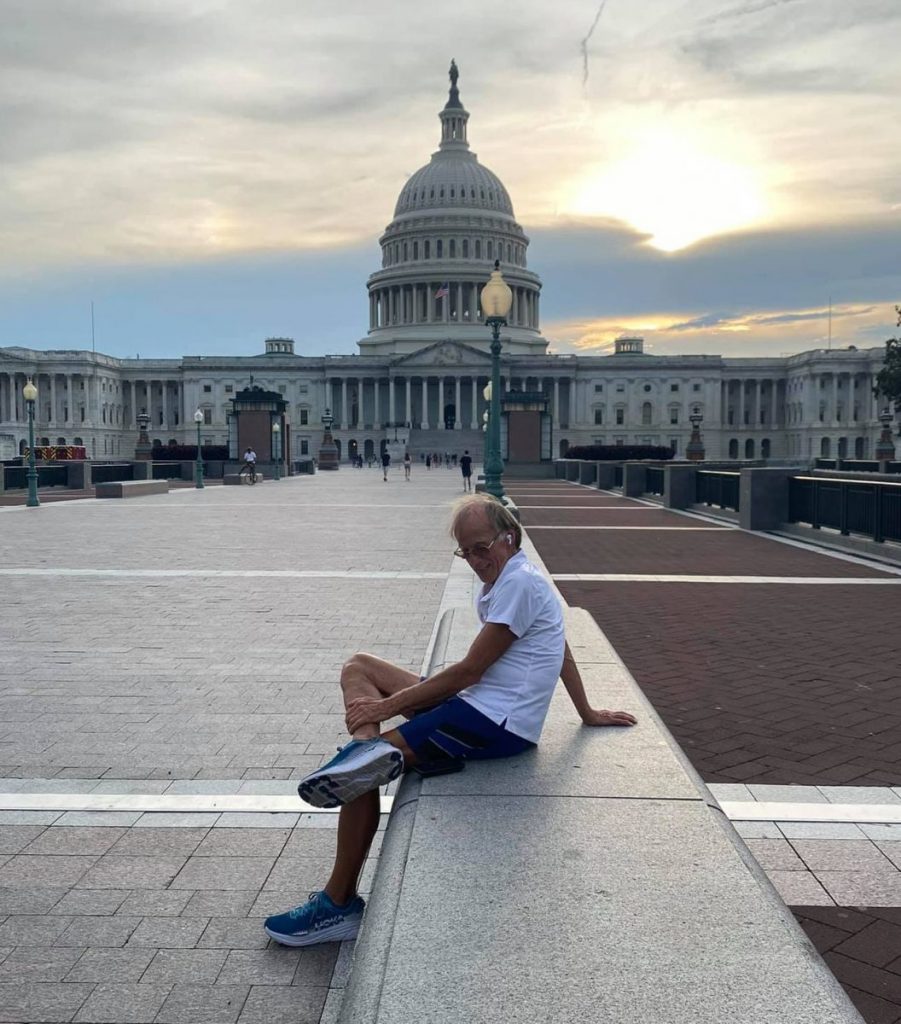 From Munfordville, Stan continued along his journey. On August 14 – just 100 days after his start – Stan reached Washington, D.C.

“That last mile especially, from the Lincoln Memorial on down, I was remembering as a kid where I grew up there (in Kentucky),” Stan said. “As a kid, daddy took us to Hodgenville to see the little house (of Abraham Lincoln)…I used to imagine as a child…I wondered if Abe Lincoln ever run over in these parts? As a kid, I was inspired by Abraham Lincoln. I laughed and I looked up at his statue (in D.C.) and I said, ‘Well, Abe, you inspired me as a kid.’ In the last mile, it was fitting that I should be running from the Memorial on down to the Washington Monument. It was symbolic.”

“Every step I was taking, I’d look down at my feet and I was saying, ‘This has been 78 years getting here,’” Stan added. “Every step that I was taking, I was just thinking, ‘In a few moments, this will be finished.’ The run itself may be finished, but may all that has taken place behind me…May it all not be a blur.”

Stan began planning this third run across the U.S. when he was 68, but things never seemed to line up at just the right time. He then planned to begin the run in 2020, but the pandemic hit. Finally, in 2021, it was go time.

Through Stan’s run, he was able to share with others about charities such as WLOC Clothes for Kids, Friendship Sports, and Larger Than Life, an organization working to improve the lives of children affected by cancer.

“To make a difference in people’s lives, that’s where my heart is, that’s where my passion is,” Stan said. “I’ve helped with orphanages throughout the world. I’ve helped with all kinds of different causes, but right now it’s all about home. Everybody should look around their own homes, their own area, and get involved. It’s about making a difference.”

“Maybe through this run, maybe through this awareness, maybe talking about Hart County, it’ll get folks stoked up and who knows, who knows what may happen,” he added. “I put myself out there to make something happen…I pray that my running’s making a difference.”

Stan is a world-renown runner, a published author, a Nobel Peace Prize nominee, a world record breaker, and has received over 300 awards for promoting international goodwill. Yet, he still considers it one of his greatest honors to be able to call rural Hart County home.

“I am a composite of thousands of people there in Hart County who helped shape me, mold me, and help set me on my course,” Stan said. “…Someone invested in me, gave me a couple of words, and planted a seed in my heart…I want to be a life changing experience in a positive way for everyone I meet, and my prayer for every person I meet (is that they) may feel God’s love flowing through me into their lives.”

“I’m so proud of Hart County on so many fronts,” he continued. “…Anybody that thinks they pull themselves up by their own bootstraps is foolish…Hart County, you’ve given me significance that’s been felt around the world, and that significance and your words will ring for eternity. We all are winning together.”

As years will undoubtedly continue to pass, one must wonder, what are Stan’s limits? When will he finally retire his running shoes? But as someone who is a divine original consisting of his mother’s encouragement and his dad’s iron soul, Stan isn’t ready to retire any time soon.

“This word retirement, get it out of your vocabulary,” Stan said. “Because you’ve finished one chapter in your life, is your life a one chapter book? Heaven forbid! Start writing your next chapter and your next chapter. At 78-years-old, I feel like I just barely scratched the surface of my potential. Dream big. If that doesn’t work, dream bigger. You don’t have a plan large enough to cause God to break out in a sweat.”

“I’ve lived 78 years,” Stan added. “I’m asking the Lord if he can extend my life to be 120 so that I can carry out all of the things that’s in my mind and that I’d like to accomplish…If the body is limited, then the mind, the heart, the soul, the spirit, and the ability to dream great hearted dreams, it’s all unlimited…The very first prayer that I used to hear my mother say, “Lord I’m reporting for duty.’ Every day I report for duty to life.”

On behalf of Jobe Publishing, thank you to Kentucky and Hart County native Stan Cottrell for your encouragement and service to others. 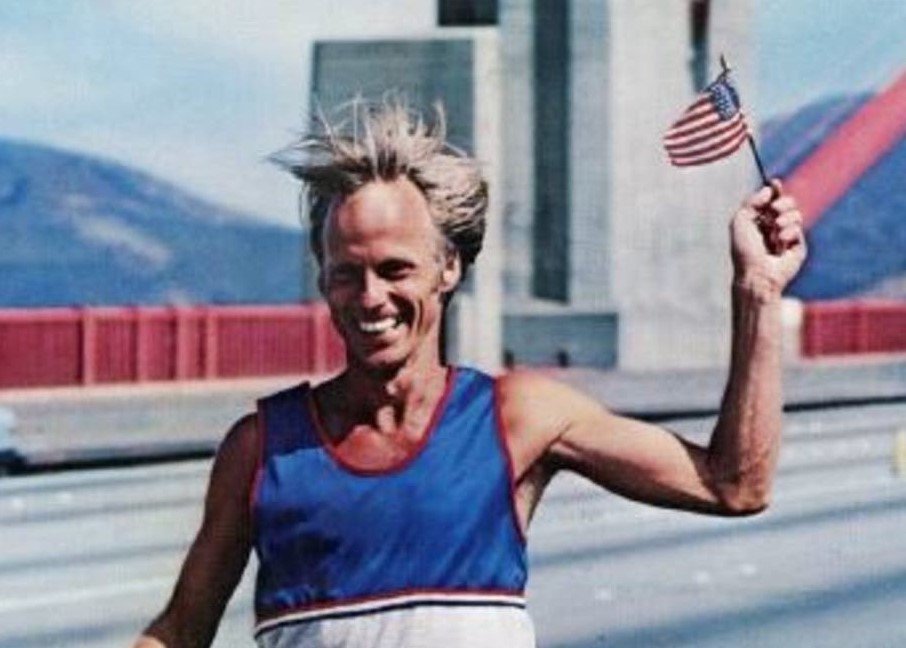 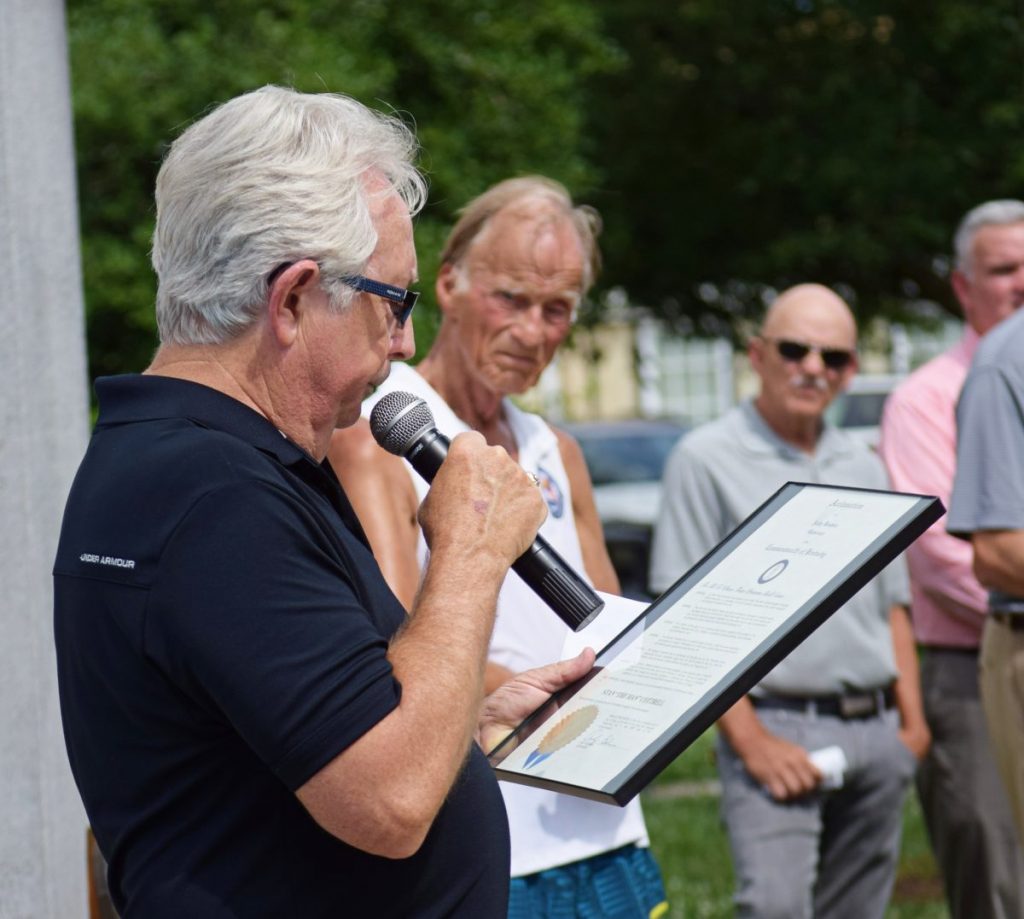 Upon his run back into his hometown of Munfordville, Stan Cottrell was presented with proclamations in his honor. Pictured with Stan is Dewayne Forbis of WLOC. Photo by Mary Beth Sallee. 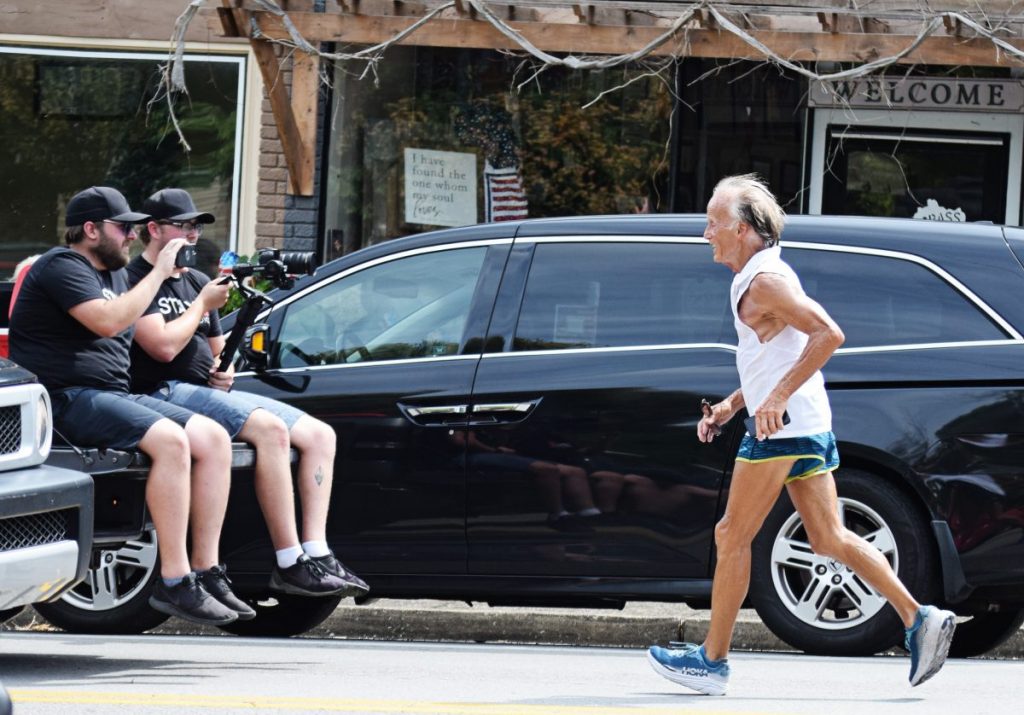