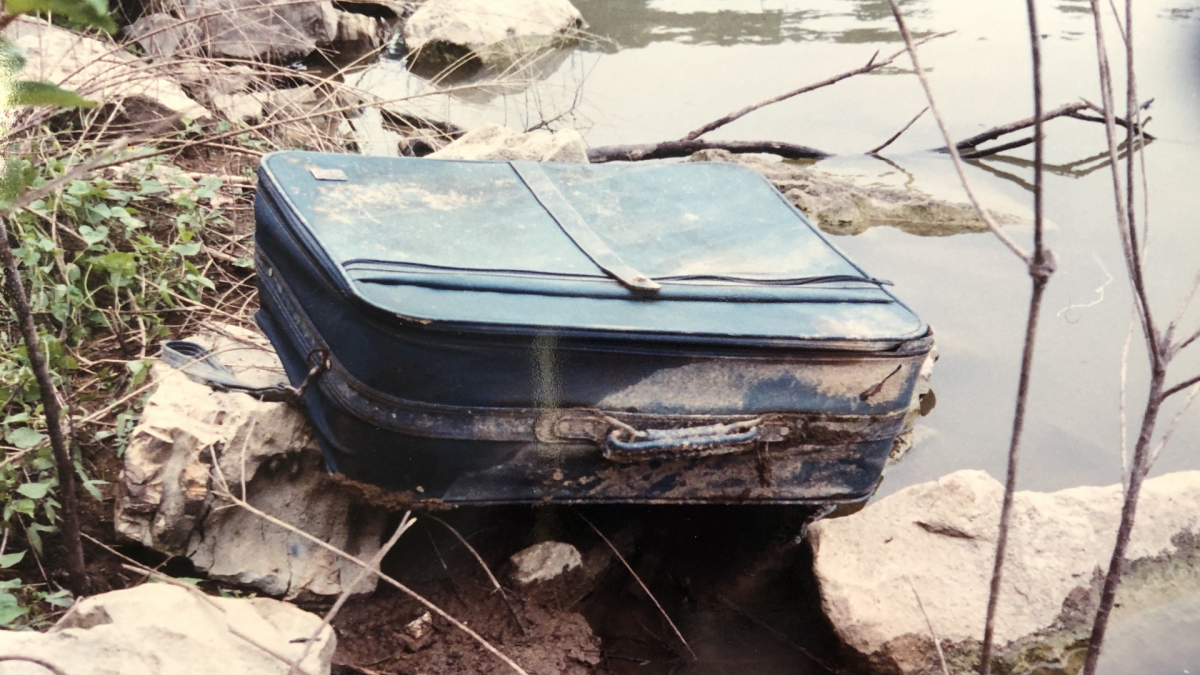 A fog of mystery has loomed over Barren County since August of 1989 when a blue suitcase was found on the shores of the Skaggs Creek section of Barren River Lake. Inside of that suitcase were the skeletal remains of a young child.

The case currently remains unsolved, but the desire for justice continues.

According to the Kentucky State Police (KSP) website, an employee of the Army Corps of Engineers found and reported the suitcase and remains. However, according to a previous coroner’s report obtained by the Barren County Progress (BCP), it was two fishermen who discovered the suitcase. The fishermen were identified as Chandler Wyatt and his nephew Carol Wyatt, both who have since passed.

The KSP website additionally states that in 1989, Post 3 received three quick phone calls from someone claiming to be an attorney. That person asked that immunity be granted to a woman who had information about the remains. After those three calls, no additional calls were received. The caller was never identified, and there was no way to trace the calls at that time.

The BCP recently filed an open records request with KSP regarding this cold case and requested information that included dispatch transcripts, possible suspects, and/or links to other cases. KSP partially complied with and partially denied the request.

KSP provided a copy of the initial Uniform Offense Report. The report, which was signed by KSP investigator Kent C. Thrasher at that time, listed Lloyd Crabbe of Bowling Green as having reported the suitcase and remains. Crabbe was an employee with the US Army Corps of Engineers in Glasgow at that time. Crabbe could not be reached as of press time. Mr. Thrasher passed away in 2020.

“The Commonwealth’s Attorney has not declined to prosecute or concluded prosecution regarding this incident,” the response continued. “Further, the State Medical Examiner’s Office in Louisville has advised the National Center for Missing and Exploited Children (NCMEC) contacted it as recently as July to advise that NCMEC is actively taking steps, including genetic genealogy testing, which may lead to identification of the remains. The Investigations Supervisor assigned to 03-89-1307 has confirmed that disclosure of the investigative records could alert potential suspects and lead any suspects to destroy evidence, etc.”

The National Missing and Unidentified Persons System has 270 missing persons cases listed in Kentucky. There are an additional 58 cases of remains of individuals who have never been identified. The remains of the unidentified two-and-a-half year old little girl found in a blue suitcase along Skaggs Creek is one of those 58 cases.

As time passes – 32 years to be exact – justice becomes more difficult to grasp, but the questions linger on. Who is the little girl? Who murdered her? Why?

One can only hope that the questions are answered soon.

Anyone with information about this case is asked to call Kentucky State Police Post 3 at 270-782-2010.