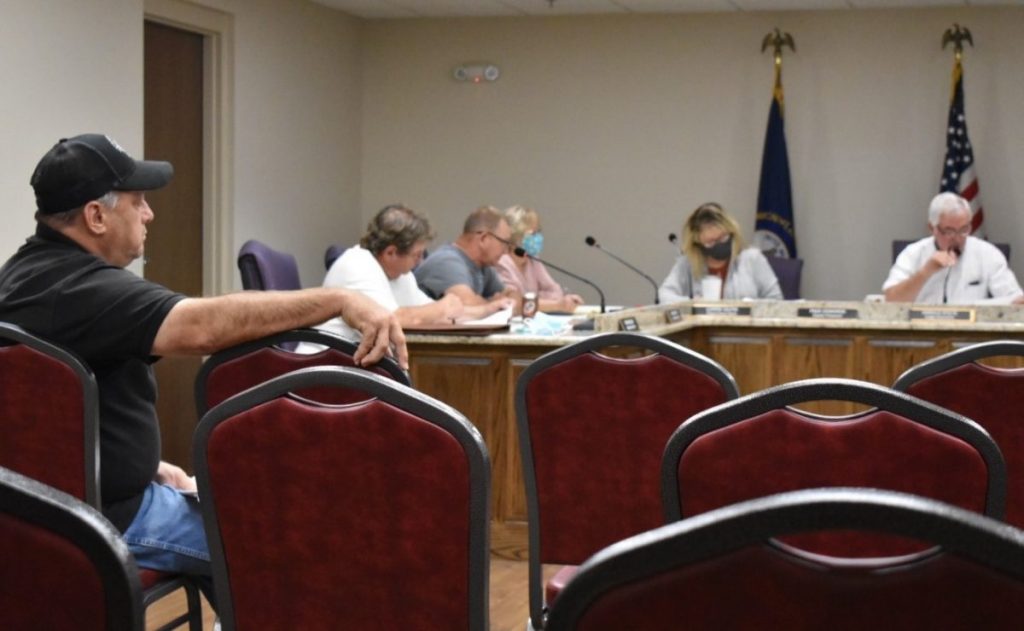 At the regularly scheduled meeting of the Metcalfe County Fiscal Court on September 14th, Chris Compton was unanimously appointed as the Road Supervisor for the Road Department.

“He has been working as acting supervisor,” said Judge/Executive Stilts.

“I feel it’s time to appoint him.”

Magistrate Miller asked if he would have a pay increase. Stilts replied that he would receive the supervisor’s salary.

Also on the agenda was the discussion of a COVID 19 protection plan for county employees. “We need to act on this as soon as possible,” said Stilts.

Everyone agreed to a plan similar to what Ohio County does, in which employees who must quarantine due to COVID will be able to borrow future sick days in order to be paid.

Magistrate Kevin Crane asked if able individuals would be able to work from home during their illness, and Stilts replied that they would if their position allowed it.

The court went into a closed session over a personnel issue pursuant to KRS 61.810(1)(f). No action was taken.

Jailer Shive approached the court again regarding a raise for his deputy jailer, and conflict ensued based on a different understanding of KRS laws surrounding wages.

Shive contends that the rules differ for a jailer without a jail.

There was a discussion of the Holiday Hill Road Extension which was approved, the approval of the New Regulatory Fees, the second reading of a Budget Amendment. They also approved the budget, inter-fund transfers, and claims.