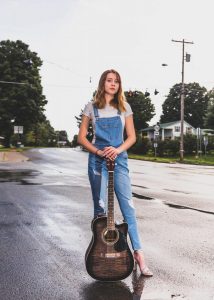 When Cara Bishop’s mom posted a video on Facebook of her daughter singing in a talent show, little did anyone know that the video would make its way to Nashville.

And now, thanks to that video, the 14-year-old has been signed to a record deal.

“Shortly after (the video), I received an invitation to meet with Darlene Fowler, the President of the MC1 Nashville record label,” Cara said. “My parents took me to her office, and I was really nervous. She asked me to get my guitar out and play some songs that I had written myself. I played/sang three of my own songs, and then she offered me a deal right there on the spot. We went back to her office on August 21, and I signed the contract to make it official. Through that meeting, I was also introduced to some other really talented people in Nashville, and I was offered a small role in an upcoming movie, as well as a chance to have a song on the movie’s soundtrack. That’s really exciting, too.”

A native of Hardyville, Cara said she has always been interested in music. She began singing as soon as she learned to talk and competed in her first talent show when she was in the first grade.

“My older sister and I sing together all the time, but she doesn’t like being in front of an audience. She’s really talented, though,” Cara said. “My Nana sang a lot when she was younger, and I’m pretty sure she passed her talent down to us.”

Cara can play the acoustic guitar, keyboard, and ukulele. She is currently learning to play the electric guitar, and after that, she plans on learning how to play the mandolin. Cara’s favorite music genres are country and pop and her favorite singers include Taylor Swift, Harry Styles, and Dolly Parton.

So far, Cara has mostly performed locally but has invitations for several upcoming shows in Kentucky and Nashville. However, the currently homeschooled freshman is most looking forward to recording her music.

“I was supposed to be in the studio the first week of September to start recording, but due to COVID among some of the musicians I was going to be working with, we had to reschedule for later this month,” Cara said. “The plan is to have my first single released to country radio and all streaming platforms late fall or early winter. I can’t wait to get it out there!”

Cara’s plans for the future include continuing to write songs, learning to play more instruments, and stepping out of her comfort zone.

“I guess the term success means something different to everyone, but I’d like to have success in some format in the music industry,” Cara explained. “My main goal is always to be better tomorrow than I was yesterday, musically and personally. I also want to stay focused on my education and keep being a straight-A student no matter what I have going on outside of school. My dream is to play at the Grand Ole Opry one day.”

As for music itself, the young musician said that she hopes her music provides comfort to others, even if just for a moment, as well as happiness, even if only temporary.

“Life would be extremely boring without music. It’s not only something I enjoy, it’s something I rely on,” Cara said. “…It’s really neat to have the opportunity to lift somebody’s spirits while I’m doing something I enjoy…I firmly believe music can change someone’s life. I hope one day someone will listen to one of my songs, and they’ll be able to relate to it in a way that brightens their outlook.”

For more about Cara’s music, visit her website at www.carabishopmusic.com or her Facebook page, Cara Bishop Music. 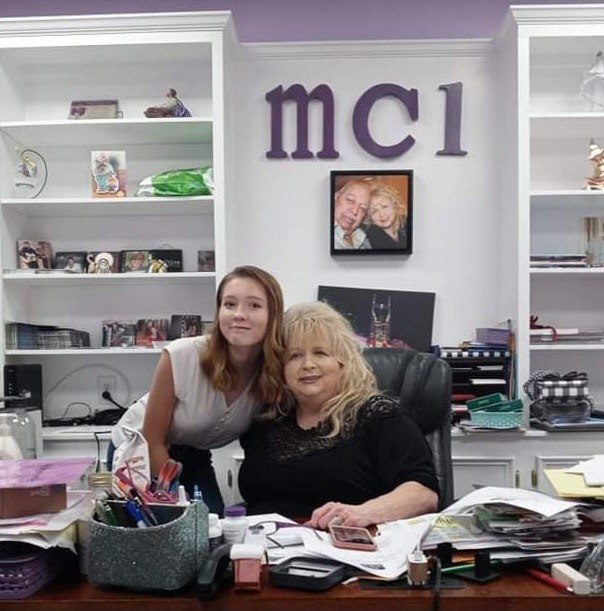 Cara Bishop, left, will soon be recording her own album. With Cara is Darlene Fowler, President of MC1 Nashville. Photo submitted.