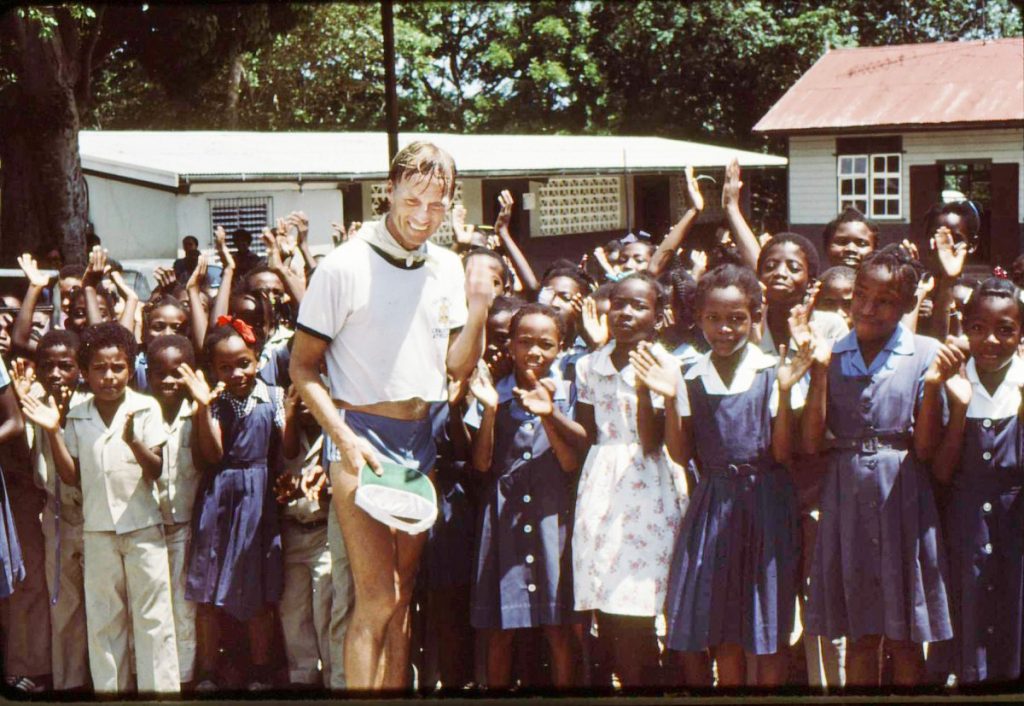 Stan Cottrell has run ultra-distances in many countries across the world, including 405 miles during a “Friendship Run” around the Island of Jamaica. Photo submitted.

In 1966 at the age of 23, Stan Cottrell’s running career began to take off. He became a well-known individual runner and received many accolades for his solo performances.

In 1980, Stan ran over 3,100 miles across America – from New York to San Francisco – averaging 66 miles a day and finishing the feat in just 48 days. He set a Guinness World Record for the fastest run across the United States, breaking the world record by five days.

“Over the years, the thing I was amazed about from 1966 to 1980 with all these solo performances…there wasn’t such thing as marathons in the south at that time,” Stan said. “I was a pioneer in so many ways, adventure running. There’s labels there because I would go out and run all day long, and I could do that and then live to come back and tell about it tomorrow.”

But at the end of the day, Stan knew there was still more.

“The thing that hit me like a ton of bricks after the U.S.A run, setting the world record, and I had my 15 minutes of fame…You know, after a week or two had gone by, you’re empty,” he said. “There’s nothing. There’s just absolutely nothing.”

After completing the 24-hour run and announcing his plan to run across the U.S., Stan had a party hosted in his honor.

At the party, someone had jokingly stated that in knowing Stan, he would do something crazy like run the Great Wall of China.

“I’m real impulsive,” Stan said. “And I (jokingly) said, ‘Who leaked that information?’”

Unbeknown to Stan, a reporter was at the party, and the next day in the Atlanta Constitution Paper a headline read, “Cottrell’s next feat: Great Wall of China”.

“The only thing I knew about China was that I was told if we started digging a hole right there in Hart County, we’d go straight through the center of the earth, and we’d come out in a village,” Stan said. “…That’s all I knew about China.” 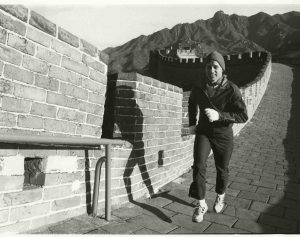 Stan Cottrell at the beginning of his run across China in 1984. Photo submitted

After weeks of being asked about running in China, Stan wrote a letter to Chinese leader Deng Xiaoping in an attempt to promote U.S.-Chinese friendship. It was a simple request that led to a not-so-simple result.

It took Stan nearly five years to garner approval, but in 1984 the ultra-distance runner finally found himself in China.

One evening, Chinese leaders held a celebration in his honor.

Stan’s run in China took 53-days. He spent 49 of those days running through what was called the forbidden zones.

“Foreigners had never been allowed into those places,” Stan explained. “It wasn’t poverty. It was primitive. It was like turning back the hands of time a thousand years.”

But it was God, Stan said, who had prepared him to live as others in third-world countries lived.

“I had no idea that, as a child, how those early beginnings were preparation for when I would go into these other countries and other places,” Stan explained. “…There was one time (growing up) that it was so tough on us that mom didn’t have one of these graters that you call it, one of these common tools that you use in the kitchen. We took a nail and we punched holes in a piece of tin, and we took the hard corn out of the crib used for the horses, and I’d rub that ear of corn across to make meal out of the corn, out of the grain. And momma would boil it, and there’s been a many a meals that we just had corn meal mush.”

Stan’s China run took him through parts of the county where even natives of the country couldn’t go. Stan ran on dirt roads, across mountains, and through jungle areas.

One day, however, found Stan running up over mountains when a wall gave way. He fell 200 feet, breaking his L4 and L5 vertebrae.

Nevertheless, Stan persisted, and he finished the last 1,000 miles of his run across China with two broken vertebrae. When complete, Stan had ran a total of 2,125 miles from the Great Wall of China to Guangzhou.

Stan’s journey across China was chronicled in the documentary film “China Run”, which won several awards.

While the documentary was being featured at the Cannes Film Festival, Stan was staying in Paris, just down the street from the Vietnamese Embassy at that time.

Once again on impulse, Stan asked, “Why don’t we ask if we can go run in Vietnam?”

Three weeks later in 1988, Stan found himself in Hanoi, Vietnam, a place where he had no diplomatic immunity. However, the Vietnamese leaders greeted Stan with a large gathering in his honor.

“They were playing Ricky Skaggs country music and all this other kind of stuff because they had done their research on me,” Stan said. “They knew I was just a country bumpkin from Cobler’s Knob, Hart County, KY.  and it was great. I was teaching them how to buck dance and all that other kind of stuff out there. It was a hoe down. 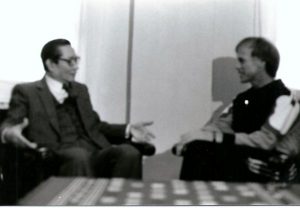 Two days later the run was scheduled to begin, but the Vietnam Minister of Justice at that time, Phan Hien, wanted to meet with Stan. Approximately 20 men with automatic weapons stood guard.

After that initial meeting, more peaceful talks occurred between Stan and Phan Hien. The run began a day and a half later. Once the race was complete, Stan had completed a total of 486 miles from Hanoi to Danang.

“I would come to find out that the massive crowd we had at the end, and I mean over hundreds of thousands of people at the end of the run at Danang, it was because of the Minister and our talk,” Stan recalled. “He started the Vietnam-U.S.A. Friendship Organization, and 14 months later normalization took place between our two countries.”

“The thing I found with all these big, fancy leaders around the world…Yeah, they got the big fancy titles, but they’re just real,” Stan added. “Men are men no matter where you find them.”

Nevertheless, Stan’s runs across the world were not limited to China and Vietnam. The Kentucky native has run across 40 different countries, accumulating more than 270,000 miles of running in his 75-year career.

“Many countries have had me back two or three times over the last 40 years to do another run,” Stan said.

Ultra-distance runs made by Stan include:

These are certainly not all of Stan’s ultra-distance runs. These and many others have occurred throughout the globe, as well as at home in the U.S.A., as part of Stan’s “Friendship Runs” with his organization Friendships Sports Association.

“The thing that hit me like a ton of bricks was that the kind of running that I was doing was a powerful communicator,” Stan said. “I didn’t quite know how it was taking shape. It was being formed in me…”

Part 3 of “The Stan Cottrell Story” will run in next week’s edition of The Hart County News-Herald. 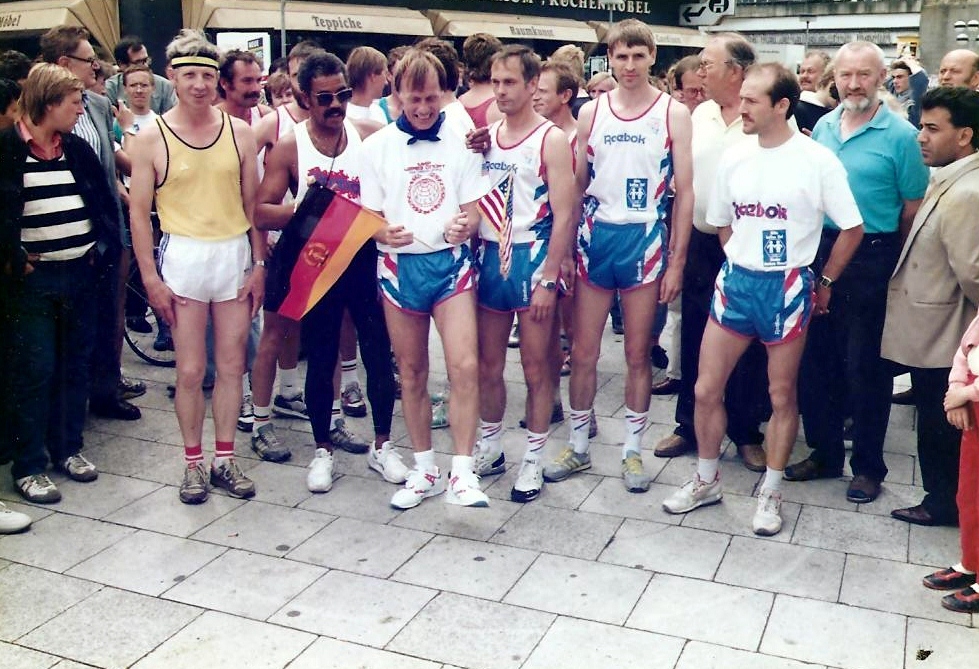 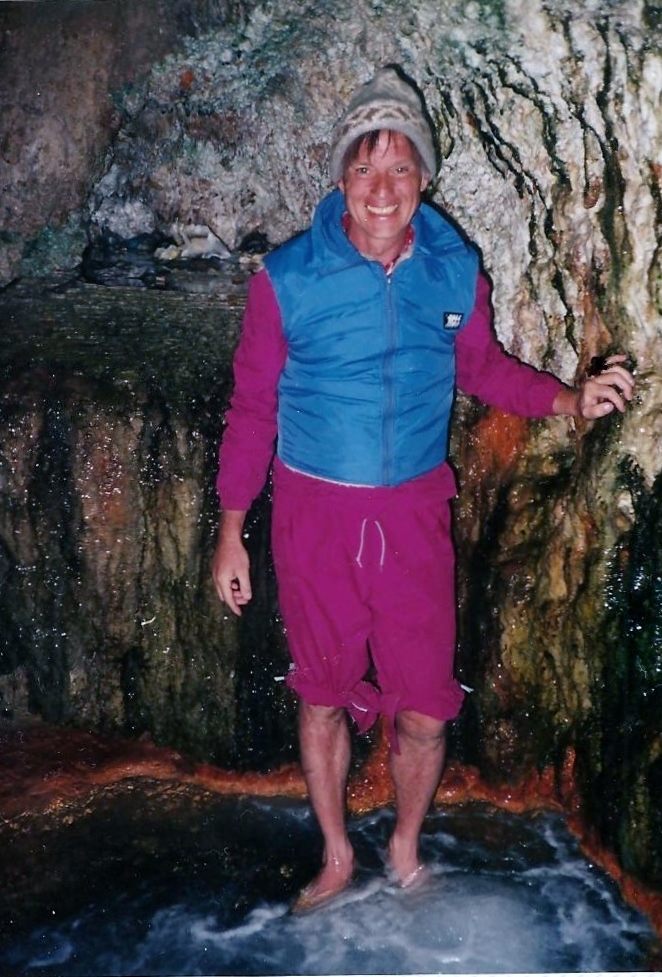 Stan Cottrell in a a cave high in the Andes Mountains in South America in 1992. Photo submitted.