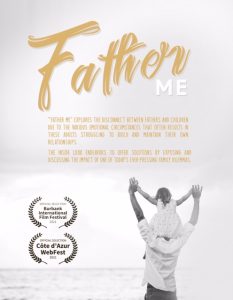 The poster for Father Me.

Glasgow native Sheri Pedigo knew from an early age her small town was not enough for her huge aspirations. She grew up singing in the church choir, she knew in her heart then she was destined to take her God-given talent to the world.

Although music has always been Pedigo’s mainstay, she has dabbled in the film industry, having landed a job as Jane Seymour’s double in Dr. Quinn Medicine Woman. The opportunity took her west to California, where she furthered her music career.

Through the years she has recorded numerous albums with various artists and has been applauded for her “angelic and soulful” voice.

In 2020, she turned her attention again to film, but not as an actress. Pedigo turned lemons into lemonade and used the downtime of the pandemic to make a moving documentary: Father Me.

“What we have is a social pandemic, these kids need leadership when the father underestimates his role,” she said.

Father Me was inspired by many things Pedigo witnessed in the lives of friends and colleagues.

“This really ties into what I have seen happening with gangs, where the gang members actually become their father figure because there is no father figure. I wanted to present this in a gentle way that touches the heart,” she said.

She was also moved by the side of so many signs asking people to be foster parents along the roadways.

“Where are the fathers? That’s what I wondered,” said Pedigo.

One of the celebrities interviewed for the short documentary is record producer Harmony Samuels. Samuel speaks of his own relationship and forgiveness for his absentee father.

According to Pedigo, the problem is reflected socially in numerous ways.

“Everywhere you go you see so many signs for foster care. It’s because there are not fathers present in these children’s lives. Children need that foundation because the mother cannot be both,” Pedigo said.

Pedigo also points out that it’s not only the MIA fathers who are not a part of the children’s lives, but also working class Dad’s who are not emotionally present.

Currently, the film is a 25 minute short, designed for the film festival circuit, but her goal is with additional funding to create a full 60-minute film in the near future.

“I’ve had a great team of people to work with, people who volunteered their time and did their work for very little money to make this happen. Mark Conrad was the editor, he did a great job. This was during the pandemic, so all of this was done via email,” she said.

The documentary’s song “Father Me” was also written and released by Pedigo.

Already, the short documentary has been awarded Best Documentary at the Cote D’Azur Web Fest in Cannes this year. Pedigo is also a semi-finalist in the Burbank International Film Festival on September 12, held at the AMC Theater. Honoree for the 13th year running festival is Jeff Bridges, and the Bridges family will be there.

Although proud of the documentary’s accomplishment, she says the impact it is having on people is the most important thing.

“I really see this as the heart of God. God will restore the fathers according to Malachi 4:6,” she said. “It is healing people’s lives. Everyone who worked on this project has had a breakthrough in some way. The camera guy, the guitar player, everybody has had some healing.”

To read more about the documentary visit www.fathermedocumentary.com 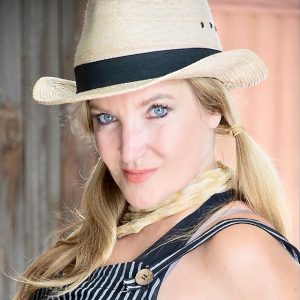 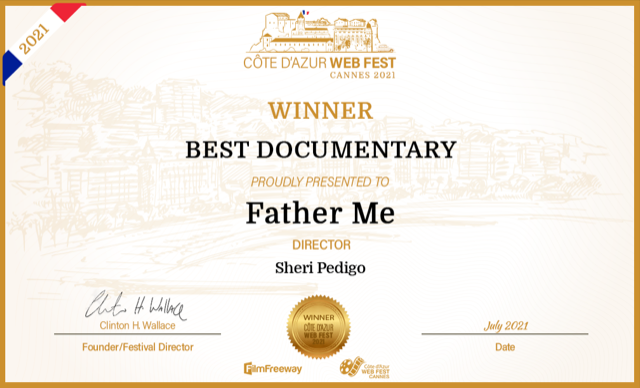 The award certificate for the Côte D’asur Web Fest.