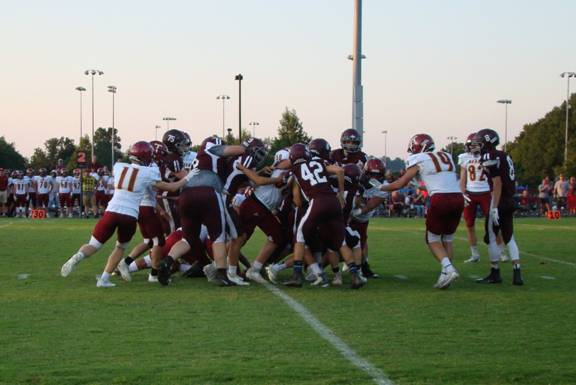 Barren County High School traveled to Metcalfe County to open the season. The two teams play almost every season. They could not play in the crazy COVID year of 2020 when every school was scrambling to find and keep games.

Barren crushed Metcalfe in 2019 the last time they played each other 48-6.

The 2A Hornets welcomed the 6A and rival Trojans back to their home turf with very different results last Friday night—the Hornets thumped the Trojans 27-13.

The Hornets were coming off a successful campaign last season and they picked up right where they left off. The 2020 Hornets went three rounds deep in the playoffs after winning the Class 2A District 3 Championship. Metcalfe defeated Monroe and Edmonson before losing to Lexington Christian in the third round of the state playoffs.

The first Friday night football game of 2021 did not go the way interim head coach Tommy Muse and the Trojans wanted. Coach LJ Harbison and Hornets scored the first two touchdowns of the season behind the legs and arm of senior quarterback, Peyton Dial.

The Hornets scored first on a beautiful fade-out. Dial lofted a tight spiral over the inside shoulder of Wyatt Blythe at the goal line for the first touchdown of the game. Dakota Shaw’s point-after-kick was good for the early 7-0 lead.

Dial used his legs for the next Hornet TD racing 55 yards for the score and a 13-0 lead.

Metcalfe controlled the line of scrimmage for most of the game rushing for 203 yards while allowing Barren only 81 yards on the ground. The passing yardage was closer with the Hornets throwing for 179 yards while the Trojans threw for 161 yards.

Luke Meadows led the defense with 7 solo tackles and 1 sack, Hunter Fox and Tanner Jessie also had a sack. Carson Brown and Mason Estes had 6 solo tackles, while. Michael Bennet and Tyler Neal had 4 solo tackles each.

Will Childress also saw time under center. Childress went 15-for-25 for 114 yards with a touchdown and an interception. Childress rushed 3 times for negative 20 yards.

Coach Muse said in a preseason interview that both Trojan QB’s will see time on the football field at that key position. The complete interviews with Coach Muse and Coach Harbison will be featured in the upcoming fall sports reviews.

Aiden Miller had 5 catches for 44 yards for Barren. Gage Allen had 6 receptions for 40 yards. Drew Fisher had 2 catches for 33 yards and a touchdown.

Ryan Shirley rushed 36 yards on 10 carries. Shirley led the Trojan defense with 8 tackles. Trigg Carver had 7 tackles and Gage Allen added 6 tackles. Donovan Bradshaw and Buie both had 5 tackles. Jonathan Wilson accounted for the other Trojan point with a successful PAT kick.

Dial gashed the Trojan defense for big yardage several times on designed quarterback draws to lead the Metcalfe offense. The elusive QB had another year out running the Trojan defense to lead his team down the field on several key drives early in the game. Alderson also ran strong for the Hornets. Both backs kept the Trojan defense off-balance with the ground game. The Hornet air attack was just as successful.

Last year’s Hornet team was known for their aggressive play and love for contact. The 2021 team has that same mentality. Metcalfe was the preseason favorites to win District 3 again, but Harbison knows they will have to continue to improve to meet that goal.

The Hornets hit a stretch of key district games this season traveling on September 17 to Clinton County. They host Edmonson (Sept. 24) before traveling to Monroe (Sept. 30). They travel to Adair in an out of district game before hosting Green on Oct. 22.

(Editor note: due to new deadlines for the printing and distribution of The Herald-News, football games on Friday nights will be published a week late.) 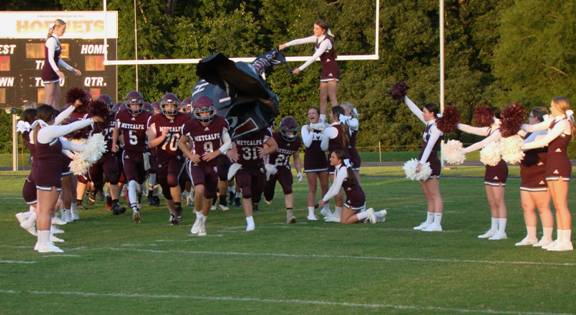 The 2021 MCHS Cheerleaders got the Hornets fired up before the game with a cool banner to break through—’The “Mask” we’ve all been waiting for’. The Metcalfe Hornets pounced on the Trojans and won 27-13. Photo by T. Wampler Jobe Publishing Sports 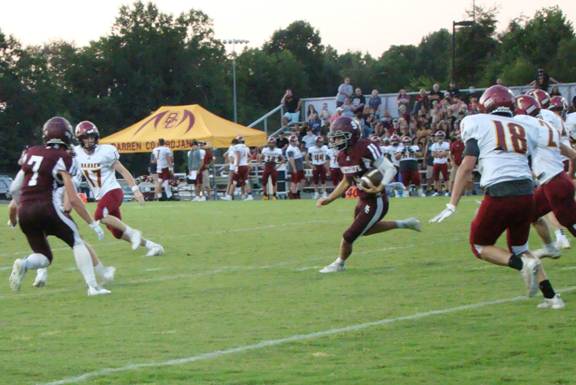 Hornet quarterback #9, Peyton Dial, used his arm and legs to help lead the Metcalfe Hornets to a 27-13 victory over the Barren County Trojans. Photo by T. Wampler Jobe Publishing Sports 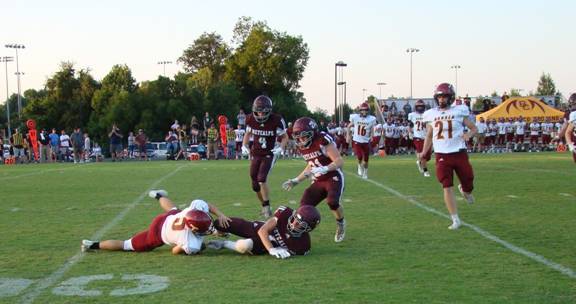 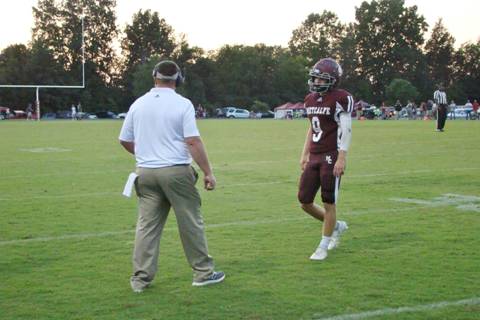 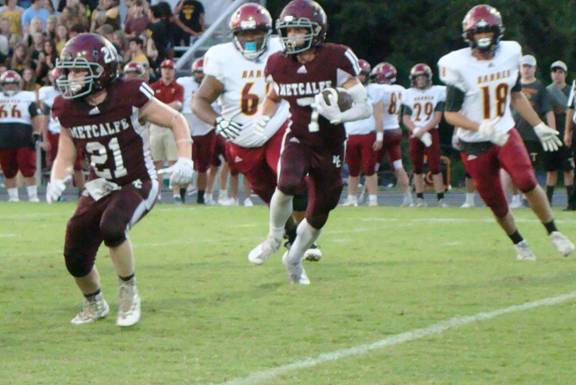