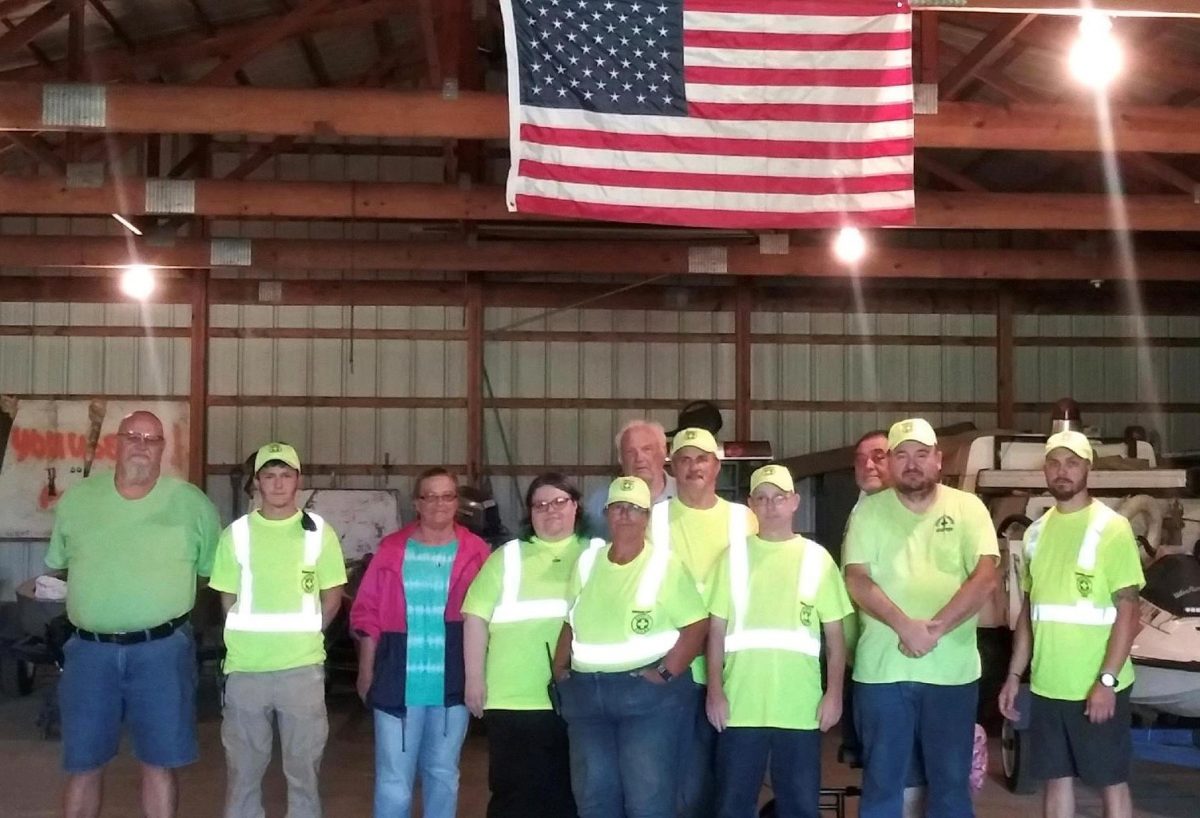 The Edmonson County Rescue Squad is officially back in service. Photo by Lynn Bledsoe

Monday, August 23, the Edmonson County Fiscal Court held a public hearing to gather the community’s thoughts on setting the 2021 tax rates. Property tax rates for Edmonson County in 2020 were set at 13.9%. This year, the compensating rate set by the state is 13.4%. The Fiscal Court decided to set the rates at 13.8%, a decrease from last year, but an increase on the compensating rate. There were no comments by the public and the hearing was adjourned.

Immediately after the hearing, the Fiscal Court began their regularly scheduled meeting. After getting reports from department heads, the court went into old business.

The court approved Resolution EC21-21, the updated and edited version of the affiliation agreement between the county and the Rescue Squad. County Attorney Greg Vincent spent several days combing through each agreement (Edmonson County Rescue Squad and the Tri County Mounted Search and Rescue Team) to ensure that everything would be in order.

The court went on to approve EC21-22, the updated version of the affiliation agreement between the county and Tri County Mounted SAR Team. Everyone was happy with the agreements and impressed with the quick response and attention to detail that the County Attorney presented.

The Administrative Code was updated and the second reading of Ordinance EC21-15 was approved. Treasurer Tammi Willhite noted that the only changes had to do with compensation and vacation pay.

In new business, the court was tasked with making a decision on the adoption and payment for the Tango Tango communication system. The Emergency Management Director, Terry Massey was introduced to the software during the Redneck Rave and the company allowed Edmonson County to use it for a 60 day trial period. The trial is at it’s end and the EMD came before the court to get approval to purchase the communications system.

The Tango Tango system allows communications to be broadcast on the Fire Department frequency and turns cell phones into radios as well. So, when radios have no signal, the cell phone can be used. This will enhance and make the Emergency Services more efficient. The cost to the county is $2,000 per year. Each cell phone on the system must pay a $72 fee for a year of service for that device. Massey has spoken to most of the fire departments and they have agreed to help members with the cost associated with the system.

Massey has control of the “dashboard” and can make groups that can confer with each other without disturbing others. It was discussed in court that, in the future, the road department may want to join as their radio communications are not reliable. Others that may benefit greatly by enrolling in the program include; the ambulance service, the Sheriff’s Department and dispatch. This is very exciting because it adds an additional layer of safety for our community.

Judge Will Cannon gave an update on the Covid cases in the county and on Monday morning, there were 98 active Covid cases. He said that most of us have been exposed and we should do all that we can to stay healthy. He encouraged everyone to socially distance, practice consistent hand washing, sanitizing and use precautions because this strain is more contagious.

In the reports, AB Webb said that Parks and Rec had happy news. He reported that there are 195 children signed up for soccer. He said that the high school’s soccer team has been out practicing and there are two track meets set up for next month.

Sheriff Shane Doyle stated that his department is working on ‘less than a skeleton crew’. One of his deputies has covid and is in quarantine and another has been injured and is on light duty. Doyle reported that he had worked 80 hours in the week prior. Even though there aren’t enough deputies, he reported that they had written 17 citations (felony, felony arrest warrants, misdemeanors).

“When all of your employees are well and in service, do you have a full crew?” We asked and commented, “Other counties are struggling with not having a full force and then with hiring and having to wait until January to send them to the academy. How are you doing?”

“The way my budget is set up,” Doyle explained, “I barely have enough.”

Vanessa Ulm, the Tourism Board Director, has been working on rebranding the county so that the county can build it’s brand. She has a new logo for the county that she and Darren Doyle worked up and the Tourism Commission Board approved.

Emergency Management Director, Terry Massey informed the court that he has obtained an old school bus to transform into a mobile command center for the Emergency Services. He said that he will spend his free time working to convert the bus and Tim Skees will donate the radio equipment to outfit the command center.

After the meeting, we talked with Rescue Squad Commander, Tim Skees and asked what is first on their list. Skees said that they will be doing a radio test first. Skees purchased new radio equipment for the squad and they are looking forward to putting it to use.