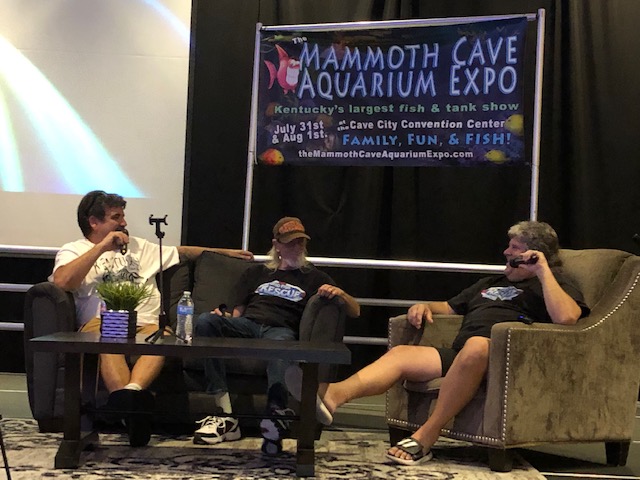 JP Merlo with ‘Reaper’ and ‘Big Rich’ from The Ohio Fish Rescue talking about what a fish rescue is all about. Photo by PJ Martin

The first-ever Mammoth Cave Aquarium Expo is in the books and plans are already underway for the next one.

The two-day event held on July 31st and August 1st at the Cave City Convention Center brought in a large diverse crowd. Vendors came from all over Kentucky such as Bourbon County Corals, and Paul’s Cool Scales from Covington, but also from other states like The Ohio Fish Rescue, Spikes Corals from Georgia, and Luis Reef just to name a few.

The expo held a little something for everyone. Aquatic and semi-aquatic pet lovers of all types were represented with a large variety of reptiles such as snakes, turtles, salamanders, Axolotls, and a diverse array of freshwater and a few saltwater fish. Plus a few tarantula as well.

If you were looking for aquarium maintenance items, those were available. Also, a large selection of driftwood for fish and reptile tanks was available.

There were numerous complete tank setups throughout the expo up for silent auction with bids increasing quickly during day one of the event.

The stage was set and ready for podcasts, plus competition was fierce in the tank décor design contest, and gift cards were awarded to random folks in attendance. There were also door prize drawings with the final grand prize drawing for a 75-gallon aquarium and stand.

The main guests were Big Rich and Reaper from The Ohio Fish Rescue, LLC which is a not-for-profit organization which saves unwanted pet fish and other aquatic species. You can view their organization at http://www.ohiofishrescue.com/. They also have a Facebook page and a YouTube channel you can subscribe to. If you are an aquarium hobbyist or just interested in fish in general, The Ohio Fish Rescue is a must see.

We talked with JP Merlo, founder of the Kentucky Fish and Tank Rescue and the man with the dream of holding the Mammoth Cave Aquarium Expo about the whole experience.

“If you weren’t there you missed out! Thousands of people showed up and the vendors were amazed.”

“We want to thank all of the platinum sponsors and Big Rich from the Ohio Fish Rescue for their support and we look forward to seeing everyone again at another expo real soon!”

Merlo is never without a new endeavor, launching his YouTube channel for his rescue. You can subscribe at http://youtube.com/channel/UCD4XmzKam25odHMZz-vnsAA. He is looking for the first thousand subscribers.

You can also check out his Facebook page at Kentucky Fish and Tank Rescue and he schedules tours for children to learn about the chemistry/science behind aquariums. 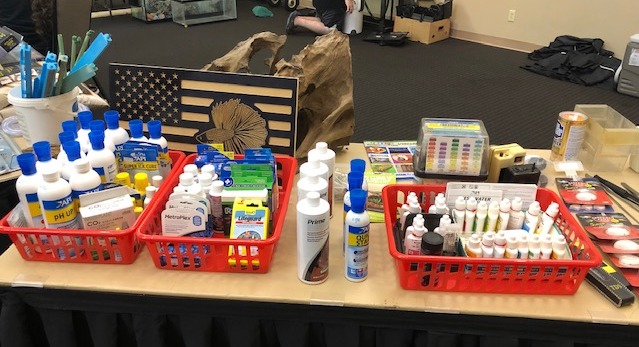 A variety of items for aquarium hobbyists were available from the Kentucky Fish and Tank Rescue booth. The wooden flag was created by another vendor who does custom woodworking and etched pieces. Photo by PJ Martin 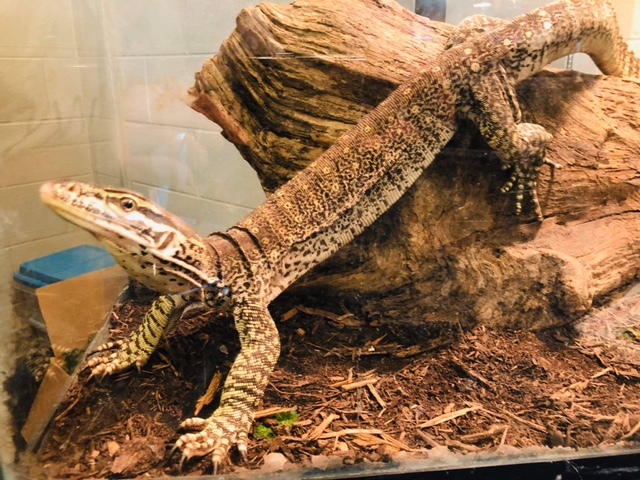 One of many lizards, salamander, turtles, frogs, and tarantulas for purchase at the expo. Photo submitted by JP Merlo 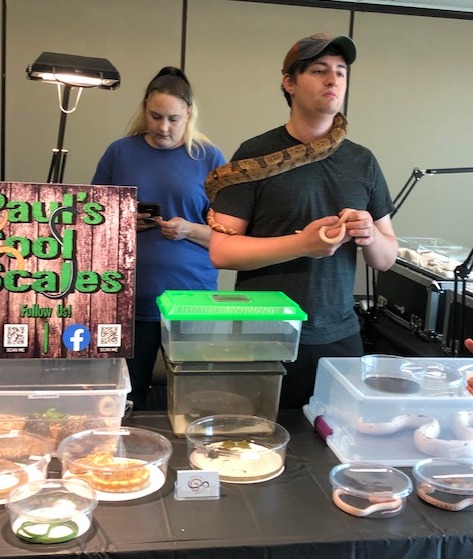 Pauls’ Cool Scales brought a large variety of snakes for their booth. Photo by PJ Martin 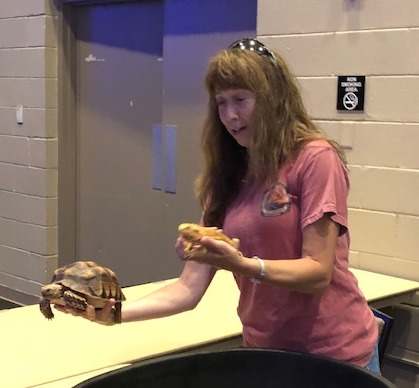 A couple brought their pets – a parrot, tortoise, and bearded dragon to educate about the species. Photo by PJ Martin 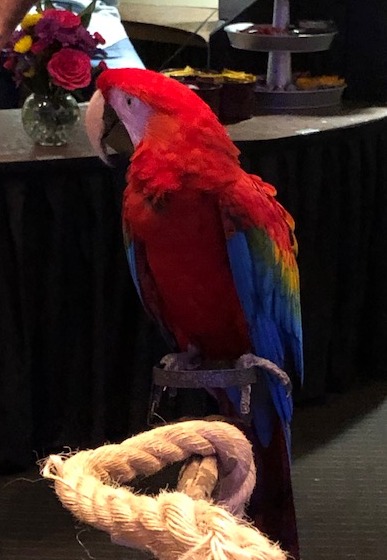 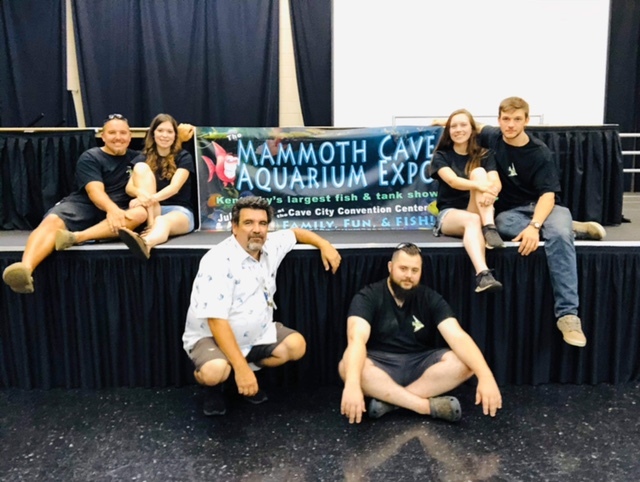 JP Merlo and the dedicated volunteers at the Kentucky Fish and Tank Rescue. Photo submitted by JP Merlo