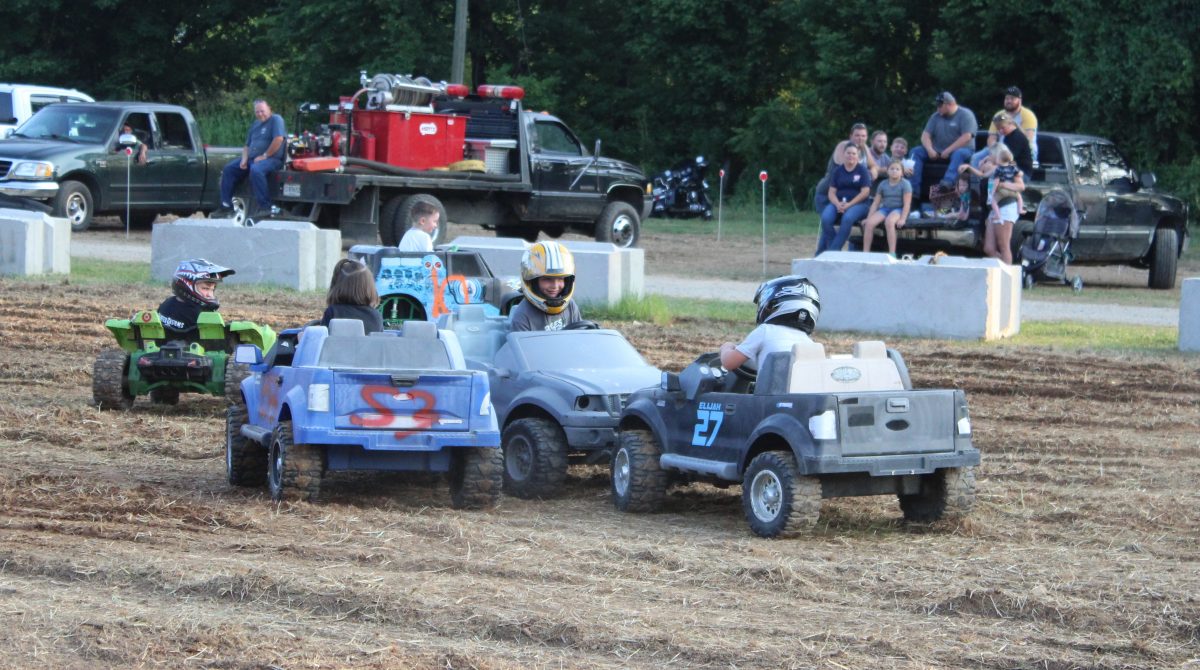 The competition was fierce among the young drivers. Photo by PJ Martin

The long-awaited demolition derby, originally scheduled for the first night of the Metcalfe County fair, was held on July 24th.

A good size crowd came out despite the sweltering heat to see the 15 entrants beat and bang their way to the last car still moving.

Brandon Bell, on a last minute notice, did a great job announcing for the evening and the Barren-Metcalfe County Ambulance Service was on hand to take care of a couple of spectators who needed help.

The first battle belonged to the future drivers in their battery-powered vehicles. Five children entered and each did a great job and each received a prize for their efforts.

The top four of the first and second heats went on to the final battle with the top three remaining drivers winning.

See more photos on our Facebook page at Edmonton Herald-News. 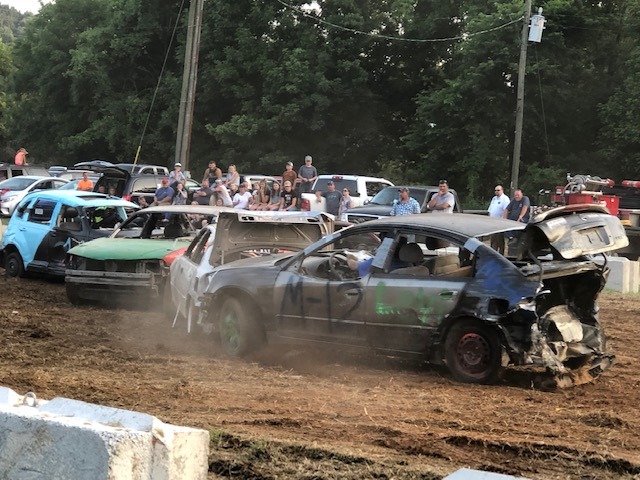 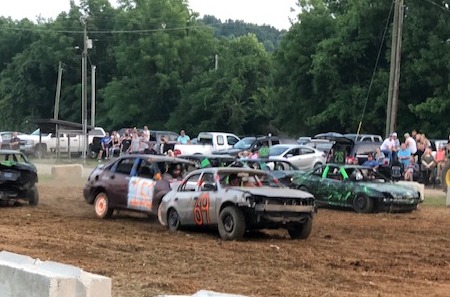 No. 69 getting a little push down the arena. Photo by PJ Martin