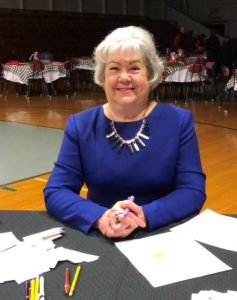 When Gaye Shaw began her 27 years with the Edmonton-Metcalfe Chamber of Commerce, it was a meager beginning.

The “office” was a storage room behind the Quick Shop. It was outfitted with a wall phone, a typewriter, a bottle of whiteout, and a used copy machine that filled half the room.

“I was a stay at home mother from 1983 until 1994, so I had not done any typing in a long time. I type so slow!” Shaw reminisced. In the early days, it was slow going all the way around.

“If the phone rang, or I got a letter from someone requesting information about Edmonton or Metcalfe County it was very exciting,” she said.

I didn’t stay that way though, soon the chamber began to grow.

Shaw says that for all the changes, one thing has never changed. The challenge has been, “money”.

“There is no question about it. Like a lot of nonprofits, money has been an issue all along,” she said.

Along the way, Shaw and the fluent board of directors have come up with creative ways to raise money, and wonderful events to promote the community. She says that she’s most proud of the Senior Celebrity Banquet.

“The ides came along at a time when the school system was getting a lot of negative attention, and there wasn’t really anything to honor any of the kids, unless they excelled athletically.  I thought we really needed something positive,” said Shaw.

The Board of Directors has sponsored the event, and it has drawn many positive comments from parents, students and educators.

As she prepares to train the next Executive Director, and step back from her duties, she said she will miss the people.

It was in fact the people that have made it all worthwhile she says.

“When I moved here in 1982, I didn’t know anyone except my brother-in-law and sister-in-law. In this role, I have met people that I otherwise never would have met, and many of them have become very dear friends,” Shaw said.

Shaw plans to continue limited involvement with the chamber after the beginning of 2022, but she also plans on spending a lot of time with her nine grandchildren.

Kim Hardwood, who will begin training in the chamber office soon, is eager to learn from Shaw, who has built a solid and lasting foundation for what is knows as the “biggest little Chamber in Kentucky”.

“I’ve had the pleasure of working with some great women, but Gaye may be the most impressive dedicated woman that I’ve ever met. She has done an incredible job here, and I can’t wait to learn from her,” she said.

Harwood is a lifelong resident of Metcalfe County. For 27 years she worked for the Cabinet of Child and Family Services, and for many years has worked at the Metcalfe County Sheriff’s office.

“It was a pleasure to work with Rondal and Lonnie, and it’s been a chapter of my life I will always appreciate,” she said.

In both prior careers, Harwood has seen the challenges the people of the county face. She’s looking forward to being in a role that focuses on the positive aspects of Metcalfe.

Harwood has been involved with the chamber for many years, and the leadership class in 2008. She’s currently serving a two-year term on the board of directors.

“I like the small town community atmosphere that we have, and I’m excited to be more involved with the community,” said Harwood. 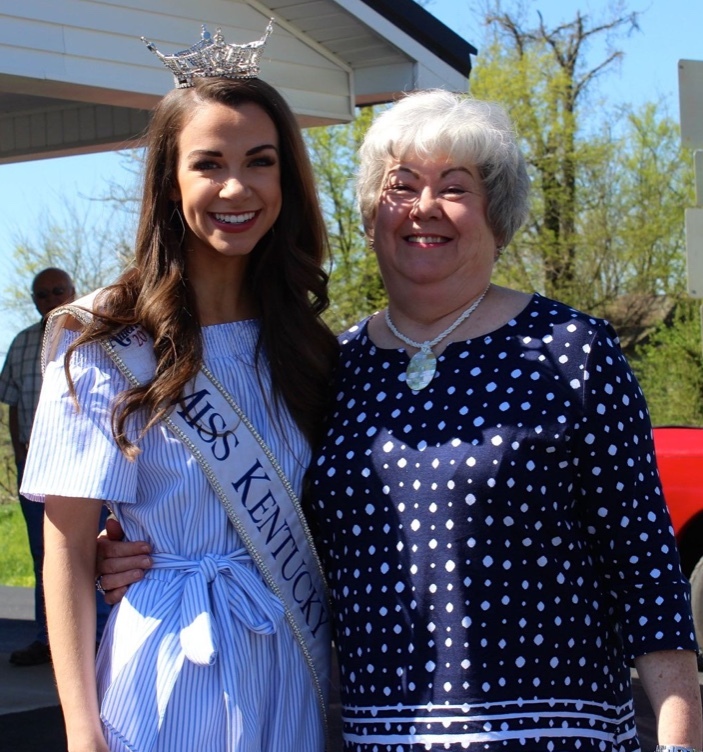 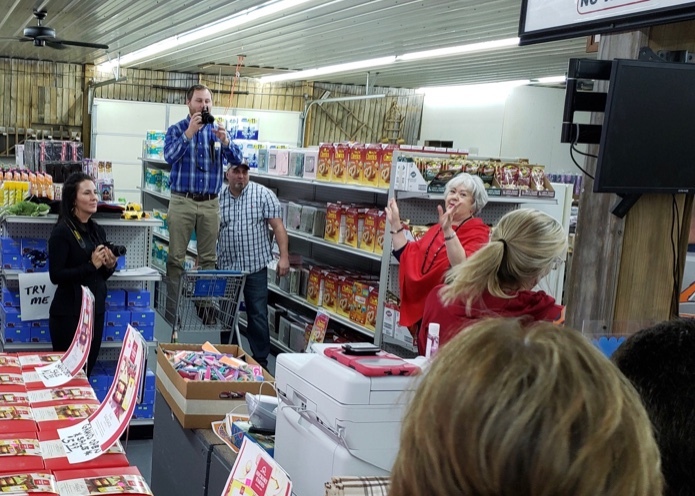 Group photo at a ribbon cutting. 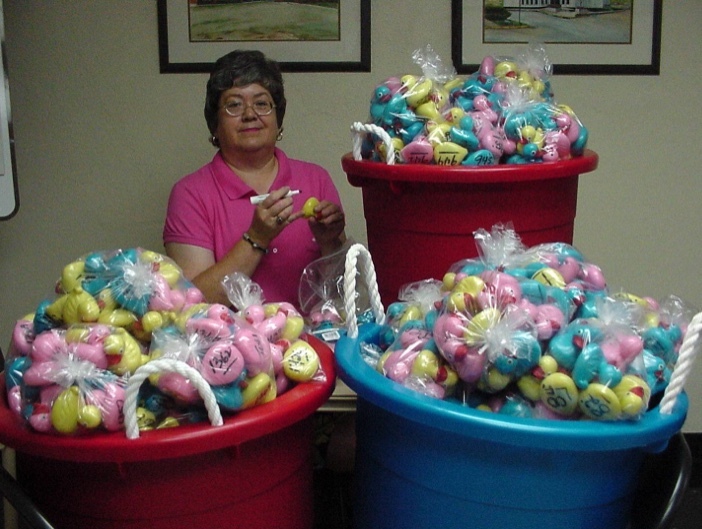 Getting the ducks ready for the Duck Race at Sulphur Well Park. 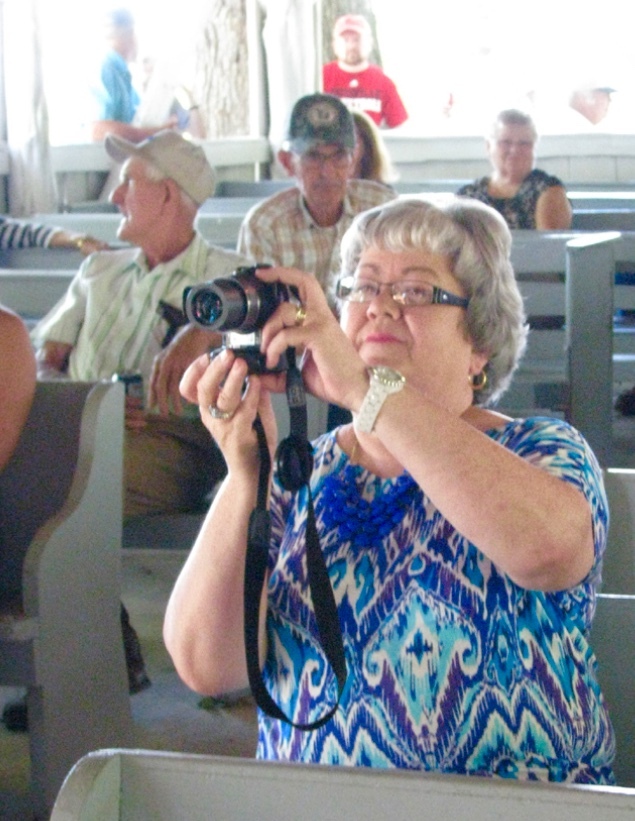 Taking photos at the Branstetter Park Homecoming and Music Festival. 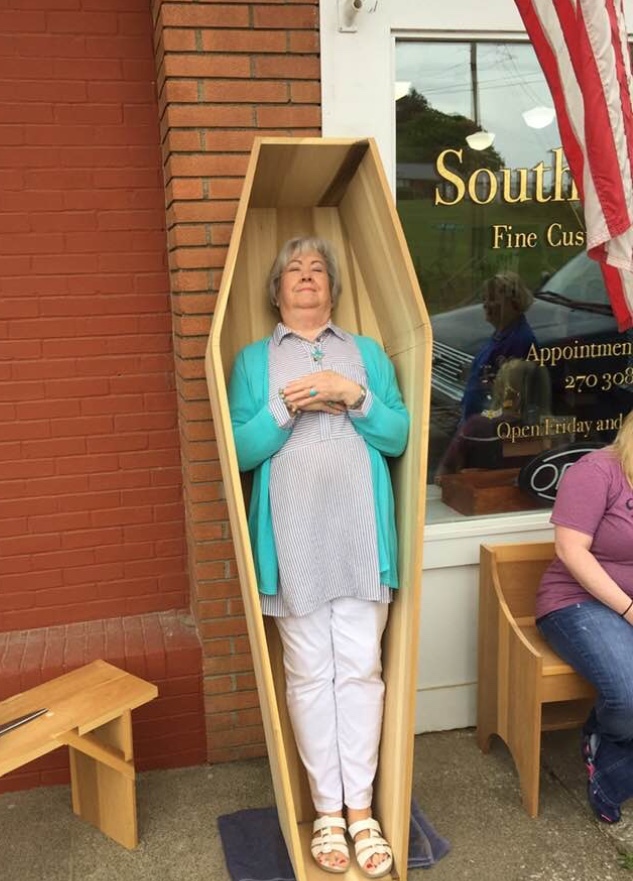 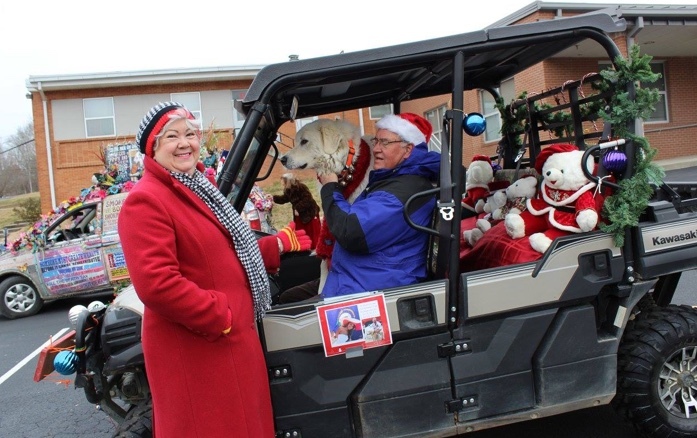 Getting ready for the Christmas Parade. 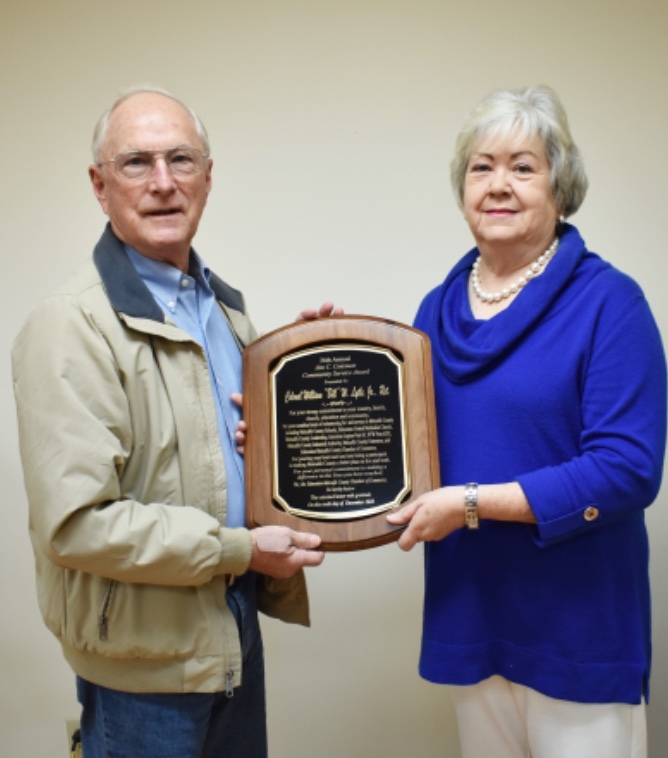 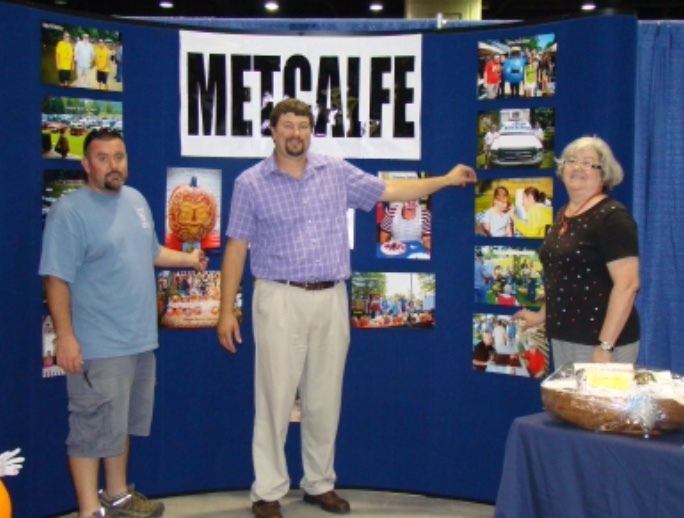 The Metcalfe County booth at the Kentucky State Fair. 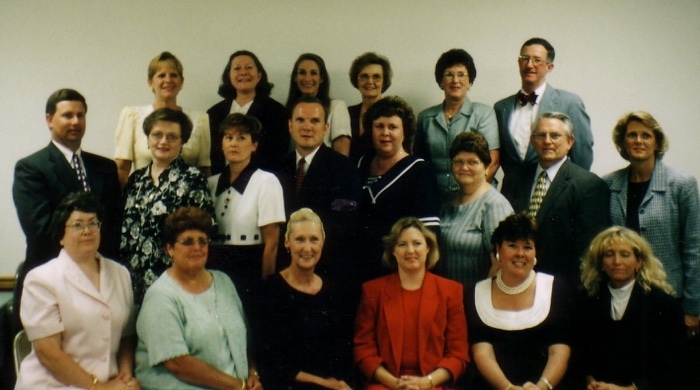