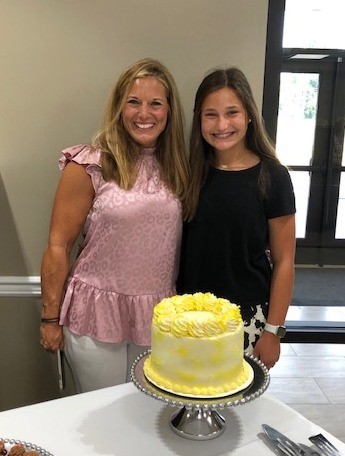 Friday afternoon, a very special young lady was recognized by The Peoples Bank, the City of Glasgow, and Barren County. A Proclamation was signed designating July 23rd as Haylin Adams Day.

The amazingly talented 12-year-old Haylin Adams is well known locally after competing on Season 9 of the Food Networks Kids Baking Championship where she competed against 11 other bakers and finished 4th.

Applicants were given multiple assigned baking challenges via email (due to COVID lockdowns) and the finished products were then presented for scrutiny via Zoom. These competitions narrowed the field down to just the 12 bakers, including Haylin, who competed in the Kids Baking Championship.

When asked what it was like to compete Haylin said, “It was a great experience being on the show and it was pretty cool to get to be on there and meet Duff and Valerie and get to make all those friends.” She added that the contestants were competitors on camera, but off-camera they all became good friends.

You would think after the experience of competing on TV that Haylin would have dreams of being a baker, but no, “I want to be a veterinarian because I love animals so much, but I still might make some treats on the side.”

Most would cater such an occasion, but not Haylin, she baked a luscious lemon cake with lemon filling, snickerdoodle cookies, and chocolate cupcakes with chocolate butter crème for the occasion.

The People’s Bank President Terry Bunnell paid tribute to Haylin with a donation of $250 to the Barren County Read and Feed Program plus another donation of $250 to Shop With A Trooper. The second donation is special because Haylin’s father, Tim is a Trooper.

Her mother, grandmother, and those in attendance agree that this young lady represented her family and her hometown well. 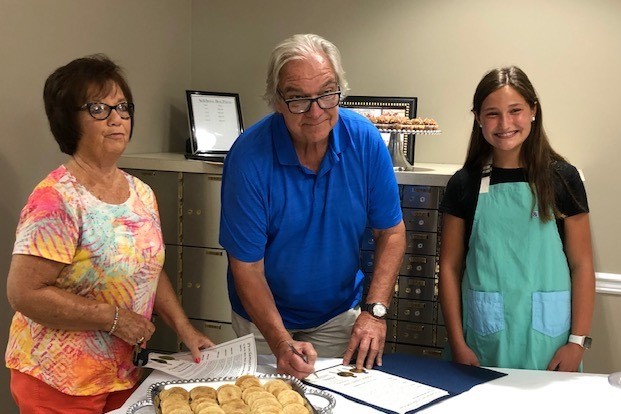 The Peoples Bank donated $250 to the Read and Feed Program which feeds children in the county during the summer. Photo by PJ Martin 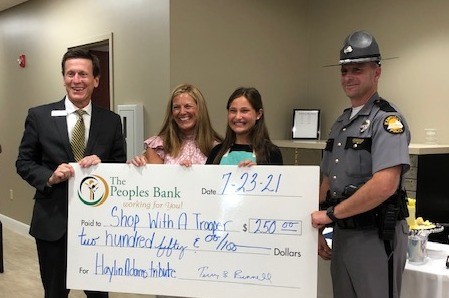 The Peoples Bank donated $250 to Shop With A Trooper in honor of Haylin. Photo by PJ Martin