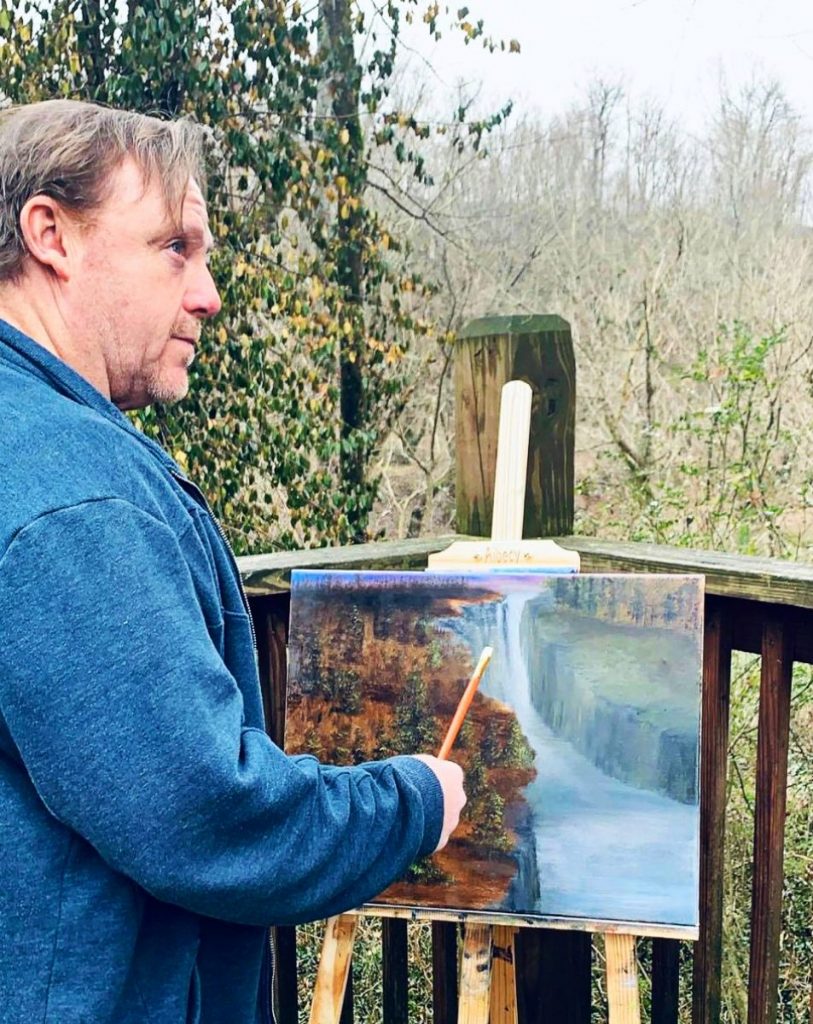 Earlier this year, Mammoth Cave National Park announced its International Year of Caves and Karst (IYCK) Art Contest. The theme for this year’s contest was “Discover what’s under your National Park”.

The regional contest included not only the state of Kentucky but also Indiana, Tennessee, Virginia, Ohio, Missouri, and Illinois. Entries were received through June 12 and winners were announced earlier this month.

Local artist Troy Burden of Hardyville received 1st Place in the 18 and older age group with his original oil painting titled, “The Blue Hole” in which he depicted the view looking out of a cave.

Troy’s artwork will now go on to compete at the national level.

“I have put paintings up for viewing on YouTube, but this was my first competition,” Troy said. “The painting I done was in my head from day one. I wanted to paint a blue hole just inside a cave entrance. Hopefully I captured that.”

For Troy, winning came as a surprise.

“The shock was real when I was contacted by Mammoth Cave (National Park) that I had won,” Troy said. “It gives me great pleasure to know people are enjoying the work. It’s definitely worth the effort. The painting will now go on to the national level to compete with all other paintings in the United States.”

Although he has been painting for quite some time, it is just in the last few years that Troy said he had the courage to share his artwork with others.

“As long as my paintings are enjoyed by everyone it makes all the effort worth it,” Troy said. “Being able to sell paintings and win contests is something fantastic, but the true treasure lies in the imagination of the mind.”

Troy’s painting will be forwarded to the National Cave and Karst Art Contest. National winners will be announced on the event homepage in September.

To view more of Troy’s artwork, join his group “Painting with Troy” on Facebook. 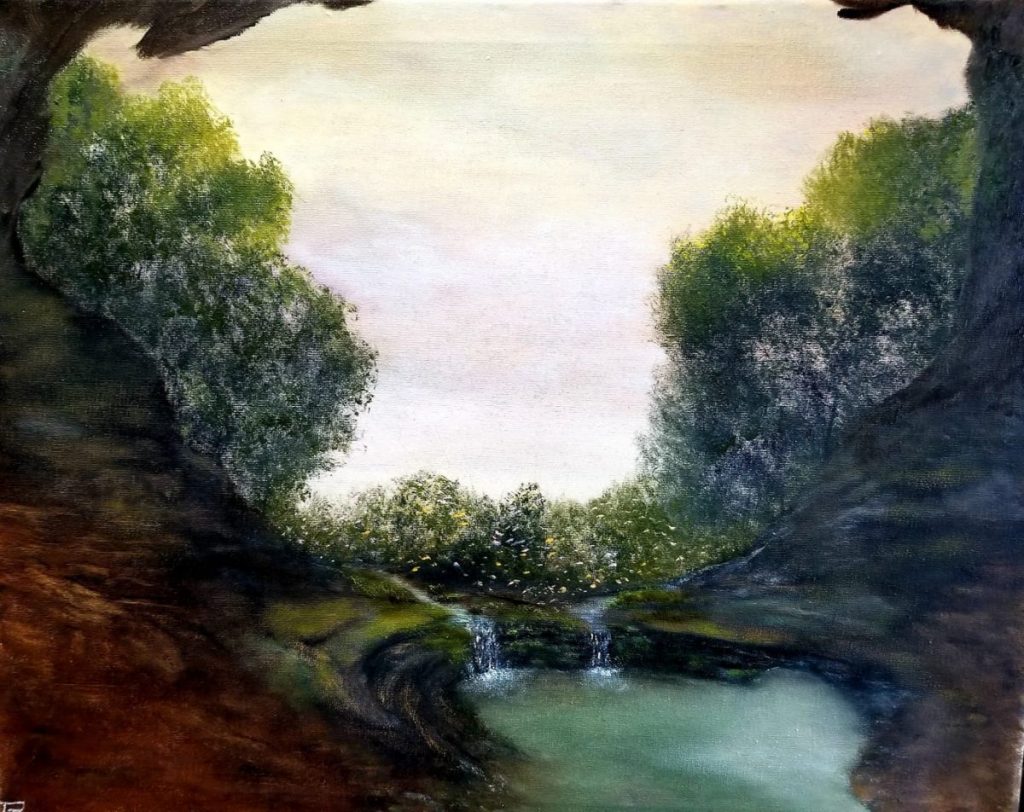